Women in peace and security: ‘What can we do better?’ 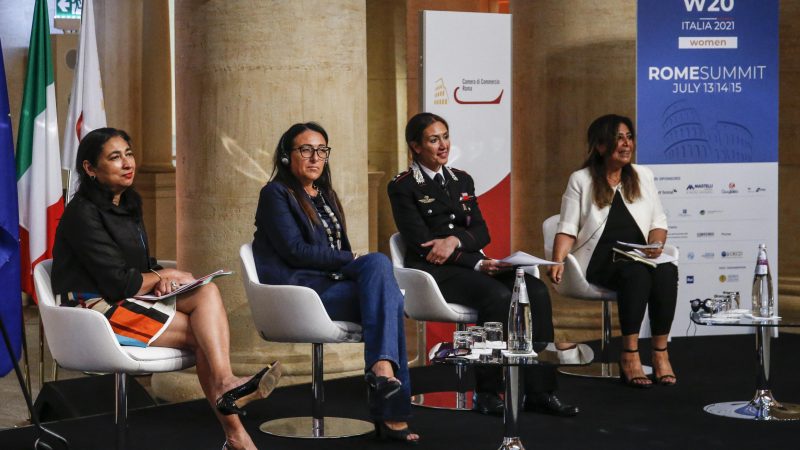 It has been nearly 21 years since the United Nations Security Council adopted Resolution 1325 on women, peace and security. However, key female changemakers from the EU, UN, and NATO say there are still years of work to be done before achieving equal representation.

Female international security executives held a webinar on Wednesday (22 September) in coordination with the European Policy Centre (EPC). The focus of the debate was simple: “What can we do better?”

Resolution 1325 stands on three pillars: protection, prevention and participation. Alia El-Yassir, the UN Women Regional Director for Europe and Central Asia, said participation is the most critical pillar right now. Without it, she explained, world leaders cannot ensure that “women’s needs and interests are fully represented” in protection and defence plans.

El-Yassir said the topic of feminism has returned to the mainstream in recent years and noted that the current UN Secretary-General, António Guterres, defines himself as a feminist.

“When you are the only person with that [feminist] voice, you feel outnumbered,” she said, emphasising the importance of outspoken high-level leaders like Guterres.

Yet, speakers say there is still a long way to go. Lieutenant Colonel Diana Morais, chair of NATO’s Committee on Gender Perspective, said women are still underrepresented across the military, which remains a “very hierarchical institution.”

El-Yassir added that no woman has ever been a commander or deputy commander for an EU military mission. According to data and its current track, she said the EU is 325 years away from “equal representation,” with 465 years for NATO.

But aside from statistics, it is “incredibly important to invest in human beings,” El-Yassir said.

Female leaders across the board agree that including women in peace and security talks results in more inclusive, practical plans.

And work towards gender equality “[can] and should be done by both men and women,” added Charlotte Isaksson, a Senior Gender Advisor for the European External Action Service.

The three women highlighted that discussions on equal opportunity must continue to occur because major organisations are nowhere near their initial goals on equality.

“If we can send people to whatever planets people with money are travelling to now, we can achieve gender equality,” Isaksson said.