A Helsinki spirit? The EU should pay attention to Finland’s initiative

By Henri Vanhanen and Niklas Novaky 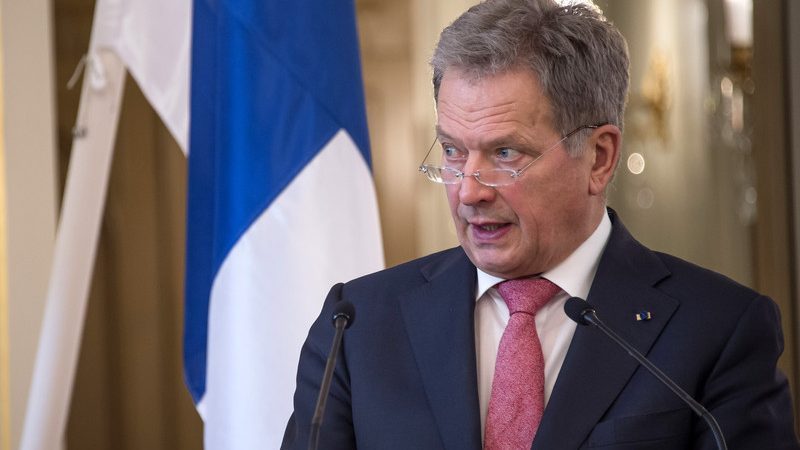 The European Union has multiple reasons for embracing the Helsinki Spirit initiative as it would complement the ongoing internal EU-level reflection processes on the bloc’s future and strengthen its ability to implement its multilateralism strategy, write Niklas Nováky and Henri Vanhanen.

Niklas Nováky is senior research officer at the Wilfried Martens Centre. Henri Vanhanen is a foreign policy adviser at the National Coalition Party of Finland.

For the past year, the EU has been engaged in two major internal reflection processes to guide its future.

These are the cross-sectoral Conference on the Future of Europe, and the security and defence-focused Strategic Compass process. In addition, European Commission President Ursula von der Leyen announced in September that she would convene a Summit on European defence in 2022 to help the EU step up its efforts on defence policy.

While Brussels has been focused on these internal processes, one European leader has proposed an additional global process that has so far received little attention from the EU.

Earlier this year, Finish President Sauli Niinistö introduced his initiative to revive the ‘Helsinki Spirit’ ahead of the 50th anniversary of the 1975 Helsinki Final Act, a seminal document that eased tensions between the Western and Eastern blocs and contributed to the end of the Cold War 15 years later.

President Niinistö is concerned about the deteriorating relations between great powers, Europe’s decreasing influence on the world stage, the increasingly hostile rhetoric that world leaders use to communicate with each other, and countries’ eroding commitment to guiding principles of the Helsinki Final Act.

These include inter alia respecting sovereignty, refraining from the threat or use of force, settling disputes peacefully, and respecting human rights and fundamental freedoms. These principles remain as valid today as they were in 1975.

The core of Niinistö’s proposal is to focus on the forthcoming 50th anniversary of the Helsinki Final Act and moreover on the “Helsinki Spirit”. The key idea would be to have a global conversation and involve countries such as China that are not members of the Organization for Security and Cooperation in Europe, the guardian of the document.

Niinistö hopes to boost dialogue, mutual understanding, and trust between different countries, not just like-minded ones, with the aim of having another Helsinki Summit in 2025.

Niinistö made his proposal initially in the Finnish daily Helsingin Sanomat in March and, in July, published an article on the matter in the American Foreign Policy journal.

He has already discussed the idea bilaterally with world leaders such as German Chancellor Merkel, French President Macron, Russian President Putin, Chinese President Xi, and US Vice-President Harris. Niinistö also raised the topic in his speech to the UN General Assembly in September.

The overall reception has been positive, according to Niinistö.

In some ways, the idea of reviving the Helsinki Spirit can be seen as a response to US President Joe Biden’s plan to hold a Summit of Democracy, which would bring together like-minded democratic countries.

This is because Niinistö’s proposal stresses the importance of also engaging with those who do not necessarily share one’s own values and principles. From the perspective of global peace and stability, the latter is at least as important as the former.

Reviving the Helsinki Spirit and organising the Summit of Democracy could therefore become complementary processes for strengthening global commitment to shared values and principles.

The EU’s silence on the Helsinki Spirit has been surprising, especially as the principles of multilateralism, dialogue, and conflict prevention are coded in the treaties of the Union and their promotion is a key goal of the EU’s foreign policy.

Revising the Helsinki Spirit would also strengthen the Union’s ability to achieve the goals outlined in its new multilateralism strategy, which was published in February. According to the document, “a well-functioning multilateral system is a strategic interest for the EU in its own right.”

The Conference on Security and Cooperation in Europe (CSCE), which led to the Helsinki Final Act, was also one the first success stories of common European foreign policy.

The European Political Cooperation, the predecessor of the EU’s Common Foreign and Security, was highly effective in coordinating the positions of the (at the time) nine members of the then European Community during the CSCE process.

As a result, they were able to shape the outcome of the Summit to a far greater extent than any of them would have been able to alone. The EU should seek to repeat this success story by helping to revive the Helsinki Spirit.

Challenges for the Helsinki Spirit remain, however. For example, Poland is experiencing a Belarusian hybrid attack and Russia is massing its military forces along the Ukrainian border.

Earlier this year, EU-China relations deteriorated following Beijing’s retaliatory sanctions against several members of the European Parliament, European diplomats, and experts. Some would therefore argue that this isn’t the right moment for the EU to be seeking ways to increase dialogue with its adversaries.

But it is precisely for such reasons that reviving the Helsinki Spirit is worthwhile. As EU foreign policy chief Josep Borrell noted ahead of the presentation of the draft Strategic Compass to the EU Council on 15 November, “Europe is in danger”.

The ongoing conflicts along the EU’s borders could easily escalate even further, either by design or by miscalculation. To reduce the chances of this happening, it’s necessary to keep lines of communication open.

This doesn’t mean that the EU should belittle the gravity of the challenges that it is experiencing. While reviving the Helsinki Spirit is necessary and important, the Union also needs to continue to stand firm whenever its security or values are being threatened by hostile actors.

The EU can be an effective international actor only if member states perceive European efforts as contributing positively to security.

Overall, the EU has multiple reasons for embracing the Helsinki Spirit: it was a key player in the original CSCE talks, the Helsinki Spirit process would complement the ongoing internal, EU-level reflection processes on the Union’s future, and it would strengthen the EU’s ability to implement its multilateralism strategy.

The EU should welcome this proposal.