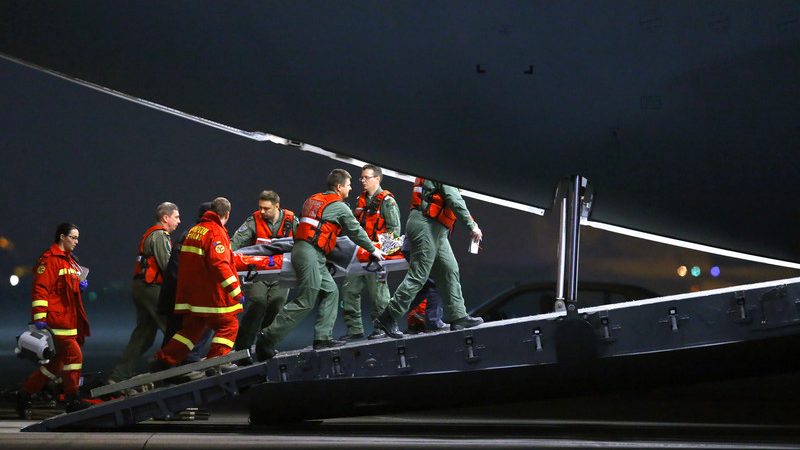 The COVID-19 pandemic, which began to spread from Asia in late 2019, has hit the EU hard. Although previously prepared documents such as the 2016 EU Global Strategy have highlighted that preventing, detecting and responding to global pandemics is an EU priority, the Union—like most of the world—was caught off guard, writes Niklas Novaky.

Niklas Novaky is a research officer for EU security and defence policy at the Wilfried Martens Centre in Brussels.

For the foreseeable future, EU governments will be preoccupied with dealing the pandemic’s massive socio-economic consequences: businesses will close, unemployment will rise, and overall economic activity will decrease sharply.

To recover, countries across Europe will have to adopt unprecedented financial stimulus packages, adjust their budgets, and increase their national debt. Some are even calling for a new Marshall Plan for Europe.

Other policy areas will be affected as well. This includes the EU’s security and defence policy, the development of which has been characterised by unprecedented dynamism since 2016.

The greatest leaps forward have been taken in the are of European defence industrial cooperation through initiatives such as Permanent Structured Cooperation (PESCO), the European Defence Fund (EDF), and the Coordinated Annual Review on Defence (CARD). Other initiatives are still in the pipelines.

However, COVID-19 is likely to extinguish the dynamic development of EU defence cooperation that we’ve witnessed over the past years.

As most of the attention and resources of EU governments will (understandably) be dedicated to tackling the immediate socio-economic fallout of the pandemic in the coming months, they will have less time and money to spend on initiatives that won’t directly support their post-COVID-19 recovery. This will have several implications for EU defence cooperation.

First, the EDF but also the planned European Peace Facility and military mobility will almost certainly receive less funding than previously planned. The proposed funding for them dropped sharply already during the previous negotiation rounds for the 2021-2027 MFF, which took place before the current crisis.

This was because several member states have been unconvinced of their utility and hence unwilling to fund them at the levels proposed by the European Commission.

Once the MFF talks resume, these initiatives are likely to receive even fewer euros unless their strongest proponents can argue that they support Europe’s recovery from the COVID-19 lockdowns.

Second, the political willingness in the EU to address the crisis in its southern and eastern neighbourhoods is likely to decrease.

As the member states become more inward-looking in the months ahead due to the necessity of tackling the socio-economic consequences of COVID-19 at home, they will have less appetite for addressing out-of-area conflicts that do not affect them directly.

The EU’s crisis management activities won’t cease completely of course, as demonstrated by the Union’s recent decision to launch Operation IRINI to monitor the UN arms embargo in Libya. Yet, it will become harder for the Union (and NATO) to mobilise the member states to address additional flare-ups in Libya, Syria, Ukraine or elsewhere.

Third, the EU will have to study how its security and defence policy could be better utilised to provide solidarity to countries hit by sudden crises to sustain the high level of public support the policy enjoys.

The challenge here is that the Lisbon Treaty gives the Union only very limited powers over health matters and operational CSDP activities have to take place outside the EU’s borders.

Yet, the member states could jointly set up a new high-readiness European Medical Response Force (EMRF) outside the EU framework like Eurocorps.

It could provide medical support to national authorities, set up emergency field hospitals, and conduct emergency medical evacuations, for example. It could also be developed in the framework of PESCO, which already features two medical-related projects.

Fourth, COVID-19 should encourage the EU to conduct an honest review of the existing tools in its CSDP toolbox. Many of those tools have proven their value in more times than one since CSDP become operational in 2003.

However, there are also some that have failed to deliver on their promises, most notably the EU’s battlegroups—never used since the first ones were placed on standby in 2005. Any tool that cannot do what it’s supposed to do should either be fixed or—if that’s not possible—discarded.

Especially after COVID-19, the EU cannot afford to sustain broken instruments in its toolbox.

Fifth and finally, the EU should fully revise the 2016 Global Strategy. This need existed even before COVID-19 as the document was written at a time when the UK’s Brexit referendum hadn’t event been held and Hillary Clinton was the favourite to win the US presidential elections.

As COVID-19 is likely to be hugely transformative globally, the EU needs to setup process to reflect on how its geopolitical environment has changed once the dust of the pandemic eventually settles.

It has previously been suggested that the Union should develop a new ‘Strategic Compass’ to help it implement the security and defence aspects of the Global Strategy. However, a compass won’t help the EU if the map it’s using to navigate no longer reflects the surrounding environment accurately.

The COVID-19 lockdowns will eventually open and the EU will recover from the socio-economic fallout over time. However, the Union that will emerge from the ashes of the pandemic is likely to look different to the Union that we’ve known until now.

It is therefore important that policymakers in Brussels and other EU capitals begin to reflect how the pandemic is likely to affect different EU policy areas, including security and defence, to minimise the risk of surprises.