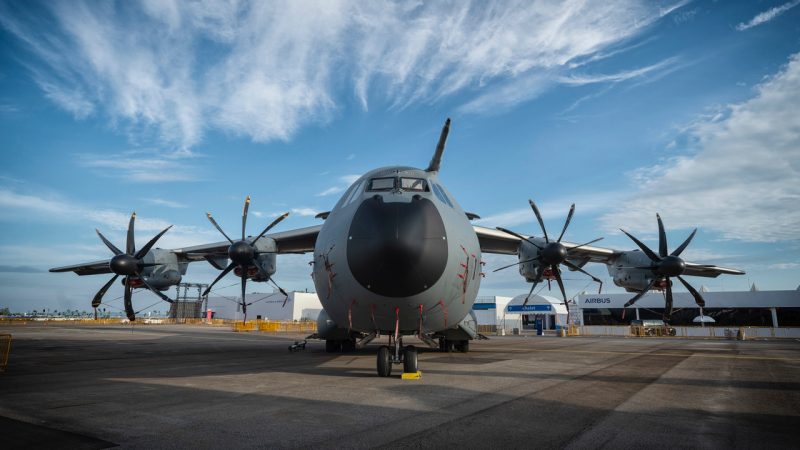 EU leaders have the opportunity to shape the European defence landscape for decades to come, writes Guillaume Faury.

EU leaders have the opportunity to shape the European defence landscape for decades to come, writes Guillaume Faury.

Guillaume Faury is the CEO of Airbus

The Russian invasion of Ukraine has ushered in a new age of conflict and violence on Europe’s borders. For the past three months, we have woken up every day to the reality of warfare, inflicted on a country of 44 million people; a sovereign nation, let us remember, with aspirations to join the European Union as a liberal democracy.

Our role and priority, whether as business leaders, policymakers or as European citizens, is to support the people of Ukraine in their hour of need and alleviate their suffering.

The invasion has brought rapid geo-political change. Within Europe, it has triggered a collective awakening. Europeans are standing shoulder to shoulder like never before. Many more people now realise that peace and stability are fragile and must be defended.

Meanwhile, we see once again that governments, businesses and civil society must address global crises together. This has been the lesson of COVID-19, the climate emergency and the economic crisis of 2007-8. The era of unilateralism is over, hopefully never to return.

Our armed forces play an indispensable role in guaranteeing the security and stability we all depend on. But they have suffered from a lack of funding and coordination, calling into question their readiness for the kind of high-intensity conflict unfolding in Ukraine. In recent weeks, Europe’s leaders have moved quickly to put this right. In doing so, they have the opportunity to shape the European defence landscape for decades to come.

The signs are encouraging. In March, the EU Council endorsed the first ever EU Strategic Compass on defence, following an assessment of the risks of the future. Proposals include equipping European defence with new capabilities, such as a rapid deployment force, increased funding, improved cyber security and the strengthening of partnerships with critical allies like NATO and the UK. All of which would leave the EU better placed to respond to current and future threats to its borders.

In the same month, the Versailles summit of Europe’s leaders called for the Commission to propose urgent measures to strengthen Europe’s defence industrial base. The Commission has answered with concrete, innovative suggestions to encourage the joint procurement and funding of military equipment in Europe – something that has been frustrated by legal or budgetary technicalities for too long. These proposals will be debated and, hopefully, endorsed at the upcoming EU Council meeting on 30-31 May.

Why does European defence cooperation matter? Europe is blessed with a defence industry that is competitive on the global stage. The industry will play a vital role in realising the EU’s defence ambitions by developing the defence and security systems of the future. There’s no question we have the skills and technological capabilities. But progress will ultimately be determined by our ability to forge the deep, strategic partnerships that have underpinned our sector’s past successes.

To understand why cooperation matters, you only have to look at the next generation of defence systems. The Future Combat Air System, a partnership between France, Germany and Spain – and one that must be informed by a true spirit of cooperation – will encompass new combat and unmanned aircraft, satellite technology, artificial intelligence, cloud computing and much more. It’s an integrated defence system on a scale unimaginable even 20 years ago.

Such a project cannot be developed by one European country alone. We need to pool our expertise and financial resources to bring it to fruition. In Europe, we are stronger together and not when we fall back behind national borders and interests. The Commission’s latest proposals would foster this cooperation.

But it’s not just about the more distant future. Europe’s defence industry is already producing equipment that supports Europe’s strategic autonomy. Strategic and tactical transport aircraft, manufactured across Europe, could, for example, be a vital part of a European rapid deployment force. European industry also has expertise in unmanned aerial systems that could strengthen border surveillance in the bloc. The EU now has the opportunity to realise this potential and smooth the path of joint procurement and investment.

Finally, Europe’s defence industry needs access to finance. Some people have called for defence businesses to be excluded from financial services on the grounds that, by the very nature of their activities, they are socially irresponsible businesses. But recent events have proven otherwise. European democracy must be defended with hard military power. And the threats to our way of life are real. The financial sector should be encouraged to support security and defence.

Europe has responded to the invasion of Ukraine with a startling unity of purpose: it should now extend this to European defence policy. There is so much at stake, today in Ukraine and tomorrow for us all. Peace and stability are the foundation of European democracy, the rule of law, prosperity and human progress.

By embracing the Strategic Compass and endorsing the commission’s new proposals, Europe can strengthen its defence capabilities at a time of uncertainty. To those hostile to our values, we can send a powerful message about our shared commitment to defending them.