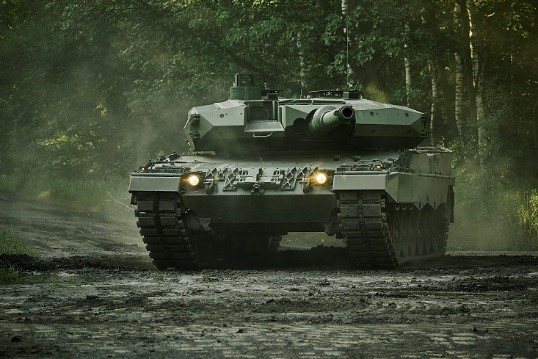 As the world struggles with a global pandemic, the US navigates its post-election reality and China’s role on a world stage is changing, European defence cooperation is ever more important. Poland, due to our very particular historic experience, is dedicating a lot of attention to the matters of security, writes Andrzej Sadoś.

We will soon be celebrating our Independence Day, which commemorates regaining sovereignty in 1918, after 123 years of foreign occupation and partitions.

That independence was immediately challenged by the barbaric Red Army in 1920. Defeated once in the Battle of Warsaw, the Soviet threat re-emerged even stronger through a diabolic pact with Hitler’s Nazi Germany in 1939.

Poland’s relentlessness in resisting both totalitarianisms at the same time resulted in a betrayal legalised in Yalta and half a century of communist oppression.

All these events mean that Poland’s concerns over its security remain justified and our approach towards stability and peace on the continent is very realistic. We are always looking for concrete guarantees rather than slogans and vague declarations.

The decision to establish conditions for the participation of third states in Permanent Structured Cooperation (PESCO) projects could be a milestone in strengthening European defence potential. It may well be the last missing element of PESCO’s institutional framework.

The agreement on the participation of third states in PESCO opens the door not only to the EU’s main security partner, the US, but also to other NATO alies, in particular the United Kingdom.

Poland has always advocated maintaining strong relations with London post-Brexit and this decision paves the way also for the UK to continue contributing towards our collective security.

An ambitious vision has the best chance to come true when it rests firmly on three sets of realities.

The first one is found in one of the fundamental assumptions of the EU’s Common Security and Defence Policy – and PESCO for that matter – that NATO remains the cornerstone of defence of those EU member states that are also NATO Allies (20 out of 25 participating member states). PESCO, therefore, is designed to respect the commitments those relevant member states have undertaken within the Alliance.

Second, an avenue for cooperation must always be open for countries which share our values and defence objectives, in particular NATO Allies. It is necessary for the efficiency of our actions.

Without NATO and Allies on board, some projects, such as Military Mobility, would simply not be feasible. Strong EU-US and EU-UK partnerships are crucial to building a more democratic, secure, and prosperous world.

The third reality relates to the modus operandi of the defence industry across Europe today. In many member states, the defence sector often works hand in hand with foreign investors. They are carefully screened before given access to the national defence-industrial know-how, as well as provision of their own value added.

Such entities, based in the EU but with links to foreign investments (also through management structures abroad), continue to operate under the EU law and the laws of Member States, including national security regulations.

They create jobs, pay taxes and have every right to belong to the very European defence industrial base that PESCO projects are designed to strengthen.

Poland is ready to contribute significantly towards the PESCO projects. We already play our part, for example as a leading nation for Special Operations Forces Medical Training Centre. We also aim to deliver on key, high-end military capabilities, which are in scarce supply but in great demand for European security.

In particular, we see the potential for developing a new-generation main battle tank as a PESCO project. Our defence industry can provide tangible input.

Globalisation and specialisation have made the European defence industrial landscape organically connected, or even interdependent, with third state partners and suppliers. PESCO’s quest for a more European collaborative approach, as legitimate as it is politically, raises an expectation that we ought to seek the best value for our money.

Therefore, we should keep our industry open for close relations with its external partners, to absorb, share and jointly create the most advanced technology. Only in this way can we keep the European defence sector inter-operational and with an edge in a globally competitive environment.

At the same time, we should bear in mind that the resources currently allocated for PESCO projects are only a drop in the ocean of financial needs related to security.

Poland has been one of the most active proponents of an open and inclusive approach – with our transatlantic partners, especially the US and the UK, in mind. I believe that through our Council, we have managed to find a long-awaited and fair solution. There is now a set of formal conditions giving the member states the necessary control on who joins the projects.

As the list of PESCO initiatives expands, we will need to take a closer look at high-end capabilities as well as emerging and disruptive technologies. We want the projects to be ambitious and partners, who both share our ambition and could significantly contribute towards its fulfilment, are always welcome.

PESCO at three is gaining momentum with 47 practical projects underway and with defence administrations of participating Member States tuning in to better meet their commitments.

The militaries and industries are delivering the first results. Our decision allows the EU initiatives to be better linked to other endeavours, thereby giving priority to European stability and security of our citizens.