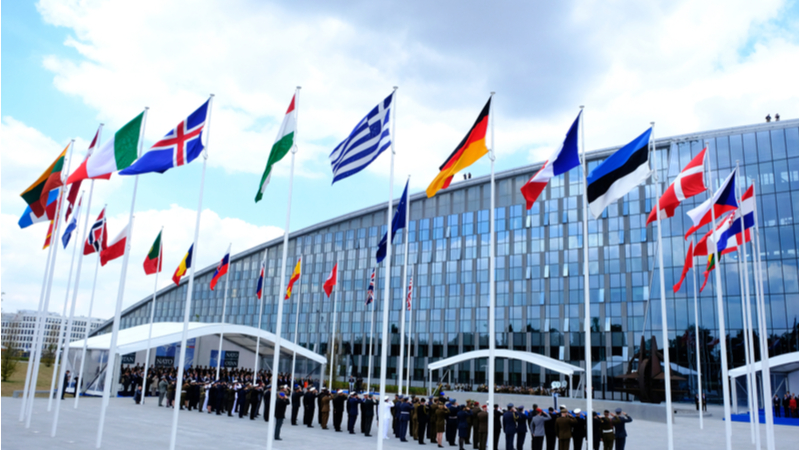 As NATO and its member state leaders look to address advanced threats, the defence industry will need to meet their expectations and deliver technological innovation while maintaining secure top-quality manufacturing and trusted capabilities. [Shutterstock]

Leaders of the 29 nation-strong North Atlantic Alliance gather in London this week to mark its 70th anniversary to examine the emerging security challenges that it will face in the forthcoming days.

Chris Lombardi is Vice President of Business Development at Raytheon.

An increasingly assertive Russia has conducted hybrid warfare against its adversaries on a global scale. China is building up its reach and ambition. Rogue state and non-state actors have growing access to capabilities – cyber, drones, or long-range missiles for instance – enabling them to threaten Europe’s strategic networks. The Alliance, its member states, and their defence industry partners have a long road ahead in arenas such as hypersonics, space, and artificial intelligence. However, one thing remains steadfast: we must maintain our competitive edge through coordinated investments, sharing of best practices – both successes and failures – and shaping policies that promote optimal innovation in timely cost-effective ways. Now is not the time for isolation among allied nations and industry partners, but for cooperation.

Competition and cooperation across the transatlantic supply chain are vital to foster a climate of innovation and keep our competitive edge over those who challenge our collective security. It is essential that these channels of cooperation remain free and open – not only for larger industry partners such as Raytheon – but also for our small and medium-sized industry partners in Europe. Isolating countries with a sophisticated industrial base – that could help realise the most advanced technologies – is detrimental to keeping NATO and its member states safe.

Recognising the need for complementary and niche capabilities to address this changing battlespace, Raytheon continues to proactively partner with companies across Europe. For example, we worked together with Saab to develop a new type of shoulder-launched, laser-guided munition for infantry troops. The munition flies at near-supersonic speeds and can penetrate multiple targets including fortified structures, bunkers and light armoured vehicles. Its augmented precision enables soldiers to use it in complex battle environments to reduce the risk of collateral damage.  The U.S. Army and ground forces of more than 40 countries use this Carl-Gustaf weapon system.

The Patriot air and missile defence system provides another example of successful industrial and military cooperation with its supply chains crossing the Atlantic. It is the backbone of NATO’s air and missile defence and partners from Poland, Germany, and beyond contribute to the advancements of the systems.  Further, Norway’s Kongsberg Defense & Aerospace have worked with us for 50 years most notably for the NASAMS air defence system, which protects the U.S. capital and five European nations (Norway, Spain, Finland, The Netherlands and Lithuania). NASAMS demonstrates key European technology imported into the U.S. – and a partnership that is economically beneficial on both sides of the Atlantic.

The list continues. The Evolved SeaSparrow Missile (ESSM) programme is a partnership among 12 allies (nine of which are European) and their respective industries to continue to enhance and sustain the most cutting-edge anti-ship missile in its class. ESSM remains the largest and most successful international cooperative weapon programme in NATO.

As NATO and its member state leaders look to address these advanced threats, the defence industry will need to meet their expectations and deliver technological innovation while maintaining secure top-quality manufacturing and trusted capabilities. Achieving this objective will require access to an open and fair transatlantic defence market.  The intention by European members of the Alliance to increase their defence spending, either separately or through the EU, is welcome, but this cannot be carried out at the expense of open competition and cooperation that have underpinned the success of the Atlantic Alliance since its founding 70 years ago.