Lobbying and undue influence: It’s time to put the spotlight on defence 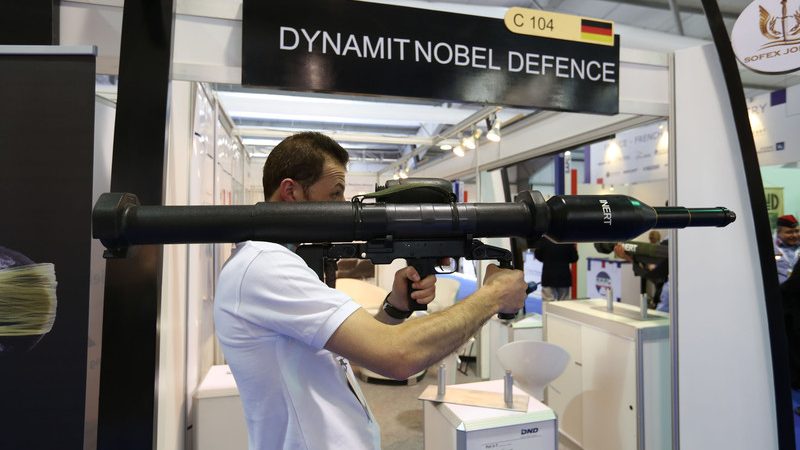 Defence is one of the most important policy areas for governments around the world, but related decision-making is rarely as transparent and fair as it should be and lawmakers must shine a light on lobbying by the arms industry, argues Charlie Linney.

The first responsibility of any democratic society is to keep its citizens safe. This makes defence and security one of the most important policy areas for governments around the world. Policy decisions around defence should be shaped through consultation and debate to provide maximum public benefit, as in other sectors.

But what happens when the arms industry plays a part in shaping that policy? Can governments truly fulfil that all-important responsibility if decisions are being disproportionately influenced by these private, and often secretive, interests?

The reality is that decision-making in the defence and security arena is rarely as transparent, well-regulated, fair or inclusive as it should be. A combination of weak oversight, loopholes in legislation, and rules that are rarely enforced means arms companies enjoy privileged access – and an open door to shape defence and security policy.

Why do these loopholes persist? Put simply, corporate influence is legal and, when appropriately transparent and well-regulated, can be beneficial to the policymaking process.

But the over-reliance on, or excessive influence of, industry can drown out other voices. This understandably raises questions over whose interests national defence and security policy decisions really serve.

This situation is further complicated by the unique relationship governments have with their domestic defence industry, being simultaneously both the main customer and the main regulator.

Because government is reliant on its defence industry for the fulfilment of one of its core obligations – providing security for its citizens – it is easy to see how lines can quickly become blurred.

Governments, therefore, have an interest in leaving the door ajar for the defence industry. If unchecked, disproportionate influence can pervert the aims of a national security strategy, undermining the public good and leading to the inappropriate use of public funds.

The pathways through which the defence industry can influence national policy include traditional and informal lobbying, political financing, privileged meetings with decision-makers, and the ‘revolving door’ between the public and private sector.

This is not unique to the defence industry. But when combined with the huge financial resources of arms companies and the veil of secrecy under which much of the sector operates, it can pose a significant challenge to the integrity and accountability of decision-making processes with potentially far-reaching consequences.

The newly launched European Defence Fund (EDF) is a case in point.

With the stated aim of increasing efficiency and cooperation, EDF funds will contribute to the research, development and production of new defence equipment.

It is therefore unsurprising that the establishment of the EDF has been accompanied by a noticeable increase in industry lobbying at the EU level. In 2017, the same year the fund was announced, the 10 largest European arms companies spent a combined total of €5.6 million on lobbying, almost double the amount spent in 2012.

These pathways of industry influence can also be seen in major European countries; but they do not exist in isolation. Systemic vulnerabilities within government defence and security processes – in particular defence budget, strategy and procurement – allow this influence to flourish and multiply its effects.

In Italy, defence companies exert influence by lobbying with little to no monitoring or scrutiny and by funding influential think tanks to produce policy-focused research.

Compounded by the absence of a comprehensive and regularly updated defence strategy, this means that government decision-making in this area is more ad hoc than systematic.

Without clear and long-term planning, those with an interest in security government contracts – namely, arms companies – have an opportunity to disproportionately shape and influence policy decisions.

In Germany, lax rules around policymakers declaring conflicts of interest leave the door open to MPs wishing to take up lucrative defence industry side-jobs. Frequent and prominent cases of job switches between the public and private defence sector allow industry voices to reach and take root in the heart of government, with little oversight.

Meanwhile, despite robust systems of defence strategy formation and procurement, significant gaps in capabilities have led the German Ministry of Defence to rely on technical experts from the arms industry. This, combined with gaps in regulations and under-enforcement of existing rules, opens the door to private sector influence over key strategic decisions.

Ultimately, governments must take steps to appropriately constrain, regulate and shed light on the role that the defence industry plays in shaping government policy on defence and security issues.

Establishing mandatory lobby registers, strengthening conflict of interest regulations and their enforcement, and ensuring transparency of arms procurement that facilitates meaningful oversight is a good place to start. It is then essential that governments work to tackle both the ‘pathways’ – that is, lobbying, political financing, the ‘revolving door’ and the systemic vulnerabilities in defence strategy formation and procurement.

The solution is straightforward: close the loopholes in regulations and open the door to better transparency and oversight. Government defence institutions must work for the people, not for private gain.