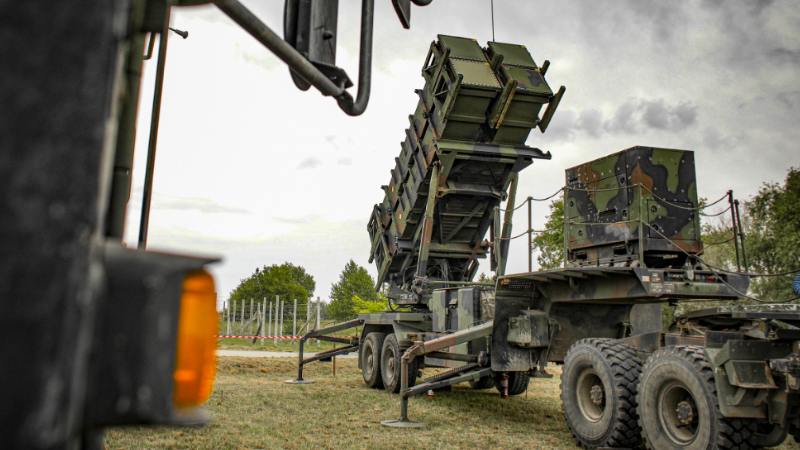 Europe’s adversaries are constantly developing new airborne capabilities – from swarming drones to long-range ballistic and hypersonic missiles. Left unchecked, these threaten millions of lives in Europe, as well as NATO’s strategic networks across the continent.

Chris Lombardi is Vice President of Business Development at Raytheon.

In response, NATO allies are constantly developing new technologies to counter these deadly threats. One of the most effective ways NATO allies can ensure military and security readiness against airborne attacks is to test their defence systems in realistic scenarios and live-fire exercises.

Exercises strengthen trust between nations, build confidence in the defence systems, and test the skills of personnel who often have only limited opportunities to operate in such scenarios.

In early June, the U.S. military and European allies conducted a series of air and missile defence drills at Aviano Air Base in Italy and other locations in Europe. Known as Astral Knight 2019, the exercise involved hundreds of personnel from the U.S., Croatia, Italy and Slovenia, putting systems such as Patriot, and the long-range, high-altitude AN/TPY-2 ballistic missile defence radar through their paces.

Those joint training exercises improve multinational interoperability in integrated air and missile defence (IAMD) across Europe. By using a range of different and challenging scenarios, they give participating countries the chance to make sure they are ready to respond rapidly and effectively to enemy action – at any given moment.

Also, in June Poland hosted a larger NATO air and missile defence exercise, Tobruq Legacy-19, involving units from 14 nations.  These included the Czech Republic, Germany, Hungary, the Netherlands, Romania, Slovakia, U.K., and the U.S. The exercise tested the interoperability and readiness of Patriot, NASAMS, which is jointly developed by Raytheon and Norway’s Kongsberg, and the portable Stinger short-range air-defence missile.

Raytheon’s Standard Missile-3, which is integral to Europe’s defence against ballistic missiles, was exercised against a simulated ballistic missile target. The Standard Missile-2, which recently restarted production for international customers, and the Evolved Seasparrow Missile (ESSM), which provides anti-ship missile defence to the U.S., NATO and other allies, were also tested.

More than a dozen live-fire and simulated engagements were conducted against subsonic, supersonic and ballistic targets in the course of the biennial FS19 exercise. In a ‘first’ for the Royal Canadian Navy, a supersonic target was engaged with Raytheon’s Evolved Sea Sparrow Missile.

These exercises also highlight the value of integrated solutions required for today’s complex battlespace. In short, NATO allies are protected by air and missile defence systems which operate in over-lapping layers to combat threats from every conceivable distance and altitude.

IAMD is the embodiment of NATO’s transatlantic security, demonstrating the allies’ readiness to respond to every type of air and missile threat.

This readiness also sends a powerful message to our enemies and potential enemies: that the many thousands of service personnel, technicians, maintainers, engineers, politicians and civilians working in industry are committed to the same goal of peace and security.

And, taking a page from the history books, the U.S. and NATO allies follow the well-known Latin adage: si vis pacem, para bellum – “if you want peace, prepare for war”.