Russia is making the West more united than ever 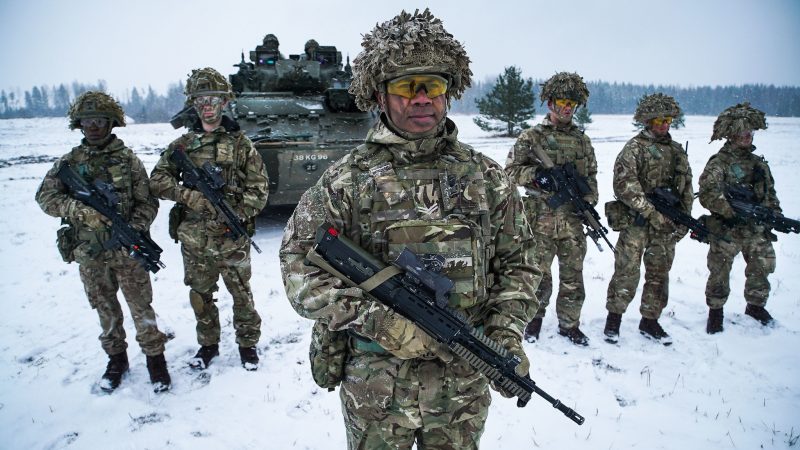 If the Russian-Ukrainian conflict turns hot again, the response of the West will not be as muted as in 2014 when Crimea was invaded and annexed, writes Róbert Vass.

Róbert Vass is the president and founder of GLOBSEC, a global think-tank based in Bratislava, Slovakia.

Analysts and pundits these days are constantly asking what game Vladimir Putin is playing.

To what purpose did he amass 100,000 Russian troops on the border with Ukraine?

Is the invasion a real possibility or is this just a bluff of a former KGB, poker-faced spy who wants to extract concessions from the United States and sow division among the Western allies?

Is he looking for a pretext to attack Ukraine and annex even more of its territory?

Last week’s talks in different formats (bilateral US-Russia, NATO, OSCE) have all broken down. It was hardly surprising, given the unrealistic demands of the Russian side. Even Mr Putin was probably not expecting that the US and their allies will agree to a new Yalta-type of international agreement.

The West would be childishly naïve to accept that Ukraine or Georgia would be forever banned from accession to NATO while eastern flank countries of NATO, including Slovakia, having second category of membership.

Appeasement rarely works, especially when dealing with a serial offender who broke many promises.

In 1994, Russia was a signatory of the so-called Budapest memorandum when – in exchange for taking over Ukraine’s nuclear arsenal – it promised to respect the territorial integrity of Ukraine.

We do not have a crystal ball to look into Russian souls, read their intentions and predict the actions of the Kremlin. But we have experience stemming from Russian actions and statements throughout the last 30 years.

First, Mr Putin needs conflicts abroad, as they serve a useful purpose of distracting the Russian electorate from the domestic problems. Russia is a shadow of its former self. Its geopolitical trajectory is downward. Its population is declining. The economy is losing competitiveness and is addicted to extraction of hydrocarbons.

This inexorable steady slide into irrelevance does not apply to the Russian enormous nuclear arms arsenal and powerful military. This is what makes Russia so dangerous.

Second, Ukraine – as a thriving liberal democracy with ties to the West – would be living proof that there is an alternative to the current satrapy in the Kremlin. Ukraine is to Russia like Taiwan is to China – pluralistic, open societies that offer a stark contrast to their mighty neighbours.

Third, in their yearning after the glory days of the Soviet Union, some Russians genuinely believe that other countries and people might feel the same. And Ukraine has a special symbolic meaning for Russia – Mr Putin said on many occasions that he believes Russia and Ukraine are “the one and the same people”.

A few days ago there was a fiery Twitter exchange between Sergei Lavrov, Russian foreign minister and Radek Sikorski, member of the European Parliament.

Lavrov said: “NATO has become purely geopolitical project aimed at taking over territories orphaned by the collapse of the Warsaw Treaty Organisation and the Soviet Union”.

To which Sikorski retorted: “Once and for all, in a language you can grasp. We were not orphaned by you because you were not our daddy. More of a serial rapist. Which is why you are not missed. And if you try it again, you’ll get a kick in the balls”.

Friends of Russia in Europe, be them politicians or political groupings, have gone quiet. It is hard to believe or pretend to believe that Ukraine is threatening Russia, that Russia negotiates in good faith.

There is a growing realisation that Russian aggression can take many forms including cyberattacks, manipulation of elections, financing illicit organisations and no country – no matter how far away from Russian borders – is safe. Finland and Sweden are stepping up their cooperation with NATO, not excluding potential membership.

America is not excluding beefing up its deployments in Poland and Romania. NATO has regained its mission and purpose. The EU is learning to counteract Russian disinformation.

If the Russian-Ukrainian conflict turns hot again, the response of the West this time around will not be muted as in 2014 when Crimea was invaded and annexed. If Russia decided to invade, all options – except direct military confrontation between NATO and Russia – are on the table.

For us Central Europeans, the plight of Ukraine is particularly important, for obvious reasons. In Slovakia, we know how it feels to be denied sovereign choices – the memory of the Warsaw Pact invasion of 1968 is still fresh.

Moreover, if Ukraine is attacked today and gets away with it, Russia might escalate its demands versus other countries of the former eastern block.

Not so long ago, some people naively believed that the Western security structures are obsolete and no longer relevant. That Europe is not a geopolitical playground anymore.

We, Central Europeans, have known better all the time. Luckily, the West is waking up to the challenge.