The Brief – A brief guide to nuclear anxiety 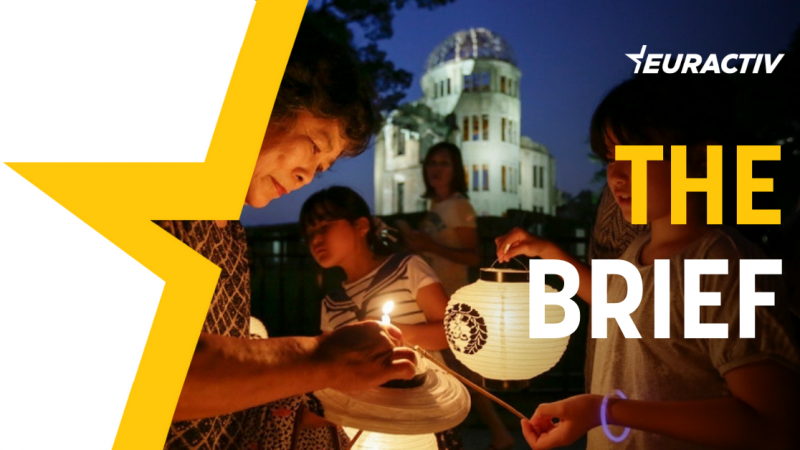 Those who read this text have survived COVID and COVID anxiety. The pandemic is no longer such a threat but there is a new malady on the horizon: nuclear anxiety.

The Lancet has written that a large-scale nuclear war would create a nuclear winter, with temperatures falling an average of about 10°C across the globe, killing most of humanity within a decade. In other words, the end of the world as we know it.

This thought, or even one slightly less apocalyptic, has unsurprisingly made people a little nervous.

One way to measure nuclear anxiety is by monitoring the Google search with the keywords “nuclear war”, which has exploded since Russia invaded Ukraine and reached peaks at different points in time. Scientists have been measuring this anxiety.

The first peak in Google searches was on 27 February, when Vladimir Putin ordered Russian nuclear forces to be placed on “the special regime of combat duty”. There were several other peaks related to the risk of an attack on a nuclear power plant.

The latest was when Russia’s Foreign Minister Sergei Lavrov said Russia would not use nuclear weapons in Ukraine. Denial doesn’t do much to alleviate people’s fears, as we remember the Kremlin’s statements that Russia would not invade Ukraine.

The organisation that won the Nobel Peace prize in 2017, the International Campaign to Abolish Nuclear Weapons (ICAN), authored a paper called ‘Dealing with Nuclear Anxiety‘. “As a global campaign that speaks out about the catastrophic impact of nuclear weapons, we have a responsibility to help people handle this,” they wrote.

One of the things they advise is preparing, adopting breathing techniques, and not being surprised if someone introduces the topic. Better to speak about it than keep it all in.

Nukemap, a website created by Alex Wellerstein, a science historian at the Stevens Institute of Technology in New Jersey, has reportedly been visited by 300,000 people a day in recent weeks.

The website allows you to simulate an attack on your location with a preselected nuclear weapon and learn about the damage. Wellerstein said his website was so overloaded in the days following the Russian invasion of Ukraine that it crashed multiple times.

The author of this Brief was incidentally in Italy a few days ago in an area close to what is believed to be a base with US nuclear weapons. Such bases are considered “legitimate targets” by Russia.

The local people who treated me with pizza and wine introduced the subject before I even considered it. This time we didn’t talk about football or the San Remo festival. We didn’t even talk about COVID, although this region suffered a lot during the height of the pandemic.

“I am not so concerned about my death, but I find it unacceptable that my children should die too,” said one of my Italian hosts, adding that “we love life”. Vox Populi.

Nuclear anxiety has been found to negatively impact the mental health of people of all ages. Coming on top of COVID anxiety, this is a daunting collective experience that could be very hard on the more fragile among us.

For journalists, discussing the risk of nuclear war is also a challenge: a delicate balance between information-sharing and inducing unnecessary anxiety. It’s like the decision to show or not show graphic photos, or illustrate this text with burning candles or a nuclear mushroom.

During the three-hour-long debate between French presidential candidates Emmanuel Macron and Marine Le Pen, climate was discussed for just 20 minutes, despite being one of the most anticipated topics.

France’s far-right presidential candidate Marine Le Pen insists she wants to remain in the EU and “deeply” reform it despite accusations that her programme is just a veiled “Frexit”.

French health professionals urged the electorate to vote against Le Pen’s ‘problematic’ health programme just a few days before she meets incumbent Macron in the final round of the polls.

Despite insistence from stakeholders, the final text of the Digital Markets Act (DMA), containing significant changes to a key data-related measure, will not be revised, according to a note seen by EURACTIV.

Switching to quality gastronomy combined with greening measures in restaurants will be key factors in reviving the Czech hospitality industry in the post-pandemic era, as tourists have now become more demanding in several aspects, Czech restaurant owners have told EURACTIV.cz.

And last but not least, check out our weekly Economy Brief: Funding Ukraine’s reconstruction.

One response to “The Brief – A brief guide to nuclear anxiety”