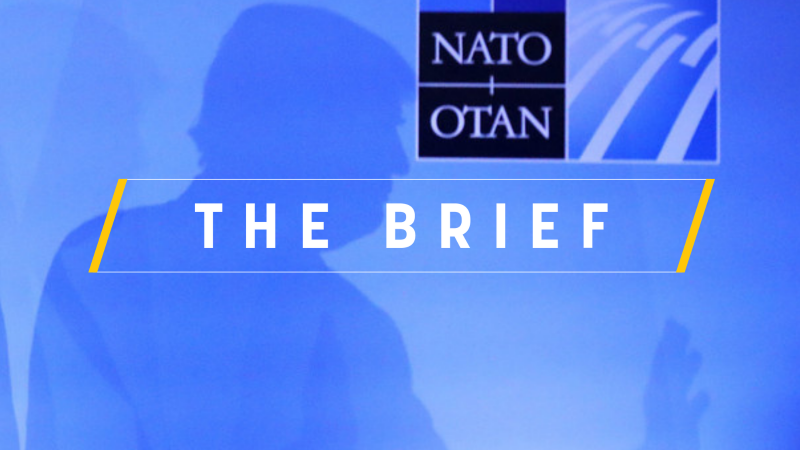 In the past year, NATO member has been spending more money on defence again, after several rebukes from Washington. But not enough to please the current occupant of the White House.

“We expect this trend to continue,” Stoltenberg told reporters this week. Mind you, those are optimistic words in the midst of a pandemic that is going to batter national budgets for the foreseeable future.

Ten out of 30 allies have now reached the famous 2% GDP spending goal, mostly the Eastern European, up from only three in 2014, the report said. But that also means that two-thirds of them don’t.

It is true that NATO members have been under intense pressure to ramp up defence spending from the Trump administration. We can rest assured that the US President will take credit for the spike as has repeatedly attacked NATO as a drain on the US national budget that mainly benefits Europe’s security.

But in fact the increases date back to 2014 when Russia invaded Ukraine and Europeans were prompted to reverse a downward trend in spending that began when the Cold War ended.

In a symbolic show of unity, NATO leaders during the 2014 Wales summit agreed they would aim to hit the 2% GDP target by 2024.

But the measures was non-binding, and more political than military-driven, and even at the time there was widespread scepticism that all NATO countries could ever get there.

In addition, defence spending is difficult to calculate consistently. What exactly counts? And what use is the spending?

Experts have argued that the notion of reaching the benchmark is flawed, as it depends on what countries are actually spending their money on in practical terms – the Greek or French spending target includes a lot of personnel and pension costs, while Eastern European have invested in hardware.

In his first days in office, Trump floated the idea that NATO members would “owe” the US money for not reaching the target.

Germany, which had been repeatedly singled out as the “worst offender” within NATO, is up to 1.57% GDP from 1.36%, but that’s still peanuts in the eyes of the Americans who have already cut the US troop contingent in Germany.

What will change is only the tone as the Democrat, a convinced transatlanticist, believes the US can only play this role in dialogue with its partners.

“Most allies want a Biden victory next month, but they would obviously work with a re-elected Trump administration,” one diplomat at NATO’s Brussels headquarters said.

Trump’s approach to NATO has strained relations with many of its other members, not only with France, and NATO diplomats have floated the idea of a spring meeting as an early chance to repair transatlantic ties after a bruising four years under Trump.

A March summit “would give Biden a platform to bring Europe and North America back together and also give NATO a chance to put the Trump era behind it,” another NATO diplomat said.

Withdrawal from NATO, which Trump once hinted at, is not an option, since there’s an emergency brake in place: the US Senate Foreign Relations Committee in December approved by a bipartisan majority a resolution that would require the Senate’s consent to withdraw the US from NATO.

Stoltenberg said this week that the US presidential elections have not been discussed “at all” in the Brussels headquarters.

But there’s little question that most NATO members would dearly love to see the back of Trump, the disruptor in chief.

Before you head into the weekend, make sure you read the latest editions of our Global Europe, Digital and AgriFood Brief.

NATO defence ministers discussed the protection of critical infrastructure such as submarine cables under the Atlantic, amid growing concerns those could be cut or tapped.

Europe needs a “systematic approach” to meet the climate targets in the Green Deal and create a “fair and prosperous society”, said European Commission President Ursula von der Leyen, in a new report on how to achieve the new goals.