The Brief – Security awakening or another false dawn? 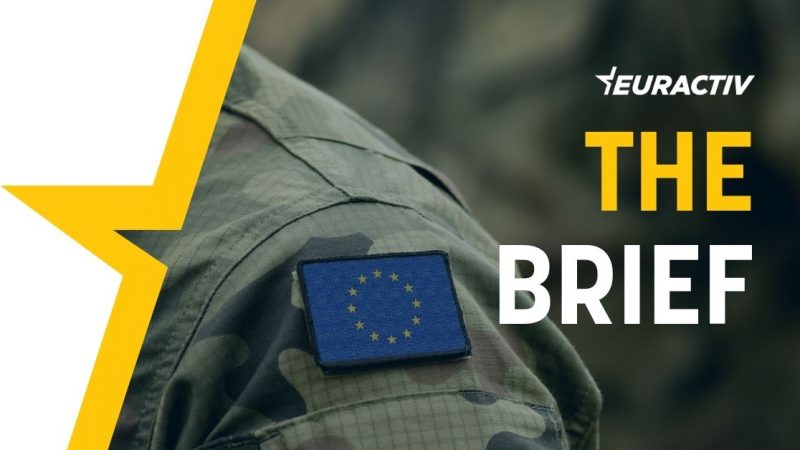 Following the recent security disaster in Afghanistan and the unfolding refugee crisis/migration dispute, another common EU defence idea has resurfaced. But will it actually become reality this time?

Are we at another moment of Europe’s strategic helplessness, another turning point, and, potentially, another security awakening?

As Europe picks up the pieces of its Afghan withdrawal response, EU foreign policy chief Josep Borrell called yet again on Monday (30 August) on the bloc’s governments to push ahead with a European rapid reaction force to be better prepared for similar future crises.

“We need to draw lessons from this experience… as Europeans, we have not been able to send 6,000 soldiers around the Kabul airport to secure the area. The US has been, we haven’t,” Borrell said in an interview with Italian daily Corriere della Sera.

Earlier in May, 14 member states, including Germany and France, proposed such a force, possibly with ships and aircraft, to assist democratic foreign governments needing urgent help.

Heard it all before? Yes, because the idea is not new. In 2007 the EU set up a combat-ready system of battle groups of 1,500 personnel to respond to crises, but they have never been used.

One of the ideas floating around is that those battle groups could now form the basis of a so-called First Entry Force, part of a new momentum towards more EU defence capabilities.

Other ideas, such as the French-led European Intervention Initiative (E2I) or the idea of ‘Coalitions of the Willing’, feed into a similar idea of the EU being able to walk alone if needed.

The tarnished image of the United States – after four years of Donald Trump and now President Biden’s messy withdrawal from Afghanistan – makes a strong argument for proponents of the EU’s strategic autonomy.

From this year, the EU has a joint budget to develop weaponry, is drawing up a military doctrine for 2022 and detailed its military weakness last year for the first time.

“We have reached a turning point. European common defence is no longer an option. The only question is ‘when’,” Breton tweeted.

His fellow Frenchman, President Emmanuel Macron, has (somewhat surprisingly) refrained from making similar statements in the past few weeks, while previously never missing an opportunity to do so.

But let’s limit our doubts to three main ones: national hesitations, incoherent ambitions, and a lack of money.

Such strategic autonomy calls, as suitable they might seem at each moment in time, still lack cross-European political will, also due to differences in threat perceptions and needs across the bloc between East, West, North and South.

Before Brexit, the Brits went to the proverbial barricades to fight against anything that would resemble an attempt to create an ‘EU army’. After Brexit, the misconception about what a common EU defence would be lives on, also because its ambitions are not clear.

An EU rapid reaction force, for example, is not an EU army, but would rather have tightly limited and member states’-sanctioned tasks, such as the evacuation of people, humanitarian, peacekeeping, and peace enforcement missions.

However, with the EU still waiting to see how to meaningfully integrate national militaries or have anything resembling a joint military doctrine, it’s hard to imagine any national government would agree to send its soldiers for anything but a national cause.

And realistically, the financial firepower put into all current EU defence initiatives, be it funding research or investing in infrastructure, proves that the budget available is, at best, a drop in the bucket.

Only four weeks ahead of the German election, the three lead candidates met on Sunday (30 August) to debate the future of Europe’s biggest economy. While the most contested issue was climate policy, one topic was almost completely missing from the agenda: the European Union.