The Brief – Towards a Central Alliance? 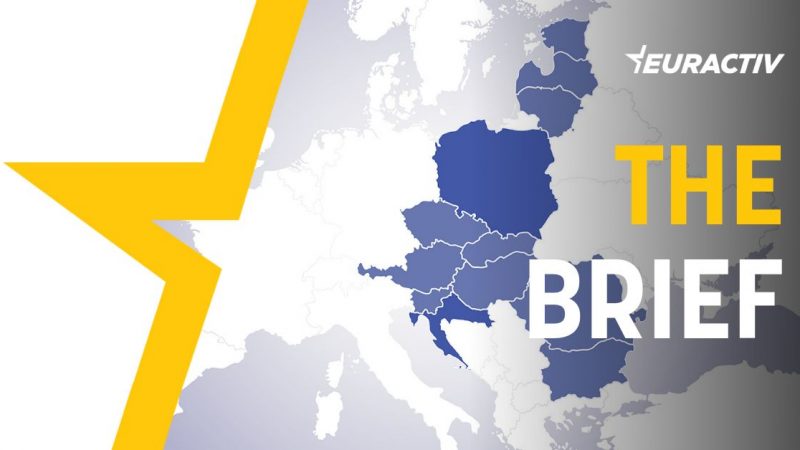 With Ukraine looking to secure its future, the time is ripe to rethink the future security architecture of a large part of the EU – its Eastern flank, which represents a fragile ‘centre’ between Russia and Western Europe.

Or maybe not so fragile? Let’s see.

Ukraine’s leader Volodymyr Zelenskyy has accepted that his country’s future will not be in NATO.

A lot has been said about Ukraine’s future neutral status, which would not be based on any existing model in Europe such as Switzerland, Austria, Finland, Sweden, Ireland and a couple more.

Rather, it would be sui generis, based on guarantees by a group of states such as France, the EU, Germany, Turkey and possibly others.

Such guarantees, Ukraine hopes, would be as close as possible to the famous Article 5 of the NATO treaty.

But Article 5 is not an absolute guarantee for NATO members.

It says that if an armed attack against one of the NATO members occurs, each of the other members will assist the attacked country or countries “by taking forthwith, individually and in concert with the other Parties, such action as it deems necessary, including the use of armed force, to restore and maintain the security of the North Atlantic area”.

The language “such action as it deems necessary” leaves a lot of leeway and certainly doesn’t mean automatically declaring war or sending combat forces to fight the invader.

Moreover, Ukraine had a bad experience with the “guarantors” of the Budapest memorandum of 1994, under which the country gave up Soviet nuclear weapons on its soil in exchange for security guarantees by the US and the UK (and less explicitly from France and China).

George Friedman tops my favourite list of geopolitical analysts. Days ago, he warned that EU countries should not expect too much from the US and said, ‘never forget that the US thinks about its interests first and that the US often makes mistakes’.

In an interview for the Bulgarian public television BNT aired on Sunday (3 April), Friedman said he believes the countries in the Eastern flank of Europe should be inspired by the project that Polish statesman Józef Piłsudski called, after World War I, ‘Intermarium’ – a union of countries stretching from the Baltic Sea to the Black Sea.

Piłsudski’s idea was that with each country being subject to pressure, this would be easier to withstand by countries that form a straight line on the map.

Friedman didn’t mention it, but the modern version of Intermarium is called the Three Seas Initiative (3SI), which Poland and Croatia launched in 2015.

The 3SI gathers 12 EU countries at the level of presidents, mainly from Eastern Europe (from north to south: Estonia, Latvia, Lithuania, Poland, the Czech Republic, Slovakia, Austria, Hungary, Slovenia, Croatia, Romania, and Bulgaria) which link the geographic space between the Baltic, the Adriatic, and the Black Sea.

If Greece joins, there is even a perspective of the “Three Seas” becoming the “Four Seas”.

While some countries pretend to see 3SI as an economic initiative, Friedman argues that the countries stretching from north to south in Europe, with a population of over 80 million, could form a ‘Central’ defence alliance, guaranteeing them better protection than NATO can ensure.

As he said, the West, not only the US but also France and Germany, might not come to the rescue, as each nation follows its own interests.

Now that Finland and Sweden look like they might seek their own future security in NATO, they may also like to join 3SI if the gathering evolves into a real defence union.

Conversely, Ukraine should remain neutral. But it could benefit from the security guarantees of such a defensive alliance, whose members have the ‘advantage’ of not possessing or hosting nuclear weapons and therefore should not be perceived as a threat by Russia.

Even without nuclear weapons, and possibly because it doesn’t have them, the Central Alliance can keep Vladimir Putin at bay. If Ukraine can stop him, imagine what Poland and the others could inflict on his army if Russia were to attack Central Europe.

Right now, the biggest obstacle to moving fast toward a ‘Central Alliance’ is Viktor Orbán, who has just won his fourth consecutive election on a “stay away from the war” ticket.

The latest news there is that Putin congratulated Orbán and expressed his wishes for deepening their relationship, casting an ominous shadow over any pro-Western alliance projects in Central Europe that might include Orbán’s Hungary.

The EU is urgently discussing a new round of sanctions on Russia, the bloc said on Monday as it condemned “atrocities” reported in Ukrainian towns Moscow’s troops had occupied.

Candidates in the French presidential race are divided on whether to keep, reduce or raise the current legal retirement age – a topic that has been a major source of political debate in France for decades.

This year, labour supply bottlenecks could become a problem due to the Ukraine war and the ongoing pandemic, and while the German Farmers’ Association (DBV) calls for the rules to be relaxed, critics argue that deeper issues remain.

Sustainability should be integrated into the digital transition to avoid inadvertently accelerating the climate crisis, according to a UN official.