The EU must adopt a concerted effort to protect peace processes 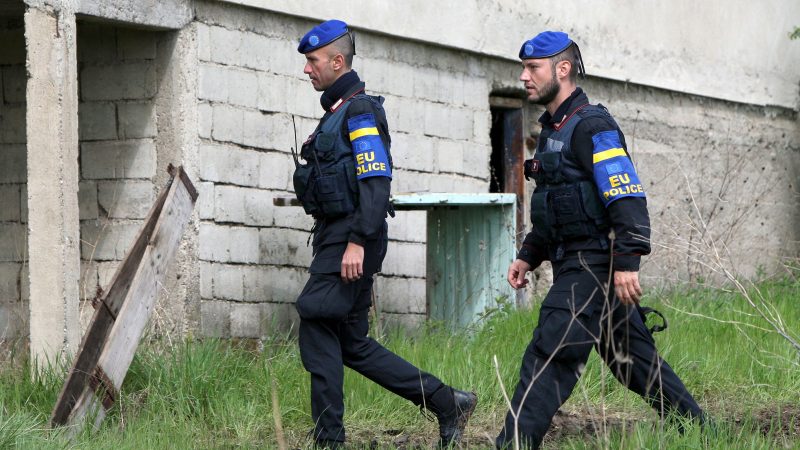 As Europe takes tentative steps to ease the COVID-19 lockdown restrictions, it cannot neglect the virus’ potential to wreak havoc in the poorest and most fragile states around the world, writes Michael Keating.

Michael Keating is the executive director of the European Institute of Peace.

It is in Europeans’ interests to invest in a global response, both on grounds of human solidarity but of self-interest too. As the EU Commissioner for Crisis Management Janez Lenarčič has pointed out “This virus has to be suppressed globally. Otherwise, it will continue to present a danger for everybody.”

One of the features of this crisis is its unpredictability. Factual information about the spread of the virus is very thin in many parts of the world, particularly in conflict-affected countries. But we know that it is contagious, can spread very fast, and is infecting not just people but politics, fertilised by rumour and disinformation.

In many fragile states, there is a real risk that hard-won political accommodations and agreements, whether around elections or constitutional processes, human and women’s rights, resource and revenue governance, and the security sector will be put on hold or unravel, and that peace processes and settlements could fall apart and conflicts be intensified.

The challenge is to ensure that the crisis is used both to increase humanitarian and health access and as an opening to initiate or strengthen dialogue, including to reduce violence and advance political discussions.

The UN Secretary General’s call for a global ceasefire provides a great entry point. It has mobilised enormous support in civil society around the world, and has had some, but not enough, impact on the ground.

For example, in Colombia, the left-wing National Liberation Army (ELN) rebel group, which has been fighting with the Colombian state for 50 years, declared a ceasefire for a month.  The Saudis also declared a unilateral ceasefire in the Yemen war that has resulted in well over 100,000 deaths since 2015.

But since then, momentum has waned with factions seeking to take advantage of the call to entrench their positions.

Unfortunately, the evidence is mounting that calls for ceasefires are being used by armed groups, extremists and states as an opportunity to fast forward their own agendas.

In Colombia, criminal groups have sought to expand their reach whilst the authorities are looking the other way, resulting in a sharp uptick in illicit economic activity, such as drug trafficking, smuggling activities and illegal mining.

In Afghanistan, the Taliban has offered ceasefires to tackle Covid-19 only in areas under its control, and not in government areas. This looks more like a power grab rather than a genuine attempt to work together to beat a common threat.

European states are focused on the domestic implications of the crisis. This is understandable.

But it should not be at the expense of failure to play a decisive role in adopting a forward-leaning, conflict-sensitive approach to the pandemic, particularly in regions where further political instability will have both terrible consequences not just for the people directly affected, but for Europeans too.

Together with its international partners, the EU can spur concerted efforts to support ceasefires that have clear health and humanitarian objectives, protect peace processes, and prevent a new surge in violence. EU foreign ministers meeting virtually this Wednesday should make this a priority.

The so-called ‘Team Europe’ emergency response worth 20 billion Euros is an encouraging step.

Combined with the move by G20 creditors to freeze debt owed by the world’s poorest countries, this will help alleviate some of the immediate strains on many fragile states and help maintain or increase access to food and water supplies and other basic health emergency services.

It will not, however, be enough to stop some situations from spiralling out of control. In many fragile states, a surge in contagions is all too likely, given weak health systems, inability to track, test and treat people. Even without these problems, basic precautions such as social distancing and hand washing are highly problematic.

Lack of information is also a massive issue. Wildly false and toxic conspiracy theories can spread as fast as the virus itself, triggering panic, protest, and potentially explosive violence.

In the absence of comprehensive COVID 19 response plans supported by international actors, the danger shoots up that the virus could be a catalyst for even greater disruption and lawlessness.

The EU and European states, through their extensive diplomatic presence, need to make use of the range of political and diplomatic tools at their disposal, engaging their financial, logistical and operational leverage. This needs to be used to engage with other states and actors that have influence over the parties to conflict.

Each situation is different and needs tailored engagement. But in many fragile states, local and national conflict resolution efforts backed by the international community and the EU have been crucial in resolving differences through dialogue rather than violence.

Successful processes involve a wide range of partners including civil society, religious leaders, women’s groups,  humanitarian mediators, local and international NGOs, the UN and other groups with the credentials and capacity to incentivise parties to talk to each other.

The EU and European citizens will benefit from an approach that anticipates the medium to long term impact. We cannot afford to drop the ball at this pivotal moment.

Everything that can be done should be done to prevent the virus from exacerbating existing conflicts and a rolling back of hard-won rights in fragile regions – and ideally to support practical action and cross-line dialogue in face of the common threat.