Time to make the leap with European crisis response units 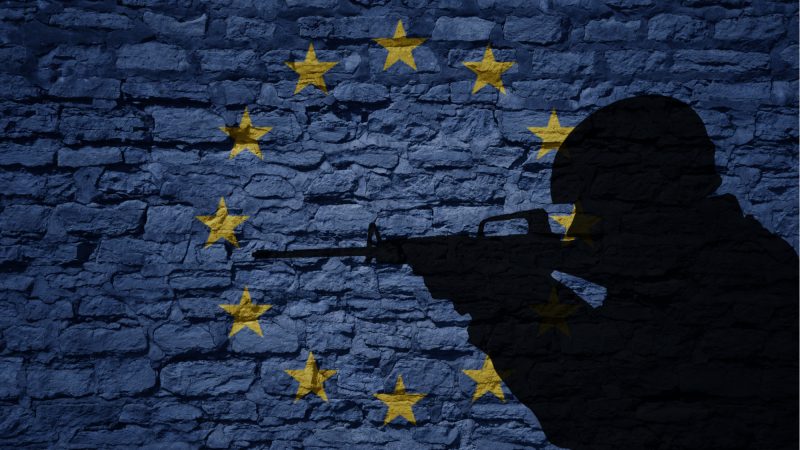 Over the past few months, corridor gossip has spread about an alleged Commission proposal for a 5,000 unit-strong EU “initial entry force”. [Shutterstock/esfera]

Over the past few months, corridor gossip has spread about an alleged Commission proposal for a 5,000 unit-strong EU “initial entry force”. Political will is both the main trigger and obstacle in the process, write Francesca Romana D’Antuono, Reinier van Lanschot, and Emile Fabre.

Against the backdrop of the dramatic security situation in Afghanistan, there were reasons to believe that now was the time and that the European Commission would finally grasp that nettle.

But President  Ursula von der Leyen was quick to mitigate expectations in her State of the Union address, offering instead a more guarded roadmap towards a European Defence Union.

Surely, this was the most pragmatic approach. Yet a bold, venturesome, proposal for an EU crisis response force has long been overdue.

Afghanistan emerged as a stark reminder of how our governments’ responses to crises remain uncoordinated and inherently driven by political agendas from the national levels.

At the same time, it served as an additional proof – if we ever needed one – that our isolated actions tend to lack teeth the moment the US opts to drop out from a crisis zone, further underlining our over-reliance on Washington for defence matters.

However, recent years saw a promising endeavour emerge in the shape of the Permanent Structured Cooperation (PESCO) which allows willing countries to set up joint defence projects around shared interests.

Yet, whilst the scheme offers unique opportunities for our commands to progressively accustom themselves to pooling their capacities, it has so far generated little craze amongst the capitals.

Plans for an EU military further picked up earlier this year, as the Commission launched the European Defence Fund to support joint military R&D.

At the same time, 14 member states – including Germany and France – showed encouraging signs by proposing a joint EU military force… only to return to their uncoordinated selves a couple of months later in Afghanistan.

Subsequently, a proposal for ad-hoc military forces popped up again in a meeting of the EU defence ministers in early September, before being swiftly shut down by a small group of countries for not matching their vision of European security – exclusively entrenched in cooperation with the US.

As such, the EU cannot currently deploy armed forces itself: the contingents remain very much under the control of our national governments, hence the fragmentation of our responses in Afghanistan.

Volt’s Dutch MP Laurens Dassen is right:  the EU needs a standing armed corps able to be swiftly and autonomously deployed in crises such as the one we have faced in Kabul. The EU should be empowered with units of highly specialised professionals, able to respond to sudden-onset crises, whether man-made, accidental, or natural.

This would include, for example, rapid decontamination teams for CBRN incidents, rescue squads to respond to climate disasters, or units to ensure safe and swift evacuation of people in fragile settings.

There is nothing unrealistic in this proposal: The EU already has the basic framework for it at the European level. EU battlegroups have existed since 2007 but remain dependent on the political will and the unanimity rule at the Council to be fully activated.

Consequently, they have never been truly deployed!

And in the Military Planning and Conduct Capability, the EU has borne the embryo of military headquarters to decide when and how to deploy those battlegroups. In essence, those capacities are the scattered pieces of furniture which has yet to be assembled.

Our governments should now start the long process of lifting the obstacles preventing ownership of the battlegroups at the EU level.

Early next year, the EU is set to come forward with the Strategic Compass, yet another promising endeavour with the ambition to develop the security and defence dimension of Federica Mogherini’s Global Strategy through a common analysis of the threats and of their most suitable responses.

Common issues, akin to the ones we recently witnessed in Kabul, should spark common responses. Yet reaching consensus between European capitals still remains elusive.

As such, a smaller group of member states needs to make a leap of faith and take the first step together. Whilst unthinkable not that long ago, what was deemed immovable has now been set in motion: last week, five countries finally expressed their willingness to establish a joint rapid reaction force for future military crises.

We can only hope that this “coalition of the willing” will turn such an announcement into a future EU milestone. This group could spearhead the process by showing the added value of a first permanent EU battlegroup dedicated to crisis response, to be inaugurated at next year’s Summit on European Defence.

As President von der Leyen stressed in her State of the Union, sparks ultimately come down to political will and it is about time we make that leap.