What is the place of EU’s partnerships agenda in Strategic Compass? 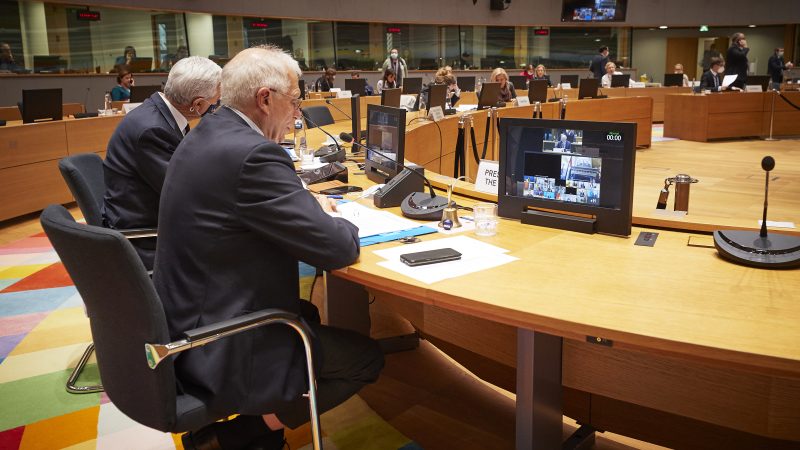 The development of the EU’s Strategic Compass should involve a strategic deepening of EU relations with its partners, write Kinga Brudzinska and Lucia Rybnikárová.

In June, the EU embarked on the monumental task of developing a Strategic Compass, intended to bolster the bloc in navigating international challenges and pursuing a common direction on security and defence.

“Strategic Dialogue” with member states will proceed throughout 2021, with the final proposal expected to be ready for adoption by the French EU Council Presidency in 2022.

The need to adapt to changing environments and adjust strategic documents to this end are not novel developments. NATO, to which 21 of 27 EU member states belong, indeed has adopted Strategic Concepts on three separate occasions over the past three decades (1991, 1999, and 2010).

And there is a newfound impetus on the part of NATO to adopt an updated strategy, a process likely to be concluded by the end of 2022.

This backdrop is a notable reminder of the necessity for European countries to coordinate their policies and avoid contradictions. Developing an EU ‘Strategic Compass’, consequently, appears to be a logical move, only further reinforced by EU ambitions to play a more important role on the global stage and to learn to use the ‘language of power’.

For the EU27 to become a more agile, effective, and purpose-driven actor within the framework of the 2016 EU Global Strategy, the EU needs a common and coherent vision of its strategic objectives and a shared understanding of the threats to which it is facing.

These two inputs comprise two of the three primary steps laid out for the ‘Strategic Compass’ exercise.

Another step in the ‘Strategic Dialogue’ provision aims to foster a strategic deepening of EU relations with its partners.

While considerable progress has been made on the setting of rules for third-country eligibility to participate in PESCO projects, the EU Strategic Compass should assess what a more strategic approach to third-country partnerships in CSDP will mean in practice.

The Compass, in this regard, should function as a political guidepost for CSDP, with the EU gaining an opportunity to evaluate different forms of partnerships and how they can be optimally developed in the future.

This so-called revision of the EU’s strategic approach could be of considerable interest for countries like the UK and Norway. The Strategic Compass, nevertheless, will also be geared towards addressing the concerns of close partner countries.

As for the UK, it could prove to be a useful tool for the EU in developing post-Brexit security and defence arrangements. For Norway, meanwhile, it could assist in enhancing an already well-established partnership on CSDP and facilitating further integration of Oslo into PESCO projects.

The Compass will not directly shape third country participation in European defence initiatives. Through the establishment of new rules, it will, however, certainly exert considerable indirect influence by creating the context against which existing norms will be implemented and evaluated.

As noted by the authors of the forthcoming GLOBSEC report “One Step Closer: Towards Deeper and Wider EU Defence Partnerships”, the European security architecture, unlike much of European integration, is not an acquis.

It rather is an ongoing process perhaps best visualized as a building undergoing construction. Continuing with this analogy, construction has now entered a defining phase, whose outcome will impact the effective degree of openness of the EU’s “strategic autonomy” and the extent to which third countries will be allowed into the new building.

It is also notable that one of the key priorities of the Portuguese EU Council presidency is to both strengthen Europe’s strategic autonomy and keep the bloc open to the world. This should come as no surprise.

The EU norm and preference has always been to, whenever feasible, act jointly with its partners and develop its capacities to act alone when necessary. As may argue partnerships and EU strategic autonomy are not mutually exclusive.

A challenging international security environment, compounded by the COVID-19 crisis, has underlined the importance of nurturing EU partnerships. EU partners can bring much-needed added value and buttress EU defence. It is, therefore, pivotal that member states prioritize their partners and develop tailor-made relationships with them.

For this to happen, though, the EU should identify appropriate platforms to incorporate its closest partners, including the UK, the US and Norway, in discussions within the framework of the Strategic Dialogue process taking place in the first half of 2021.