What it takes for Europe to become a credible security actor

By Alessandro Profumo and Jan Pie 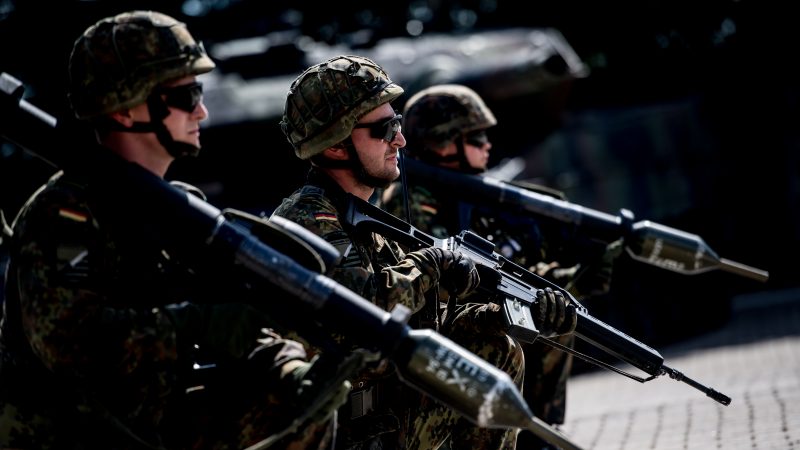 We as an industry consider this as a unique opportunity to achieve a quantum leap in the way Europe supports its defence technological and industrial base, the representatives write. [EPA-EFE/FILIP SINGER]

There is a unique opportunity to achieve a quantum leap in the way Europe supports its defence technological and industrial base, write Alessandro Profumo and Jan Pie.

Alessandro Profumo is President of the Aerospace and Defence Industries Association (ASD Europe) and Leonardo CEO. Jan Pie is Secretary-General of ASD.

The invasion of Ukraine by Russia has brought back war in Europe. Day after day, we wake up with images of its realities and horrors.

This conflict reminds us in the most dramatic and cruel way that freedom and peace are not a given. In this new security environment, Europe must again be prepared for large scale military conflict and ready to act, taking the responsibility for the protection of its citizens and friendly nations. This poses significant challenges for our governments, armed forces and industry.

In early March, shortly after the start of the invasion, EU Heads of State and Government convened at Versailles to discuss how to respond to the existential threat that the invasion of Ukraine poses to the entire European security architecture. At that meeting, they mandated the European Commission to assess defence investment gaps in Europe and prepare proposals for initiatives to strengthen the European defence industrial base.

Last week, the Commission presented its findings in a Communication issued jointly with the High Representative of the Union for Foreign Affairs and Security Policy. On Monday and Tuesday this week, the European Council will debate these proposals and decide on the way ahead.

The European Commission proposals are encouraging steps in the right direction. They include, amongst others: an instrument for joint procurement of the most urgent capability needs, supported with €500 million EU funding, and a European Defence Investment Programme, including a vehicle for VAT exemption and European defence projects of high common interest.

The proposal to enhance the European Investment Bank’s support for the EDTIB – including its industrial production – is also important, but the EU Member States have to take action both at the national and European level.

The Aerospace and Defence Industries Association of Europe (ASD) welcomes these proposals as they recognise the strategic importance of the EDTIB and illustrate the Union’s capacity to respond rapidly to a deteriorating strategic environment. At the same time, we encourage the Heads of State and Government to step up efforts and go beyond what the Commission has proposed.

We are at a historical moment where we – as Europeans – must stand up for our security and our values and principles. We need armed forces that are capable of defending our homes and our territory, and we need an industry that is capable of providing these forces with the equipment they need.

This comes along with investments. We welcome the intention of Member States to increase their defence investments. At the same time, we highlight the need for our leaders to also increase the EU budget lines for security and defence. This is important to strengthen the European defence cooperation and avoid falling back into national solo runs.

European cooperation is challenging but indispensable. We must cooperate more and make our cooperation more efficient and effective. To do so, we must develop, first and foremost, a common understanding of the military capabilities we need, but also a shared vision of the degree of technological sovereignty that we find appropriate to achieve.

Against the background of the war in Ukraine, and with a view to the security challenges ahead, we believe that Europe needs a defence industry that is able to:

The better the European defence industry can perform these four functions in a cost-efficient and competitive way, the more reliable and fit for the future it is.

Today, our performance on these functions is limited due to decades of fragmentation and under-investment in both R&D and acquisition. Technological excellence and the ability to “improve”, “react”, and “challenge” exist in certain areas and to different degrees, depending on where and how member states have invested. With current production capacities, also the ability to “deliver” to European armed forces could be put under pressure by a large-scale military conflict.

Initiatives to strengthen the EDTIB should therefore aim at enhancing the industry’s capacity to fulfil these four functions. As dominant customers, regulators and sponsors, Member States play a decisive role in shaping the EDTIB. The European Union can contribute with its own policies, instruments and resources and in offering the framework for its members to cooperate. Together, the Union and its Member States can build a solid foundation for an effective European defence.

In his press conference following the Versailles summit, President Emmanuel Macron announced the intention to turn the Commission’s analysis and proposals into a truly European strategy on defence investment and industrial capabilities.

We as an industry consider this as a unique opportunity to achieve a quantum leap in the way Europe supports its defence technological and industrial base. We, therefore, count on our leaders to seize this opportunity and stand ready to support them in their endeavours.