Diplomatic sources said previously that British objections to any suggestion the headquarters could have an operational military role had held up agreement but Mogherini stressed the way was now clear.

“I understand it is finalised. I understand we have a couple of days to have the official text in place,” Mogherini told reporters after an EU defence ministers meeting in Brussels.

She stressed there was no holdup nor need to revisit the political decision all 28 member states took in March to set up the Military Planning and Conduct Capability (MPCC) facility.

? All you need to know about #EUGS Implementation Plan on #security and #defence ➡️ https://t.co/g6SO9hoOm9

There had been some expectation that after EU foreign ministers approved a text Monday, the formal launch could be announced Thursday.

A statement of conclusions agreed by the defence ministers said member states looked “forward to the effective establishment, as a short term objective, of the Military Planning and Conduct Capability within the EU Military Staff in Brussels.”

“The MPCC will assume responsibilities at the strategic level for the operational planning and conduct of the EU’s non-executive military missions,” it said.

The MPCC will initially coordinate three such missions training government forces in Mali, the Central African Republic and Somalia.

Mogherini has led efforts for the EU to take on a much larger defence and security role given the uncertainties raised over Washington’s commitment to European security by President Donald Trump.

Europe’s worst migrant crisis since World War II and a series of deadly attacks linked to the Islamic State group have also encouraged calls for the EU to do more.

Brexit-bound Britain, nuclear armed and with a UN Security Council veto, has traditionally opposed any such moves toward a possible EU European army and prioritises NATO over the bloc on defence.

Asked about Britain’s future in EU security, Mogherini said all sides expected London to continue to play its full role until the Brexit divorce is completed. 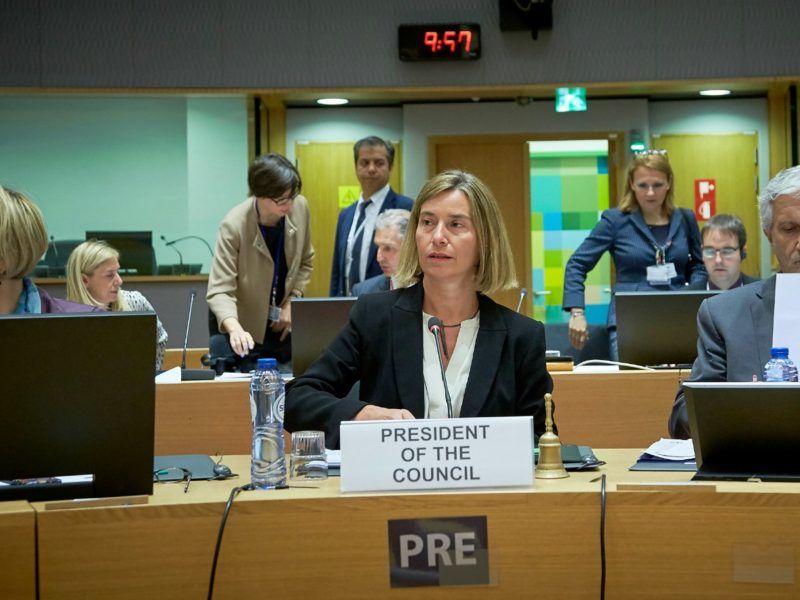 EU foreign affairs chief Federica Mogherini said yesterday (15 May) she was confident of making progress on the bloc’s defence ambitions and did not expect a Brexit-bound Britain to stand in the way.

Even then, Britain could be part of the EU security structure and military operations.

“Obviously, once you are not a member state you cannot take part in the decisions but you can take part” in the missions, Mogherini said.

The UK is an “important military player but no way as important compared to the other 27 member states (combined),” she added.

France and Germany both support the idea of creating a European military headquarters, but Paris has the most to gain from the project. EURACTIV France reports.