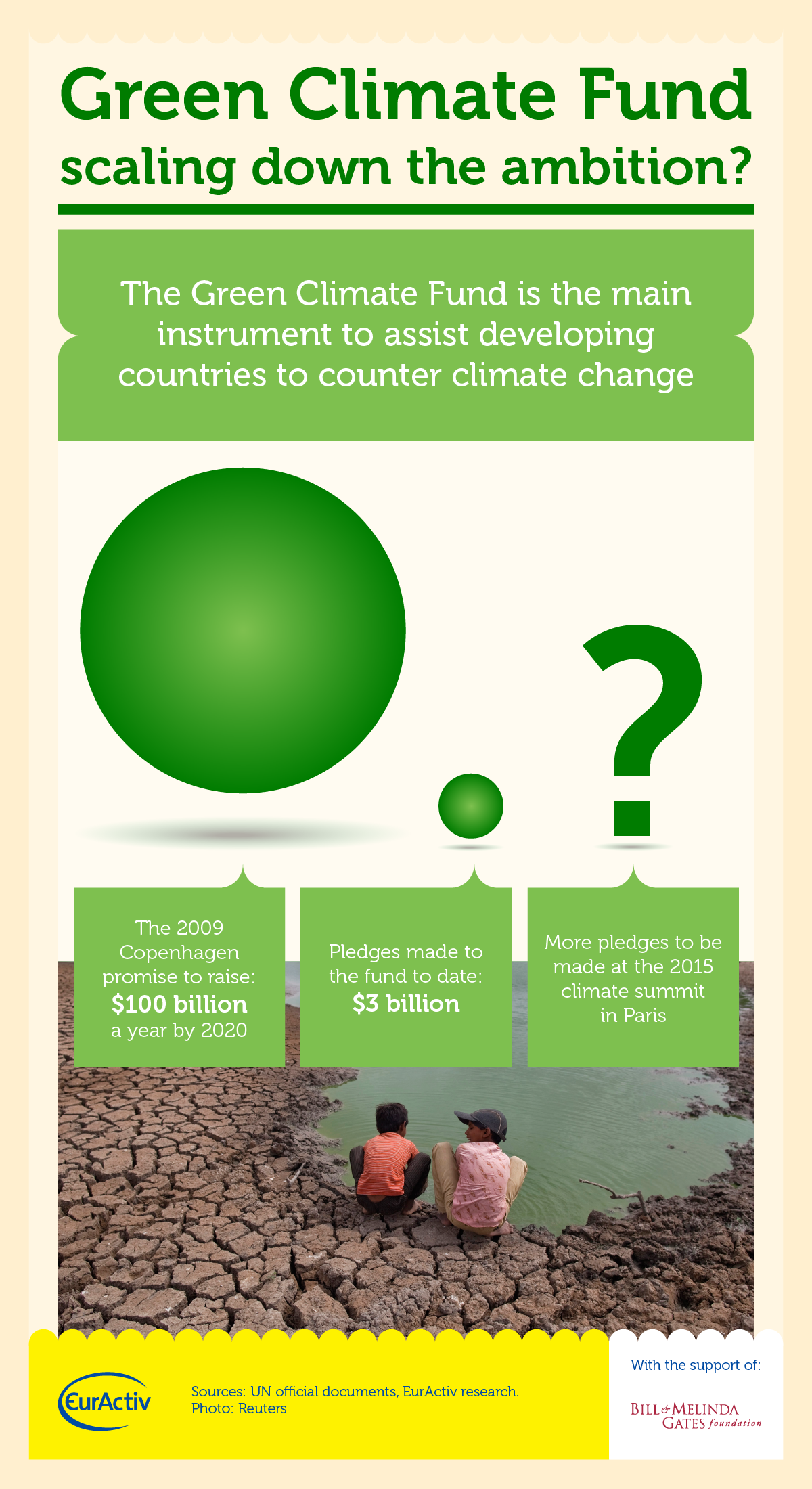 The Green Climate Fund, which is the UN’s main instrument to transfer money to developing countries, in order to assist them in countering climate change, was launched in 2009 with the aim of raising climate finance of $100 billion a year by 2020. A substantial amount is expected to be raised in the run-up to the 2015 climate summit in Paris.

Existing pledges so far which are on public record are listed here. Sweden announced its contribution on 22 October.

0 responses to “INFOGRAPHIC: Green Climate Fund – where is the money?”