Erik Solheim: ‘If the UK can commit 0.7% of GDP to development, so can France’ 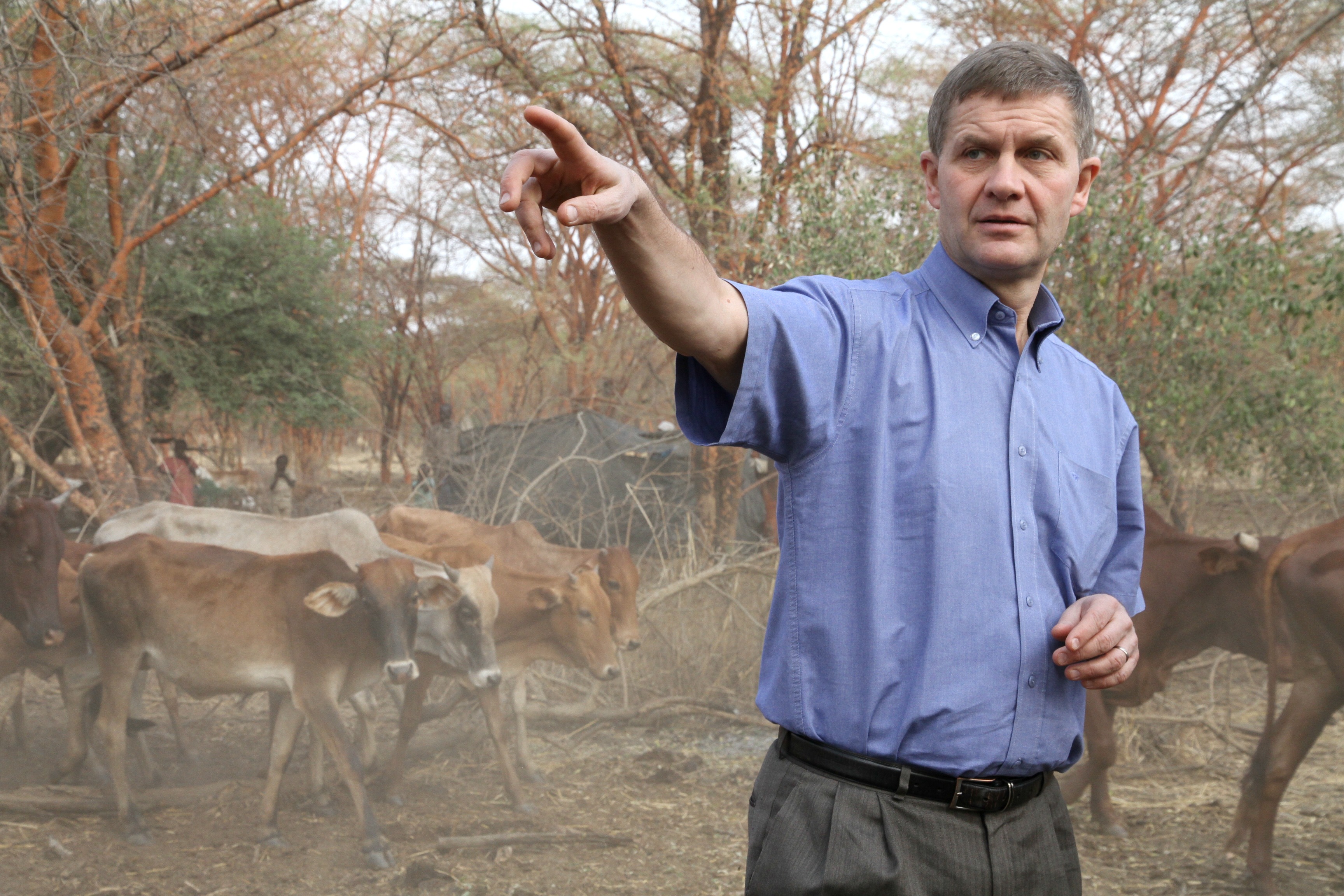 The chair of the DAC believes France can do more for development assistance. [Utenriksdepartementet UD/Flickr]

Erik Solheim is Chair of the OECD Development Assistance Committee (DAC) and Norway’s former Minister for the Environment & International Development.

Development assistance has start growing again over the past year, after decreasing for two years during the financial crisis. What is the situation now?

The big picture is that development assistance has increased a lot over the last decades. It has recovered from the fall during the financial crisis. But even more importantly, there are other sources of finance: private investment and domestic resources from tax collection in developing countries have also increased a lot. There is a lot more money now available to developing nations. But the most important thing for development is not money, but making the right political decisions.

Conversely, the French development budget has been falling for the past few years…

France has been a leading contributor to development assistance. France also has provided security in very difficult circumstances in places like Mali or the Central African Republic, where development programmes could not have continued without security. It has also led the campaign for the financial transaction tax.

But France should try to do more: if a conservative British government can achieve the target of 0.7% of the Gross National Income to contribute to development despite the financial crisis, why can’t France reach the same level? What the United Kingdom can do, France can do.

Do you think that this target of 0.7% is still attainable?

The United Nations has the same ambition as the European Union, so it should not be taken out of the agenda. On the contrary, nations like France and Germany should be looking at how the United Kingdom was able to reach this target. Maybe they can learn from the UK, where the political will of the government made this achievement possible.

The 0.7% target will not be lowered, so countries should look into how they can achieve it.  But it is necessary to remember that Official Development Assistance (ODA) is not the only goal. It’s also very important to encourage private investment in developing countries and support them in developing their tax systems.

Another big difference between France and the United Kingdom is that French ODA is mostly provided in the form of loans, while UK gives grants. Do you think that loans and grants have the same value and should count equally towards the ODA target of 0.7%?

We are in the process of redefining the concept of Official Development Assistance in order to identify what should count and what should not. There are very good reasons why we should accept both loans and grants: loans are more useful in the middle income countries while grants are better for the least developed countries. Obviously, loans are safer for projects in the energy or infrastructure sectors, which require very large investments, while you may use grants for education or health projects. They are different tools for different purpose and we need both.

The real discussion is what proportion of the loans should be counted as ODA. We may reach an agreement to count only the subsidy element of the loan, but not the full loan. Hopefully, the decision will be made by December this year, but the implementation will take some time.

Some countries are widely criticised for counting other spending as ODA, like the cost of hosting foreign students…

That matter has been discussed, but there seems to be no appetite to change it, for the obvious reason that the students’ home countries will hopefully benefit from the education when the students return home.

But there are a number of other changes that we want to make. Firstly, while development assistance is growing overall, it has decreased for the least developed countries, and this has to change. We want to implement a system where half of ODA reaches these countries.  On a technical level, it could means that at least 0.15% of donors ‘combined GNI should reach the least developed countries instead of the current 0.09%.

Secondly, we want to improve the system for private sector engagement.  Private investment is worth 4 to 5 times more than ODA. Without foreign investment, it is very difficult for a nation to develop. So we have to target the use of ODA to guarantee private sector investment, and the system has major deficiencies.

For example, if France provides a guarantee to a private sector project in Mali, this money will only be counted as ODA if the project is a failure. And if it’s a big success that can be sold for a profit, the money invested will be counted as a negative ODA. That must change.

Finally, we are also trying to implement a new concept, “Total Official Support for Development “(TOSD) that will take into account a broader range of contributions to development: some private funds could be included, as well as security related contributions. ODA will remain the primary indicator, but TOSD will be added as another one.

Apart from the historic donors like France, there are some growing economies that are at simultaneously donors and receivers of development assistance, like China or Brazil. Do you expect the participation of these countries in international solidarity to grow in the future?

This is certainly the big global trend. A number of new actors are coming on board. Arab states are very important. The United Arab Emirates, for example, was the biggest per capita contributor of development assistance last year. The UAE is now coming on board as a participant in the Development Assistance Committee (DAC), and I expect other countries, like Qatar or Kuwait amongst others, to follow.

In fact these fast developing countries you’ve mentioned are in an “in-between” situation, being both donors and receivers. Isn’t it necessary to clarify that position for the post-2015 agenda?

Everyone should contribute to the global community, but in line with their abilities. Obviously, a country like China could do a lot more, but developed countries like United-State or EU members still have to do more than China or India. These “in-between” countries don’t really need the money, but rather the increased access to technologies and knowledge. Countries like Mexico or China, currently listed as developing countries, are not going to change category in the near future.