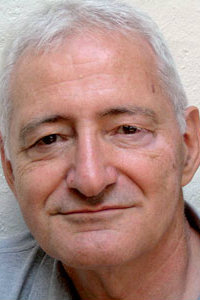 In an interview with EURACTIV Germany, retired diplomat Volker Seitz explains why African countries should take more responsibility, and describes concerns on the continent with Chinese development efforts.

Former German Ambassador Volker Seitz worked for the German Federal Foreign Office from 1965 to 2008, serving in Brussels for the EU, Japan, Armenia and in seven different countries in Africa over 17 years. He spoke with EURACTIV Germany’s Patrick Timmann.

Last week, EU Development Commissioner Andris Piebalgs paid a visit to Congo and Rwanda, bringing over €1 billion in approved aid with him. You say Rwanda earned that money, but not Congo. Why?

Whoever really wants to help the Africans would do well to consider the contributions of those affected. Like in Rwanda, their own ideas should rank higher than foreign support. Congo should only be allowed to join in solidarity, if it can prove it is making its own problem-solving efforts. A culture of self-help and personal responsibility must prevail. Congo’s government should display more pride and find its own answers to the countless problems in its country. Congo is rich in human and natural resources.  No other country is so well off in terms of natural resources as Congo. The Congolese must take things into their own hands instead of always waiting on outside help.

Isn’t there a risk that a tougher stance opposite the Congolese government could lead to isolation and a “castle mentality” like Robert Mugabes is creating in Zimbabwe?

“Corruption always has catastrophic social effects. In place of fair distribution and democratic procedures, there is a lack of transparency, strengthening of the strong and weakening of the weak”, said Peter Eigen, founder of Transparency International. Thus, I see it as misdirected to conduct appeasement policy and have understanding for supposed African particularities and sensitivities. However, we should keep in mind that criticism of current conditions will only bring about gradual changes. They must come from African society, anyway. ?

What if Western states put more pressure on the Congolese government? How can a situation be avoided, in which a country like China jumps at the chance to offer development aid, thereby winning privileged access to Congo’s mineral resources?

In Congo, there is a wide selection of civil society organisations carried by committed, smart, brave and mostly young people. Even if their influence on the political establishment is still low, they expect honest answers to uncomfortable questions. Like the question concerning who is actually being helped in Africa. The discontent in the population cannot be ignored any longer.

Credibility can only be restored, if the unvarnished reality is revealed. More and more undesired developments are coming to light and are systematically ignored, or at least belittled. At the beginning of October 2013, it became known that at least €1 billion in tax monies fell through the cracks in Congo. European Council President Herman Van Rompuy tried to minimise the news of wasted EU tax revenue, and worried about the image of the European Commission.

More and more Africans are worried about China’s activities. In a recent Financial Times report, the head of Nigeria’s central bank, Lamido Sanusi, accused Peking of colonial policy. China is still mistakenly considered a developing country, Sanusi said, pointing out that African countries trust it more than the West, even though there has long been no reason for this. The value of the partnership with China is often doubtful, he said. China’s infrastructure projects in Africa are carried out by Chinese workers, and not local labour forces. As a result, no new jobs are created for Africans.?

The German government wants to develop a new Africa strategy this year. What are their core requirements?

The Africa plan should work towards a realistic and more critical policy than it has thus far. It should be built upon personal responsibility, while control of effectiveness and efficiency of measures should be the priority. The expansion of economic relations, rule of law and government leadership, environmental protection and above all education should play a more central role in the future. In addition, every form of aid given should serve to ensure that African states desire and be able to solve crises on the continent themselves in the future.  The African side must become competent enough to solve its own crises, employing the entire range of conflict resolution instruments. If that were to function well, it would be the best guarantee for stability and more sustainable development.

We need plans for different regions. The problems in the Sahel are different from those in South Africa. But “effective political dialogues” – as they are always being demanded – have unfortunately only been used as an alibi in my experience. These dialogues only help when those in power have an interest in reforms. But in that case, they do not need any advice from foreign ambassadors. We should not continue programmes that are not also supported by the governments.

If we could finally have an independent impact assessment under German parliamentary control, then we would likely come to the conclusion that we should leave some governments to their own ideas.