Rémy Rioux is chief executive of the French Development Agency (AFD). He previously worked for the foreign affairs ministry.

Rioux spoke to euractiv.fr’s Cécile Barbière at the All Africa: The Issues of a Continent wide Approach event in Paris on 12 April.

Your agency today organised an event aimed at changing the current perceptions of Africa. What is wrong at the moment?

When I took the reins of the AFD, I realised that our organisations and our way of working separated Africa into two blocs: North Africa and Sub-Saharan Africa. This is not how Africans actually live.  By maintaining this dualist vision of the continent, I think that certain realities facing Africans are badly perceived.

When I go to Morocco, Tunisia or Algeria, I am struck by the political and strategic discourses going on in these countries, which speak to all of Africa’s ambitions. We need to hear them. That was made all the more evident when Morocco returned to the African Union and its willingness to join the Economic Community of West African States (ECOWAS). Tunisia also wants to join the Common Market for Eastern and Southern Africa (COMESA).

These are two things that would’ve been difficult to imagine two years ago. Today these are the economic and diplomatic realities facing Africa that are paying off.

That is not to say that Africa is indistinct. There are sub-regions but the dividing lines are certainly not just on a north-south basis. 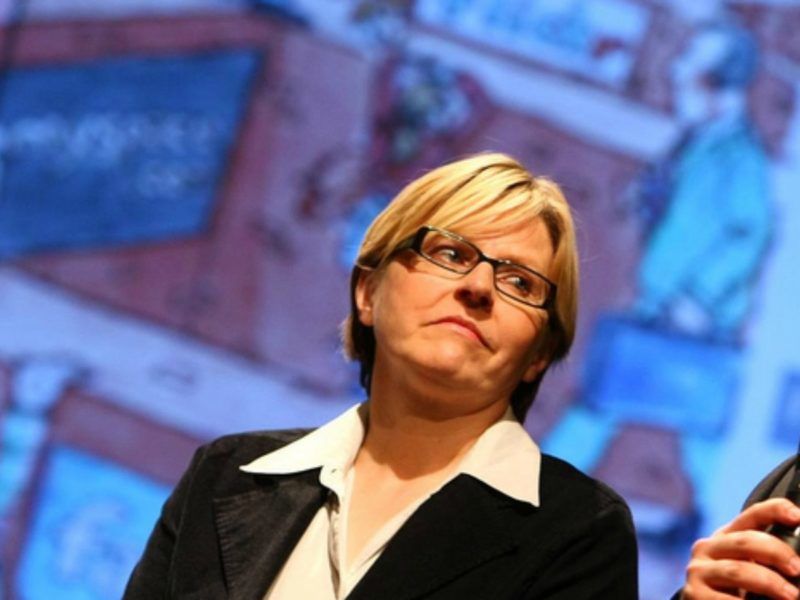 New figures confirm that the European Union and its member states have consolidated their place as the world’s leading aid donor in 2016. But NGOs and MEPs say the picture is distorted and the aid figures are inflated.

Do you think that by changing the stigma associated with the African continent you can improve the effectiveness of cooperation?

One of the evolutions that are ongoing is the fact that certain developments now arrive in Africa before they do in Europe. In terms of renewable energies or financial services, for example, mobile banking services were launched by Orange in Africa before being developed in France. Africa has become somewhat of a testing ground.

They find new business models there that we can then take advantage of. Development goes both ways but we need to take stock. I want our agency to function both ways and bring innovations to France.

That is also why we have forged an alliance with France’s development bank. It is the agent that will find relays and French partners for innovations thought up in Africa. That is the spirit of the Sustainable Development Goals (SDGs) too. We share this world and development policies are there to be exchanged. The SDGs apply to France in the same way that they do to Burkina Faso, Mexico or Indonesia. We aren’t all at the same starting point but we all share the same objective.

This kind of work is so much deeper than the relationship of the past between the donor and the country in need.

AFD will see its capacity increase tenfold in the years to come. How will Africa benefit from this?

In 2015, AFD made €8 billion available, of which 50% was for Africa. Half of that was for climate action and the rest for gender equality.

The government asked us to up our commitment from €8 billion to €13 billion in 2020, particularly within the context of the commitments made by François Hollande at the COP21 summit and within the scope of the SDGs. We are on the right track and we finished last year around the €9.5 billion mark. The government has given us the means to do this, by doubling our equity and promoting a law that looks favourably on development aid.

So growth in Africa looks like it will be strong. That means more projects to fund there.

It’s something that in fact happened in 2015. There was real political will to ramp up France’s development aid. This can already been seen by the development aid figures for 2016 but there is also a stimulus effect. This increase will only be more evident in the years to come.

The stimulation of the private sector in Africa is one of the EU’s priorities, through its Trust Fund as well as Germany’s Marshall Plan. What’s the AFD’s role in this?

Already, 50% of our activity is unrelated to the state, including the private sector. The AFD also has a subsidiary dedicated to the development of the sector, Proparco, which is set to double its activities by 2020 and up its financing from €1 billion to €2 billion. We are also strengthening and modernising the tools at our disposal.

Ten years ago, when you wanted to bring together companies in this area, no one was interested.  Today, there is a real interest. A development agency simply cannot ignore the private sector in this day and age. And we are not the only ones to think that way.

But our mission remains first and foremost one of development. Obviously, companies working with us must respect corporate social responsibility (CSR) rules and they cannot make abnormal profits. Above all, these partnerships have to benefit the people who need it.

One response to “French development chief: ‘SDGs apply to France in same way as Burkina Faso’”