This article is part of our special report Decentralised cooperation: what future for local to local EU’s development policy after 2020?.

With negotiations on the next EU long-term budget about to start, Commissioner Neven Mimica defended Europe’s commitment to the Sustainable Development Goals and praised the role local authorities play in international cooperation.

Neven Mimica, the Commissioner in charge of international cooperation and development, spoke to EURACTIV.com’s Beatriz Rios about how the European Union plans to comply with the SDGs and what will be the role of local authorities in helping to do so.

The negotiation for the next Multiannual Financial Framework is about to kick off, do you think that the current proposal goes in line with the commitments reflected in the Sustainable Development Goals?

We have proposed an ambitious external action budget worth €123 billion for the 2021-2027 period. This is around 30% up compared to the current budgetary period, which is a very significant increase. A key proposal within the external action is the one to create a single instrument on Neighbourhood, Development and International Cooperation of which at least 92% will go to official development assistance. This instrument is fully in line with the Sustainable Development Goals. Education, health, food security or the eradication of poverty – just to name a few – will continue to be at the forefront of our partnership with developing countries.

Do you believe that EU cooperation and development will be sufficiently funded in the next MFF?

It’s crucial that the EU can match its words with its actions when it comes to our commitments with the SDGs and the implementation of the 2030 Agenda. For this, we need an ambitious budget. And I am proud to say that we have made such an ambitious proposal. According to the Commission’s proposal for the instrument on Neighbourhood, Development and International Cooperation, it would be endowed with €89.5 billion, which would allow us to increase the budget available for most of our work. In Sub-Sahara Africa, for example, the budget would increase by 23%.

There are two caveats I need to make: First, the Commission proposal is very ambitious and positive for development cooperation, but it is the European Parliament and the Council that will decide. And second, I am convinced that the EU and its member states need to take all efforts to deliver on our firm commitment to spend 0.7% of our Gross National Income on development. So far, we stand at about 0.5%. The Commission’s proposal on the future budget would bring us a significant step further, but it would have to be reflected in the national budgets on development to go the full way.

In addition, we need to find new, innovative instruments that help us to do more with less. Thus, the emphasis on enhancing development financial instruments like the like the current External Investment Plan, that aims at providing leverage to private and public investments in sustainable development projects that can create new jobs and opportunities. ODA alone will not be enough to meet all SDGs needs.

After a deep analysis of all budgetary provisions, EURACTIV.com reported that the EU will spend more money on migration and border control than on developing Africa, what is your view on this?

I trust that discussion with our experts would help to easily dispel this myth. The majority of external expenditure in the EU budget will continue to be development cooperation, through our commitment to dedicate more than 92% of our funds to Official Development Assistance.

Local and regional authorities have played an important role in cooperation and development over the years, in particular in the localization of the SDGs. However, in the new MFF, funds seem to be more centralized. Do you believe in the importance of local to local cooperation? Are there any tools included in the MFF that might be used to this effect?

I am convinced about the importance of local actors for successful development cooperation. To implement the SDGs, we need broad partnerships going far beyond the government to government relations, in which local actors play an important role.

Let me give you just two examples to highlight that we are determined to strengthen the role of local actors: In fragile countries, cooperation with the central government may be difficult; in such case, however, experience shows that at local level you can have highly effective cooperation on issues such as waste management or local transport which helps to rebuild confidence at a larger scale.

Another example relates to the more advanced developing countries that are successfully improving their economic performance; in their transition towards more advanced economies, they don’t need any aid anymore but can still very much benefit from our support in terms of knowledge transfer or capacity building – which again is an area where city-to-city cooperation can be highly effective.

What we are proposing is a major streamlining of the external financing instruments for the next budget. Through the creation of a broad Neighbourhood, Development and International Cooperation Instrument, complementarities between geographic and thematic instruments should be enhanced. Actions that are currently financed through thematic programmes (including those related to local authorities) should instead be implemented, to the extent possible, through geographical programmes.

This will help ensure that we will be better equipped to apply the right mix of tools for each country without causing overlaps or inconsistencies. It will also help bring EU action closer to partner countries and their populations.

What can local and regional authorities do within this framework to keep engaged in this area? How would you like them to get involved in cooperation and development?

Discussions on the next budget are still ongoing with the European Parliament and the Council. Therefore, decisions are still to be taken.

Nevertheless, I can already say that local and regional authorities will, as usual, have an important role to play when it comes to implementing actions. We rely on their collaboration to ensure the success of our development policies. I am sure that good cooperation will continue.

Talks on a new agreement between the ACP and the EU will only bear fruit if both parties take the road to prosperity together, writes the ACP’s chief negotiator, Robert Dussey, on the post-Cotonou talks.

Another challenge ahead is the negotiation of the post-Cotonou agreement. How would you evaluate the achievements of the partnership now that it is under review?

With a single legally binding framework with underlying values and principles (ratified by all EU and ACP countries), the Cotonou Agreement has allowed us to achieve significant results in many areas that affect people’s lives.

It has also allowed the EU and the ACP to be more influential on the international scene. The most telling example of such political cooperation between the EU and ACP was their alignment of position in the ‘High Ambition Coalition’ that led to the Paris Agreement on climate change in December 2015.

As announced by President Juncker during his State of the Union speech, the relations with Africa are a priority for the EU. How can the follow-up to the Cotonou agreement contribute to this end?

The future “post-Cotonou” agreement will not be limited to the relation between the EU and the ACP as a group. Quite to the contrary, with a strong focus on the regional partnerships, it will, in particular, strengthen our relations with each African country and with the continent as a whole. This is important for taking our partnership with Africa to the next level.

Negotiations started only very recently – in New York on 28 September – but in concrete terms, an African pillar should focus on a set of priorities, based on the new political, economic, technological, environmental and social realities in Africa and the EU.

This approach is fully in line with the outcome of the African Union-European Union Summit held in November 2017 in Abidjan; it will take into account the diversity across the African continent and the specificities of each country.

In fact, the ACP-EU Partnership and the new “Africa-Europe Alliance for Sustainable Investment and Jobs”, announced in September by President Juncker, are part of a single approach towards Africa. The aim is to bring our continents closer together by fostering growth, trade, investment and job creation, improving overall governance while supporting education and skills that will benefit European and African people alike.

Going back to the negotiation on the post-Cotonou agreement, are you already in contact with local and regional partners, as well as with civil society organisations?

The Commission has been maintaining a continuous dialogue with local, regional and continental partners (AU, SADC, ECOWAS, CARIFORUM, PIF) and with civil society organisations, through informal consultations and open debates. The Policy Forum for Development held annually in Brussels, and this autumn in Gaborone (Botswana), is a good example of that dialogue at work.

Proof of this mutual engagement includes the position papers produced by the European Confederation of Relief and Development NGOs (CONCORD) and by the European and International Trade Union Confederation (ETUC/ITUC). These are available online for public consultation. Other organisations have also made comments on the Post-Cotonou process, expressed their expectations, and flagged topics of specific concern for them.

We are certainly aware of the interest surrounding the future of the ACP-EU relations and we are committed to maintaining the same proactive dialogue with civil society organisations during the negotiations.

As civil society, ACP regional organisations are actors for cooperation under the Cotonou Agreement. In addition to regular dialogue with them, we have been conducting targeted outreach, to raise awareness and stimulate engagement early on in the process. 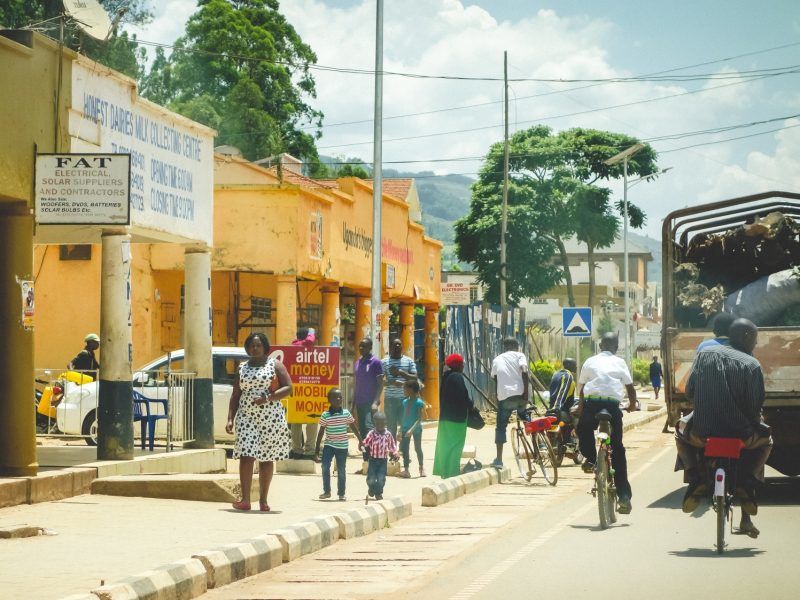 Struck in 2000 in Benin, the Cotonou Agreement has shaped relations between the EU and African, Caribbean and Pacific countries (ACP) for nearly 20 years. The accord expires in 2020 and negotiations between the European Union and the ACP on its successor will begin in the coming weeks.

Migration will be a key issue among African and European partners, how to ensure that this does not become a condition to cooperate with them, as the New European Consensus for Development suggested?

As you refer to the new European Consensus on development, let me make one point crystal clear: The Consensus does not make development cooperation conditional on migration. In response to the complexities of today’s migration and mobility, it recognises that a holistic and structured approach is needed in order to maximise all EU policies and tools. We need to make migration an issue of aspiration and not desperation.