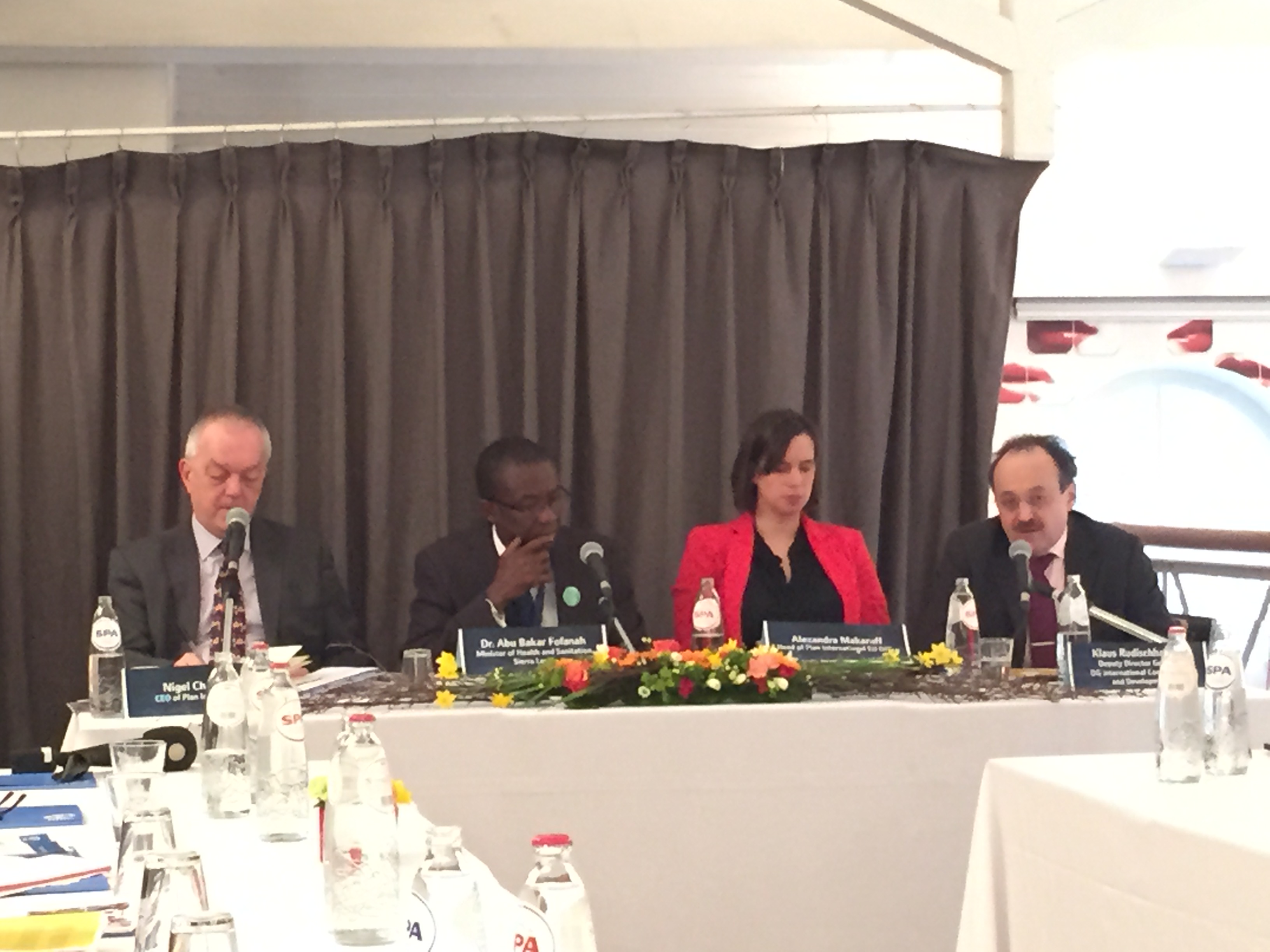 Development organisations fighting Ebola in Africa, such as Plan, have discovered obstacles in combating the disease from local communities that are resisting changes to their normal ways of living, customs and traditions, says Nigel Chapman.

Nigel Chapman is the CEO of Plan International, a development organisation that promotes and protects the rights of children. He spoke to EURACTIV’s Henriette Jacobsen ahead of the international conference on Ebola in Brussels today (3 March).

You just came back after two weeks in Sierra Leone. What are some of the images of Ebola that left the biggest impression on you?

First of all, when you visit the clinics where Ebola is being treated, these are quite scary places. Everyone is dressed in these suits from head to foot. Their faces are protected so that they are quite secure. That was one of the impressions I got. If you are not used to this sort of thing, it can be a daunting experience.

The other impression I have is of the fantastic hard work of the health workers, because of the risks to their own safety, and the fact that they are away from their families for weeks. When they return, or try to return, people are nervous about them, and give them a ‘wide birth,’ as we say in English.

What is Plan International particularly focused on in Sierra Leone?

A number of things. First of all, supporting these health clinics so that people with Ebola have the feeling that they can go and get treated. Second, we’re involved in food distribution. Many families have suffered from a loss of income and won’t be able to work in agriculture to the extent they would normally work. They have lost people that they have worked with.

There is also an issue about moving around. If your village is in quarantine, you can’t move for weeks. We have been providing food to those families that have been affected the most by that.

We have also been providing water and sanitation kits, because the other issue is keeping yourself clean to stop the spread of Ebola.

We have also been working with orphans too, because there are hundreds of orphans who lost family members. We are trying to find ways in which we can protect them, put them in a place of safety, and put some normality back into their lives. It’s easy to underestimate the trauma.

Plan International is emphasising the role of ‘secret societies’ in Sierra Leone. What are they?

Secret societies are societies or groups that nearly 80-90% of the society are members of. They have codes of conduct and ritual practices. They believe in discipline and loyalty, so it’s quite hard to shift their attitude away from the things they have been doing for years, like the washing of (dead bodies), or re-using the water, because it’s highly dangerous and infectious.

All those things are against the traditions of the society, so we have to work with these leaders to change their attitude to make them move from resisting change to being champions of change. We are having a lot of success. They really have understood that they have to change. If they carry on with their old practices, they will carry on spreading Ebola and damaging their families and communities. We are making progress, but there is also a long way to go yet.

The EU has tried to assist Sierra Leone with humanitarian aid and tried to develop a vaccine. Would you prefer focusing on information campaigns and prevention for the secret societies?

I think the EU needs to carry on doing it all. We do need to develop a vaccine, because another outbreak of Ebola can be around the corner. Ebola comes and goes in Africa. If we could have a vaccine that was effective and given out in advance, that would prevent death and damage to communities hugely.

GlaxoSmithsKline’s candidate vaccine for Ebola has already been shipped to West Africa. Have you witnessed any signs of it arriving?

No, but to be honest and fair, I wasn’t actually looking out for that while I was there. I was focusing on Plan’s work, and the work in the communities, at the local level. It wasn’t part of my priorities to research vaccines.

There are some people who are sceptical of the Ebola conference today and what the outcome will be. What is your hope?

I would say first of all a greater understanding of the issues. A common understanding and sharing the good and the bad things that have occurred during the struggle.

Second, I’m hoping for a deep commitment by donors; the EU, governments and others to carry on investing in the public services which are so crucial for the future of these countries; in health, education, schooling in particular, but also in protecting the orphans whose lives have been damaged by Ebola.

Finally, I’d like to see investment in community engagement. Work with the communities, find the mechanisms to carry on doing that, build their trust in institutions and governments, and in the end they will provide good services, and society will grow and improve.