Students from Kawkab School in Beddawi Camp, near the Lebanese city of Tripoli in the north of the country. [Susana Samhan/EFE]

Kawkab School stands in the middle of the narrow streets of Beddawi refugee camp in North Lebanon.  A safe haven for children who dream of a better life.  EURACTIV’s partner Euroefe reports.

Kawkab School for refugee children, one of seven schools in the Beddawi camp, is run by the United Nations Relief and Works Agency for Palestine Refugee in the Near East (UNRWA). It was rebuilt with funds from the European Union.

The outside walls of Kawkab School, decorated with children’s drawings, give on to a large courtyard where Palestinian, Syrian and Kurdish refugees have learned to live together.

In total, 682 children aged six to 12 fill the classrooms on the three floors of the school, where teachers split into two teams work to teach as many students as possible.

According to the teaching staff, the conditions are far from ideal: there are differences among the children in terms of energy or their ability to take in afternoon classes. And they dream of another school being built one day, with computers and even gym teachers.

Each classroom can accommodate 40 to 46 pupils, like Rim also 10, who said: ”we read stories and we learn many new things”.

The school also organises English lessons and can accommodate children with disabilities such as dyslexia, hearing impairments or visual impairments, as part of an EU-funded programme.

Furthermore, one of the schools in Beddawi caters specifically for students with physical or mental problems.

Amina, a 10-year old who wants to become a doctor, said she was worried her father might not find work. “Conditions in the camp are difficult. We would not be able to study without UNRWA schools or be treated at the hospital as we don’t have money.” 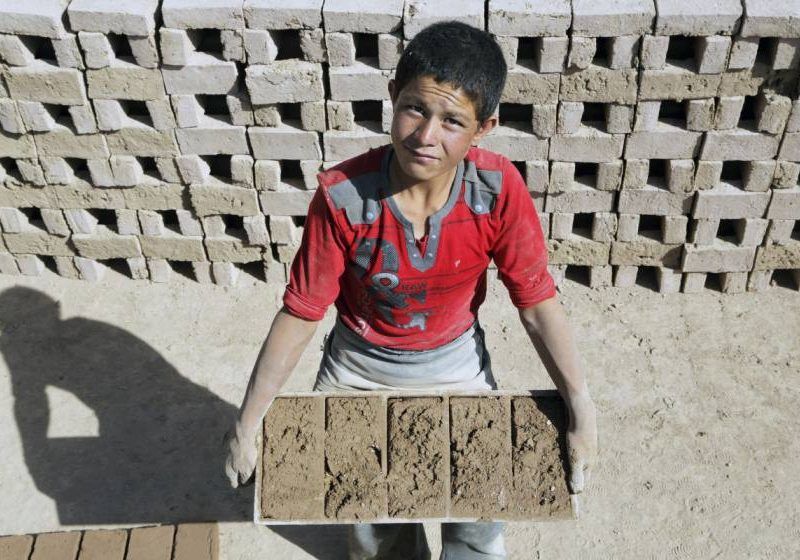 From refugee camp to fully-fledged district

Marisa Matias, the chair of the European Parliament’s delegation for relations with the Mashreq countries, visited the camp and said that the UN or the EU’s funds for Beddawi are “insufficient – poverty and unemployment rates are still very high”.

“The UNWRA is facing growing demand for services in a camp that has over the course of the years become a fully-fledged district,” the MEP told Efe in a telephone interview.

A large part of the Palestinian refugees who lived in the area around Nahr al-Bared have moved into the camp, built in 1955 next to the Lebanese city of Tripoli. Nahr al-Bared was hit hard by conflicts between law enforcement agencies and a radical armed group (Fatah al Islam) which entrenched itself in the area, in 2007.

Refugees in Beddawi also share the camp with Syrians fleeing the civil war that broke out in their country in 2011 and seeking more affordable accommodation than in other parts of Lebanon.

Some homes have also been renovated thanks to EU subsidies.

Nancy Jatab, 35, a mother of three children aged 10, 8 and 3, left Nahr al-Bared to live in Beddawi in 2007 and was able to benefit from EU grants to improve her house. “I could benefit from European funding because my house was in a terrible state and it was also very small. We were able to add an extra room,” she told Efe, whilst showing her home.

Her life, she says is “very difficult”, even with the help of the UNWRA, they still have expenses they cannot pay and increasing debt.

Nancy Jattab is therefore very concerned by the US’s decision to freeze funds to the UNWRA and wonders what would happen to them if services provided by the organisation would stop.

In addition to schools, the UN also finances a medical centre in the camp, also rehabilitated with EU funds.

“We have no problems with easy cases, but treating people with cancer is very complicated since the UNWRA only funds 15% of the treatments and Lebanon doesn’t provide medication for them,” he told Efe.

According to Hana Abed, the most common cancers among refugees are thyroid, lung, or colon cancer and lymphatic cancer among children. “We need to continue caring for the sick and supporting doctors. The EU needs to continue providing aid.”

Despite the difficulties, Marisa Matias believes Beddawi to be “an example of successful UNRWA support for Palestinian refugees with EU funding.”

Since the start of the war in Syria, the EU has provided €439 million in aid to Lebanon and will provide €80 million this year.

The projects supported by the Union in the Beddawi camp serve to “stimulate the domestic economy and improve living conditions in the camp”, said the MEP.

However, she admits that “this is not enough. The international community should shoulder its responsibility in the Middle East crisis. It is not only linked to the Syrian conflict but also to the paralysed peace process in the Middle East (between Israelis and Palestinians).”

Lebanon is the country with the most refugees per inhabitant.

The UNWRA has registered 450 000 Palestinians seeking refuge in Lebanon while the UN’s High Commissioner for Refugees reported that one million Syrians have fled the war to seek shelter in Lebanon.