Faced with the numerous difficulties of access to medicine in Africa, African states want to organise the market to increase local production, which currently accounts for 3% of world output. EURACTIV.fr reports.

Despite a booming market, local production of medicine in Africa remains particularly low as the region accounts for only 3% of the global pharmaceutical production.

A weakness that leads to an extremely high dependence on imports from Europe, among others, “for example in Cote d’Ivoire, 96% of pharmaceutical products are imported, which leads to problems of traceability, quality but also price,” said Mahama Ouattara, professor in medical chemistry and deputy director of the Department of Pharmacy, Medicines and Laboratories in Cote d’Ivoire.

The issue will be addressed during the ID4D conference “Medication in Africa: how to better respond to issues of accessibility and quality?” organised by the French Development Agency in Paris on 3 April.

According to estimates, the expected spending on pharmaceuticals should reach $40 to $45 billion per year in Africa by 2020, compared to $14.5 billion in 2010.

“The market is very promising, particularly the West African area, as there is a high demand for medicine”, said Ouattara. “There is a market, but there are problems in terms of accessibility, quality and price levels.”

For Ouattara, the establishment of the pharmaceutical market in several African countries reflected the region’s colonial history. “European manufacturers supplied the colonies, subsequently there was no proactive policy to change the pattern of imports, whereas no country in the world has developed its local market without a protectionist policy,” he added.

To help the local pharma industry grow, some African states, particularly in North Africa, have relied on measures to protect the pharmaceutical market such as import taxes, tax incentives and facilitated funding for local pharmaceutical producers.

“In practice, only South Africa and North African countries have managed to develop local pharmaceutical production, as well as Kenya and Senegal to a certain extent,” said Mehdi Tanani, coordinator of Proparco’s Private Sector and Development review (Proparco is a branch of the French Development Agency).

For example, Morocco has succeeded in covering 70 to 80% of the pharmaceutical needs of its population.

In addition to the issue of local production, access to medicine in Africa is hampered by high prices. “Medicine is an important part of health costs, so when we speak of access we also mean financial access,” said Philippe Walfard, deputy head of the Health and Social Security division of the AFD.

“Things are changing. Healthcare demand is on the increase in Africa and politicians will have to react. The issue of financial access is clearly on the agenda along with the universal health insurance, even if it will take some time,” said Waldfard.

Making medicine more financially accessible will also involve rationalising the distribution channels, which because of their complexity account for a large part of the price of medicine. “ In Africa, there has been a proliferation of intermediaries in recent years which has increased the price of medication,” said Tanani.

In Kenya, intermediaries’ margins account for an excessively high 50% of a pharma product’s final price, whereas the average in OECD countries varies between 2% to 24% of the final price.

The issue of the affordability of medicine should also lead to progress in fighting counterfeit medicine, a phenomenon from which the continent suffers in particular.

In the absence of affordable quality medicine, patients often turn to cheaper counterfeit products, these can also be found on the official market because of lax controls in the supply chain.

Progress on market regulation is slow. In some countries, such as Cote d’Ivoire, a national regulator is being set up. “We are now in process of making the Ivorian Drug Agency operational. The issue of counterfeit medicine in Benin has had a boomerang effect prompting politicians to agree on the need for a much stricter regulatory system,” explained Ouattara.

In Africa as a whole, the idea of setting up an agency under the African Union is currently under discussion, “but the question of political willpower remains,” added Walfard. However, this could take some time. 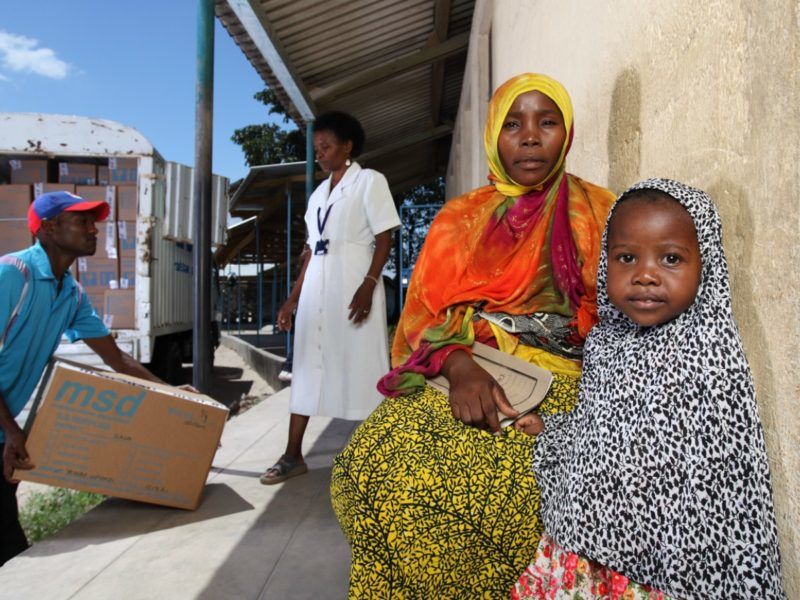 A bright idea turned into reality: vaccines are getting to where they are needed, even in the most remote places in several African countries, thanks to specialised refrigeration support from Coca-Cola.