African Development Bank in row over whether gas is ‘clean energy’ 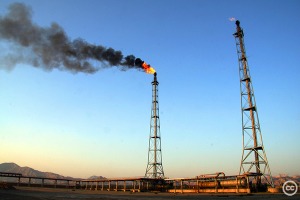 The counting of gas investments within the African Development Bank (AfDB)’s $2.2 billion clean energy portfolio is stirring ‘internal argument’ among leading bank experts, as the continent prepares for a possible shale gas boom.

The AfDB is the largest clean energy financier on the African continent, investing some €3.2 billion in less-polluting energy technologies since 2007, a billion euros more than its nearest competitor, the World Bank.

But “when you take gas out of the equation, obviously it drops down a little bit,” Kurt Lonsway, the director of the bank’s environment and climate change division told EURACTIV.

In 2012, almost 90% of the AfDB’s energy financing went on clean energy projects – which include renewable energy and hydro power – but also gas, despite dissent within the bank.

“This is an internal argument that we need to have,” Lonsway said. “Certain people think that use of gas – even though it cuts emissions by half – still shouldn’t be considered as clean energy. It’s cleaner but not necessarily clean.”

The issue of what ‘clean energy’ should mean was currently being debated by “various sector experts” Lonsway added. But hydropower also created carbon emissions, he cautioned, adding: “There is a big debate around all of this.”

According to a UN Intergovernmental Panel on Climate Change (IPCC) annex report, natural gas emits a minimum of 290 grams of CO2 equivalent per Kilowatt hour (gCO2eq/kWh).

By comparison, the corresponding numbers for coal and oil are 675 and 510 respectively. But wind, nuclear and hydropower energy emit CO2 figures of 2, 1 and 0 grams for each kilowatt per hour.

“Gas is not clean,” Stephan Singer, the director of global energy policy at WWF, told EURACTIV. “It is cleaner than coal or oil – and can be a transition fuel to replace coal – that doesn’t mean that it is justified for multilateral development banks like the African Development Bank or World Bank to classify it as ‘clean’. It is a carbon polluting fuel.”

Echoing the UN high commissioner for human rights, Mary Robinson, Singer stressed that leaving fossil fuels in the ground by 2050 was the only way to avoid dangerous global warming that would bring more superstorms like Typhoon Haiyan in tow.

But this objective may conflict with other UN targets such as providing universal energy access for all by 2030, which UN officials privately accept may not always be enforced sustainably.

Dick Benschop, the Shell Netherlands gas markets vice-president, told EURACTIV last year that there was thus a “moral demand for energy”. Half of the 1.3 billion people lacking access to modern energy services are African.

The AfDB has initiated what Lonsway calls “a definite shift away from conventional energy in our projects,” and tries to ensure that countries use the best available technology to minimise emissions and environmental impacts from bank-funded fossil fuel installations.

A recent AfDB report on the implications of shale gas forecast “major economic benefits” if estimates of reserves are confirmed. But it also warned that environmental risks in some circumstances could be "so severe that it would be better for the government to ban the production of shale gas".

The bank has offered to play an ‘honest broker’ role between governments and firms in a two-step approach, organising workshops with technical experts and providing technical assistance with drafting regulations and training staff.

Data from the US Energy Information Administration and the Ernst and Young consultancy indicates that countries such as Algeria, Libya, Tunisia, Mauritania, South Africa, Morocco and – perhaps controversially – Western Sahara, all have technically recoverable shale gas reserves that far outweigh their proven conventional gas reserves.

Early next year, South Africa will issue shale gas exploration licenses in the semi-arid Karoo region. Shell is one of several Western companies known to have applied for permits.

In Botswana, controversy is brewing over the opening up of vast tracts of the Kalahari Desert to shale gas prospectors, and the impact this has on the region’s indigenous people, particularly their access to water.

Lonsway suggested that it would be contentious for the AfDB to finance projects that displaced indigenous people. “We look at these issues very seriously,” he said. “We certainly don’t want people displaced either economically of physically where unnecessary – and where it is necessary it has to be done in a transparent and internationally accepted manner, where they are compensated for their losses.”

Where hydraulic fracturing was taking place, the bank wanted mandatory regulations for the treatment and disposal of waste water, methane emissions monitoring and minimisation, and safety requirements.

“No company can operate at a loss and that needs to be weighed in,” he said. “But the cost of inaction also has to be considered. If you don’t have regulations in place and something goes wrong what would be the cost of that?”

“A lot of companies argue against it,” Lonsway said, “but when disaster comes, they realise that it would have been a lot cheaper and safer to have had standards that would have avoided it in the first place.”

If burned, this would release about 1550 gigatonnes of carbon dioxide emissions into the atmosphere. The IEA says that even the greenest exploitation of gas in a ‘golden age’ for the fuel would thus raise global temperatures by at least 3.5 degrees.

According to the UN Intergovernmental Panel on Climate Change (IPCC), even the release of 900 gigatonnes of CO2 would leave the planet with just a 33% chance of keeping global warming within the 2 degrees Celsius limit, beyond which its effects could become highly dangerous and destabilising.