Another setback for French foreign aid 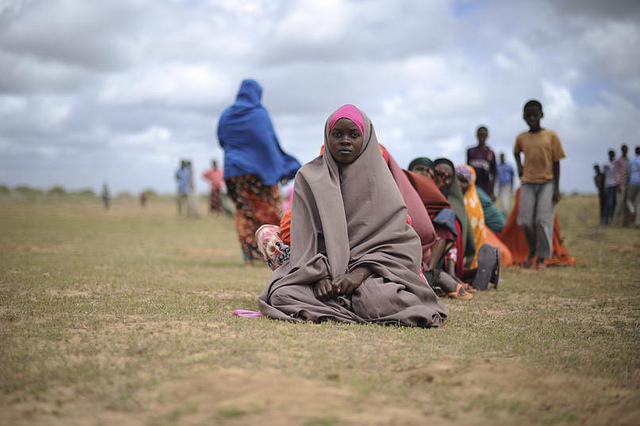 France decreased public development aid for the second time in 2014. A law on development adopted on 23 June has not helped, and the future of French foreign aid looks bleak. EURACTIV France reports.

France’s budget for public development aid continues to fall. The French government presented its altered, and reduced, budget for this year’s foreign aid.

“The ministry contributed in the collective effort of reducing France’s public deficit, but everyone has to take part,” said Annick Girardin, France’s Secretary of State for Development and Francophonie.

A finance law will reduce the foreign aid budget by €73 million in 2014. It was originally €2.9bn. This represents a decrease of 2.5% compared to the initial budget, which was already cut compared to last year. According to NGOs, France’s development aid could fall a further 10% over the next three years.

“These decisions are worrying,” said Christian Reboul from Oxfam France. “In 2013, despite presidential commitments, France’s foreign aid suffered from a 10% budget cut for the third year running, whereas global foreign aid increased by 6%.”

€21 million was returned to France after the “under-execution” of the European Development Funds (EDF). This means Brussels did not spend all that was at its disposal in 2014. When this happens, the EU simply sends a portion of contributions back to the member states.

This is not the first time such a scenario has emerged. “Twice a year, the European Commission adjusts its budget in relation to its actual needs,” said a source close to the French government. “The adjustments usually amount to less, since asking for more contributions from member states is extremely complicated.”

The European Commission has struggled to spend the funds it receives. In 2011, France was reimbursed €118 million of its initial contribution and €213.1 million was sent back in 2012. These numbers are a significant percentage, considering that France contributes an average of €700 million per year.

“Unfortunately, these funds are usually abandoned and not deferred to the next period,” said Christian Reboul.

Reassignment of European funds is not systematic at a national or European level. “We work on a case-by-case basis,” said the French government.

“Before 2012, when Brussels exceeded its need for foreign aid, France reassigned its surplus to its development budget,” said Friederike Röder, Director at ONE France.

This often goes under the radar. The European Parliament is not consulted because foreign aid is not in the EU common budget.

In France, reductions in foreign aid are likely to continue over the next years. “We have information indicating that development aid will be cut disproportionately in the next three-year budget, 2015-2017. Cuts could amount to 10%, when the global budget will only be cut by 4%,” said Friederike Röder.

The cuts, which will continue until the end of François Hollande’s term as President, will annoy NGOs. They have not forgotten France’s promises to allocate 0.7% of GDP to foreign aid.

“We know that political promises are not always kept, but to intend not to keep them, that is appalling,” said Friederike Röder. She describes France’s actions as a “real disengagement”.

The French government emphasises that it will take the measures necessary to reach the 0.7% target as soon as the French economy is back on track.

These cuts ironically come in the wake of France’s first law on development, which was officially adopted by the French Senate on Monday 23 June.

The law outlines the framework for French development and its priorities: to tackle poverty and climate change, preserve the planet, promote democracy and rule of law, human rights, etc. It also gives priority to certain African countries that receive the majority of French foreign aid.

Although the law was unanimously supported, some cried out against the lack of budgetary programming. They argue that this makes the law an empty shell.