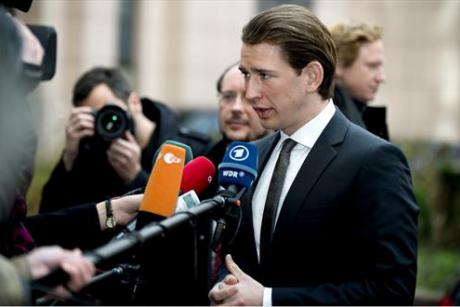 Austria plans to contribute less funds to development cooperation in the coming year, amid breach of promise accusations and talk of an “international shame” among development organisations. EURACTIV Germany reports.

The decision has generated no small amount of controversy, given that Austrian is spending €82 million in 2014. Cuts to the EU country’s funding will affect UN peace-keeping missions in places like Sudan, Somalia, Liberia, Congo, Darfur, Haiti and in the Middle East.

The country’s Foreign Affairs Ministry, which is responsible for development cooperation, is extremely disappointed with Spindelegger’s announcement.

“The funds for 2014 have been secured but we must still fight to ensure that in 2015 the final plan does not include reductions”, emphasised a ministry spokesperson, speaking to the Austrian news agency APA.

Tanja Windbüchler from the Austrian Green Party is already directing breach of promise accusations at Foreign Minister Sebastian Kurz, who hails from the conservative Austrian People’s Party (ÖVP). Kurz, she said, promised “not to cut resources for direct support of the poorest of the poor”.

Development organisations are also not withholding their criticism: Annelies Vilim, managing director of the umbrella association AG Globale Verantwortung, spoke of an “absolute declaration of bankruptcy”.

The new budget numbers, she said, contradict the measures laid down in the government’s programme, which was supposed to react to the growing number of humanitarian crises. But the “allotments for disaster aid are at the lowest level”, said Vilim.

As a result, Spindelegger is publicly discrediting his party colleagues and Foreign Minister Kurz, while contradicting the government programme, she said.

World Vision managing director Amanda Platzer also called the government’s savings plan a “sad” declaration of failure. As the second richest country in the EU, saving money at the cost of the poor shows a lack of imagination, she said.

“We can only sharply condemn this behaviour. Austria is not even trying to fulfill its international duties,” Platzer pointed out.

In humanitarian aid circles, Austria is an “international shame”, Vilim said. Johanna Mang from the Austrian branch of the organisation Light for the World is also worried about Austria’s reputation.

“In the new government programme, Austria promised to gradually increase the funds for development cooperation and humanitarian aid to 0.7% of GNP, thereby fulfilling its international commitments. Now the already low budget, which has been reduced for years in the past, will be cut again by one-fourth,” Mang said.

This is a sign of “moral destitution” for the government, she indicated.

The new budget plan, including a multi-year spending plan, is the reason behind the Austrian government’s reductions. Austria is aiming at a “structural zero deficit” starting in 2016.

According to the budget, the Ministry of Foreign Affairs will only be allowed to spend 399.1 million in the coming year. For the current year, the ministry has so far only been allotted € 409.5 million.