Talk to a development professional and the threat of Brexit looms large. It was no surprise, therefore, that Brexit dominated much of BOND’s annual conference in London in late February, a two-day gathering of hundreds of NGO wonks from Europe’s development sector.

The official position is one of optimism.

“We need to get away from the idea that Brexit inevitably points to insularity and parochialism. We have the world’s leading international development agency,” says Kevin Watkins, Chief Executive of Save the Children.

For her part, Sarah Sanyahumbi, Deputy Director at the Department for International Development (DFID), expressed confidence that a deal would be struck which maintained Britain’s leadership in the development sector.

“The UK has always done development with and through the EU. It is difficult to envision any areas of development where we [the UK] would want to diverge from the EU, especially in terms of commitments to SDGs,” she said.

She told delegates that “plans for the future of UK and EU development policy need to be de-politicised and kept separate from the main negotiations.

The Brief – No time for navel gazing

These are tough times to work in the development sector. Following the Oxfam sex scandal, several leading NGOs have fired employees and launched their own sexual misconduct probes. The revelations risk tarnishing the reputation of an entire industry.

UK ministers are much more non-commital, however. Speaking at the Munich Security Conference on 17 February, Prime Minister Theresa May said that “while the UK will decide how we spend the entirety of our foreign aid in the future, if a UK contribution to EU development programmes and instruments can best deliver our mutual interests, we should both be open to that.”

The lack of clarity has increased concern about the UK’s impending departure from the EU among the NGO community in London and Brussels.

Britain is one of Europe’s biggest aid donors, spending over £12 billion on aid in 2017, and one of only six EU countries to have met the target of spending 0.7% of its income on aid set by the United Nations. 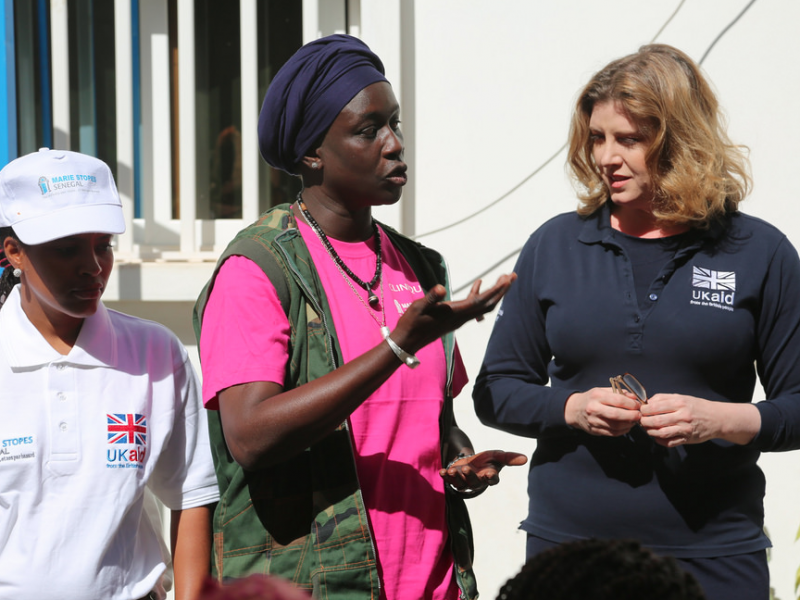 The EU and UK’s leadership in development policy is threatened by Brexit, which will leave a considerable funding gap after 2019, leading campaigners have warned.

The UK’s development riches are likely to continue to flow into EU coffers until December 2020, but the future after that is less clear. Discussions on the next seven-year EU budget framework will kick-off in the coming months, and senior officials remain guarded about the size of the ‘Global Europe’ heading, which covers development.

“MEPS are expecting that the EU commission will present an optimistic proposal to increase the budget (on development),” says Linda McAvan, chair of the European Parliament’s Development committee.

“However, this is difficult in the current financial climate,” she added.

A European Commission position paper on the post-Brexit transition process, published in February states that while UK officials may attend its policy committees, albeit on a case-by-case basis, they “shall have no voting rights and their presence shall be limited to the specific agenda points.”

That won’t work for the UK, says Sanyahumbi.

“We do not just want the opportunity to pay into EU institutions. Norway pays but Norway has no voice. We want a strategic partnership where we sit at the table and have an influence,” she said.

Sanyahumni added that DFID was “pitching for new open instruments that are open to non-member states.”

“If UK-based experts are vetted on a case-by-case basis then although the UK may retain a large development voice, Brexit will severely limit our reach into the EU as we will have no presence in any EU institutions or agencies,” she warned.

A ‘no deal’ Brexit also poses a near existential threat to a number of UK NGOs.

A leaked Commission document in December 2017 warned that British applicants will “cease to be eligible to receive EU funding if the UK withdrawals from the EU during grant period without concluding an agreement.”

Toma told the conference that restricted access to EU funding “will place a huge toll on UK CSOs, who will be excluded from work in 61 countries, 28 of which are on DFID’s high or moderate fragility list.”

The Joint Report by the European Commission and UK government agreed in December gives them a stay of executive. The UK pledged to continue its contribution to the EU budget until 2020, guaranteeing its NGOs the right to apply for EU funding and participate in EU projects.

Toma described this as a “possible safety net for UK’s development sector. However, no one knows what the future eligibility rules for UK CSOs will be or look like until reports are legally binding.”

One response to “Brexit fear and loathing in development world”