The panel debating public-private partnerships for the world's 500 million smallholder farmers at the EU Development Days in Brussels. [Matthew Tempest/Flickr]

Some 70% of the world’s food is grown by smallholder farmers, the majority in the developing world, who will have to help output double by 2030 to keep up with population growth, a panel of experts at the European Development Days in Brussels heard on Thursday (8 June).

But the plight of these smallholders, often tilling one hectare of land or less, gets overlooked in the fight against global poverty and the media’s focus on migration, a senior figure from the EU’s Development and International Cooperation commission admitted.

Dr Leonard Mizzi, the head of unit for Rural Development, Food Security and Nutrition, warned that, according to world population growth estimates, global food production “would have to double by 2030, and double again by 2050″.

Whilst in the West, farmers are protected – to some extent – by subsidies under the European Union’s Common Agricultural Policy, and federal subsidies from Washington to US farmers, the 70% of the world’s poor who live in rural areas will struggle massively to increase production.

“We need the cooperative movement to be scaled up,” Mizzi told an audience from the public and private sectors at event, “Global Partnerships supporting smallholder partnerships” on the final day of the mammoth conference, organised by the EU.

“The growth in smallholdings are at the heart of our concerns, and at the heart of the EU’s New Consensus on Development”, adding that “We need to build up partnerships across the food chains, if we want success.” 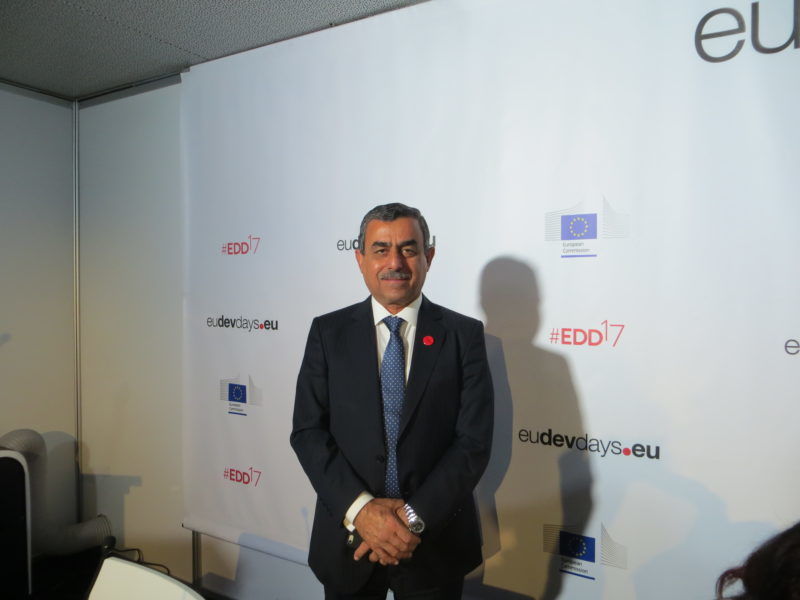 Lessons from Iraq and India on building ‘resilient' recovery after disasters

The focus on private sector involvement at this year – and previous EUDDs – has been controversial, with critics contending that the profit-motive is the bottom line for western corporations operating in sub-Saharan Africa.

But Maaike Groot, European representative for the East-West Seed company, which specialises in developing tropical vegetal seeds for the development sector, argued that – while the firm was a private company – its mission was to “improve the livelihoods of smallholder farmers.”

The company sold more than 250million packets of its “$1” seed packs last year, enabling farmers to try lots of experiments with new crops, she said.

“We work at the very start of the food chain, with innovative products to increase the income of smallholder farmers. Yes, they are more expensive than farm [grown] seeds, but they only come to 5% of farm costs, and they double or triple incomes.”

In partnerships with governments, some 34,000 smallholder farmers have already benefitted from the seeds – which are grown in special research labs to meet local resistances and local tastes – and they hope to double that figure within the next few years.

However, as even Groot admitted, with 500 million smallholder farmers in the world, that is a drop in the ocean.

But she said the challenge for the private sector was to “stay around and build markets and distribution networks”, estimating that the best companies make a business case over 5 to 10 years, growing the market until it is profitable. 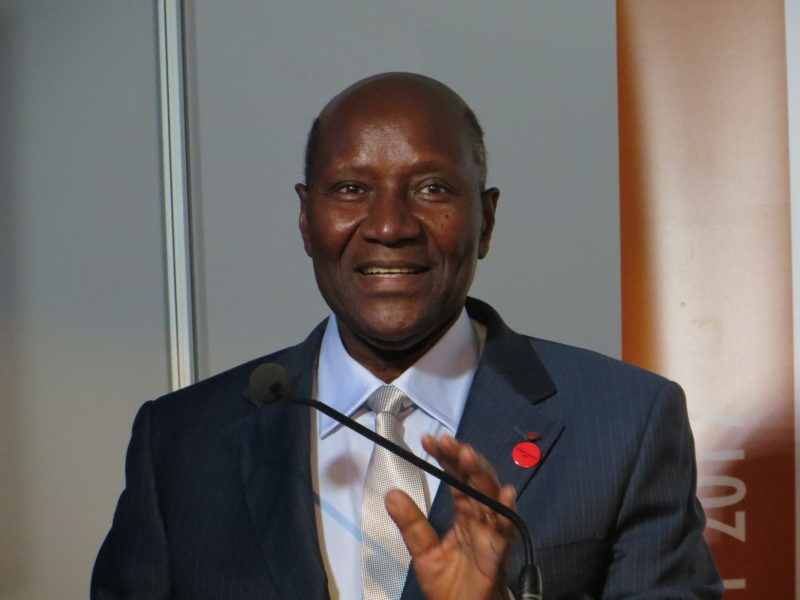 Henry Msatilomo, a former minister for agriculture in the Malawian government, said the most successful public-private partnerships “started at the farmgate”, but pointed out “We must let the farmer articulate his own agenda and demands.”

One of the problems is both a lack of technology, but also a lack of education, bearing in mind many smallholders farm in the most rural parts, of the most poor nations.

For example, explained Dr Roberto Ridolfi Director for Sustainable Growth and Development at DG Development and Cooperation, in some developing nations, farmers were “not considered a man” unless they grew maize – despite the fact that the crop requires heavy rainfalls, and even though cashew nut crops might be more profitable.

But he pointed out that, with mobile technology, some 50 million farmers could be reached at the click of a button to alert them to a banana pest problem, for example.

Washington Otieno, director of the Centre for Agricultural and Bioscience International (CABI), pointed to his non-profit NGOs scheme for so-called “plant doctors”, whereby smallholder farmers could send a picture by WhatsApp or Telegram to an expert, with a 92% success rate in diagnosing pests and diseases.