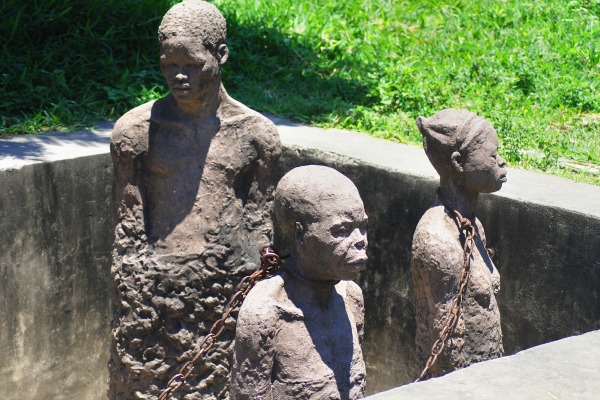 More than 150 years after European colonial powers abolished slavery, a coalition of Caribbean nations is considering legal action to seek a formal apology and monetary compensation.

Caribbean leaders meeting next week in St. Vincent are expected to study a broad legal outline for the reparations claim prepared by a British law firm.

The subject of reparations has simmered in the Caribbean for many years and opinions are divided. Some see reparations as delayed justice, while others see it as an empty claim and a distraction from modern social problems in Caribbean societies.

Slavery ended throughout the Caribbean in the 1800s in the wake of slave revolts, and left many of the region's plantation economies in tatters.

If the leaders decide to go ahead, a legal complaint will be filed against European states, possibly opening the way for formal negotiations.

"Undoubtedly, Britain faces more claims than anyone else because it was the primary slave power and colonial power in the Caribbean," Martyn Day, the British lawyer advising the Caribbean nations, said in an interview. "Britain will be very much at the forefront."

Britain's government is aware of the proposed legal action, its foreign office said.

"Slavery was and is abhorrent. The United Kingdom unreservedly condemns slavery and is committed to eliminating it," a spokesperson said, adding that reparations are not the answer. "Instead, we should concentrate on identifying ways forward with a focus on the shared global challenges that face our countries in the 21st century."

Legal experts say the lawsuit would be a long shot at best.

"There is no legal basis for a claim for reparations," Robert A. Sedler, a professor at Wayne State University Law School, said.

"Slavery was legal at the time, and international law was not a part of the law of the European states. Moreover, a long period of time has passed, and all the victims of slavery are long dead," he added.

Some reparations cases have popped up in the United States over the last decade, but no one has been awarded compensation.

However, if negotiations open "the European nations might decide to apologize for slavery and to provide some financial assistance to the Caribbean nations," Sedler said.

For instance, Caricom could seek to work with the European states to set up museums for Caribbean culture and history, which would entail decisions on financing, Day said.

The legal strategy rests on the fact that the European states targeted by Caricom have all signed the International Convention on the Elimination of All Racial Discrimination, which makes it "a duty to do all in their power to eradicate racial discrimination," said Day.

The Caribbean effort is being led by Ralph Gonsalves, prime minister of St. Vincent and the Grenadines, who has doggedly pursued the issue for the last four years.

The British government paid £19.9 million ($33 million) to 5,228 survivors of torture during Kenya's 1950s Mau Mau uprising, and formally acknowledged that "Kenyans were subject to torture and other forms of ill treatment and that these abuses took place and that they marred Kenya's progress towards independence."

Gonsalves said slavery so traumatized society in Caribbean countries that they have still not fully recovered.

The reparations claim takes into account what its authors say are slavery-related chronic diseases such as hypertension and Type 2 diabetes, widespread illiteracy, the lack of museums and research centers for Caribbean history, the lack of respect for African culture and identity, continuing psychological effects of centuries of slavery, and the lack of scientific and technical know-how to compete in the global economy.

Slaves labored mainly in sugar and coffee plantations and were forced to work around the clock in the fields during harvest, according to Kathleen Monteith, head of the History and Archeology Department at the University of the West Indies.

The international convention against discrimination says significant attempts should be made to solve matters amicably but if no resolution is reached the Caribbean nations can take their case to the International Court of Justice.

Day hopes to present formal complaints to the European states at the end of June. If a European state were to refuse a Caribbean nation's request for talks on its particular claims, then a formal legal complaint would be made.

The European Union has signed up to the final declaration of the 2001 United Nations racism conference in Durban, which addressed the contentious issues of slavery and colonialism.

At the conference, the EU agreed to apologise for the historical wrongs of European colonialism and promised to provide aid, promote investment and consider debt relief but did not accept any legal liability for slave trade.