The Chad-China Friendship Hospital has the only free of charge treatment unit for severe acute malnutrition in N'Djamena.

In the capital of Chad, N’Djamena, the Chad-China Friendship Hospital treats cases of acute malnutrition in young children, a countryside phenomena that has taken over the city in the past few years. EURACTIV.fr reports.

Astar Behir Ali wraps a bracelet around the arm of her eight-month-old baby and smiles when it flashes orange, showing her child is out of danger.

The bracelet with a series of coloured bands known as the mid-upper arm circumference measure (MUAC) is used on young children to detect their level of malnutrition. The colours range from green (normal condition) to red (severe malnutrition).

“I came here because Issa had some bloating and diarrhea, the MUAC measure showed red,” said the 22-year-old mother. The young child was treated for severe acute malnutrition at the hospital. After gaining some weight and being treated for colic, he should be able to leave the facility soon.

Asta Behir Ali’s case is far from the exception in N’Djamena, where severe acute malnutrition among newborns and young children is spreading at an alarming rate. Chad’s capital, with 1.3 million inhabitants, has the highest rate in Africa of malnourished children in an urban area. 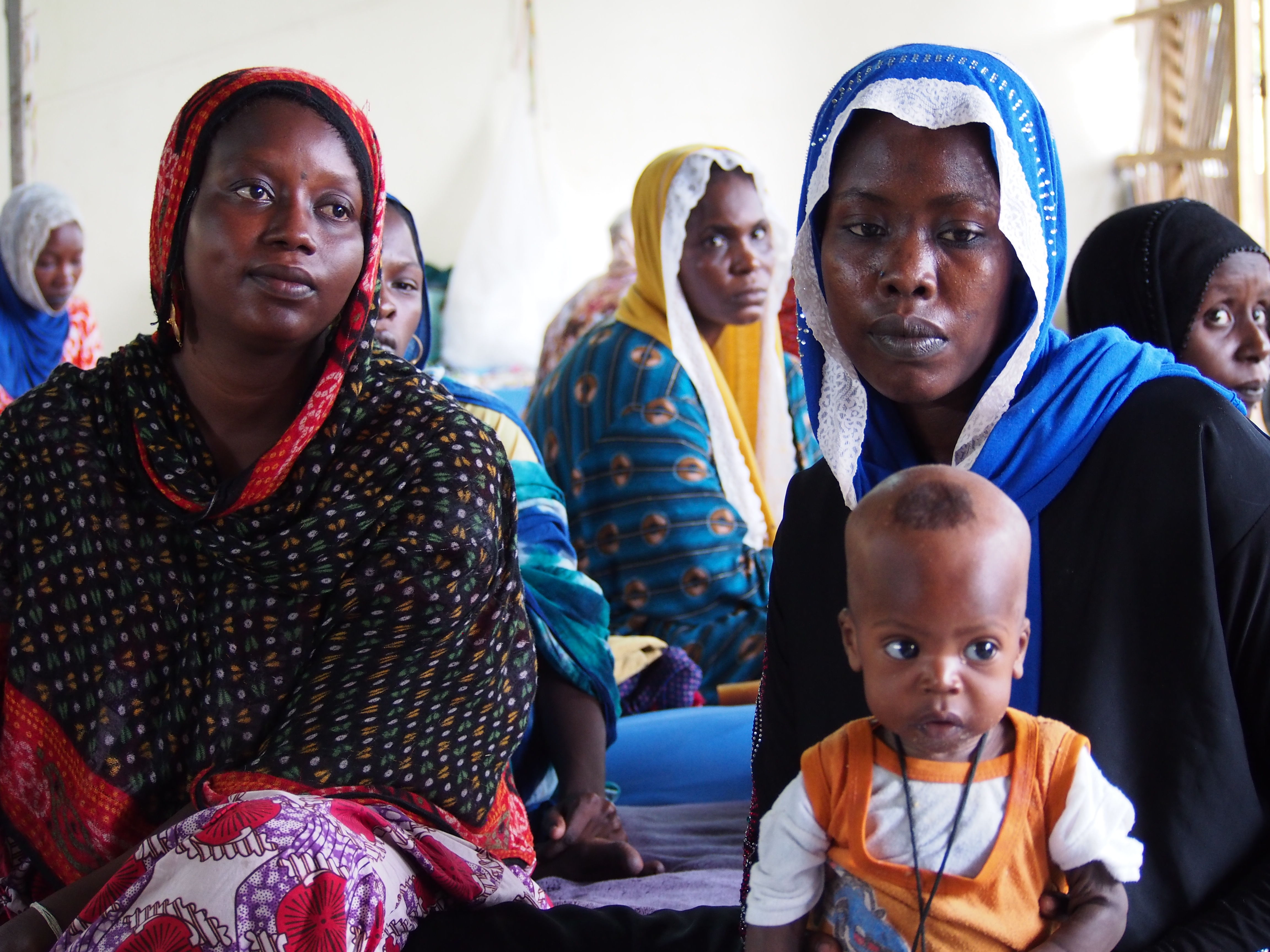 More widespread in the countryside, infant malnutrition is generally not found in urban centres where economic activity still allows families to have minimum access to food. And where economic and sanitary means are concentrated to meet basic food needs.

Asta Beshir Ali’s husband belongs to the part of the population whose income has taken a toll because of the economic crisis. His job as a motorcycle taxi operator was directly affected by the crisis, and the decreasing number of clients was no longer sufficient to feed the family properly.

“This year, the number of [malnutrition] cases has skyrocketed since March,” said Alexis, the medical coordinator of the unit for malnourished children.

The hospitalisation peak started at the beginning of the wet season, when sanitary conditions are deteriorating and diarrhea is more common. “This is also the beginning of the hunger season during which food shortages occur before the new harvest,” said the coordinator.

Faced with a sharp increase in malnutrition cases, the Alliance for International Medical Action (Alima), the NGO in charge of the unit for malnourished children in the hospital had to expand the size of their unit.

With a capacity of 80 beds only, the unit often treats more than 100 children. “Today 150 children are being treated. We do what we can, but it’s far from being spick and span,” said Alexis. The unit’s policy is to accept everyone. “At some point, we’ve gone up to 167 beds,” he said.

Further down, the playroom has been transformed into a transit area for children being monitored before their final release. The average length of stay in the hospital is five days. “Sometimes some have to leave earlier than wished, the priority is to free beds,” said Doctor Halarou Assoumaria.

The overcrowding of the only public and free treatment unit for malnourished chidlren in the capital has become a cause for concern for the seven doctors and 26 nurses working in the unit.

In the large building named the Chinese hospital by local inhabitants, the number of cases in 2018 has increased by 40% compared to last year. An increase that also influences severe acute malnutrition risks for children in the capital from 1.4% to 4.9%.

“As a result, this year we thought we would take around 33,000 cases but we had to re-evaluate to 52,000,” said the doctor. This higher figure could undermine the capacity of the unit, the only one that treats patient free of charge thanks to funding provided by French and European cooperation. 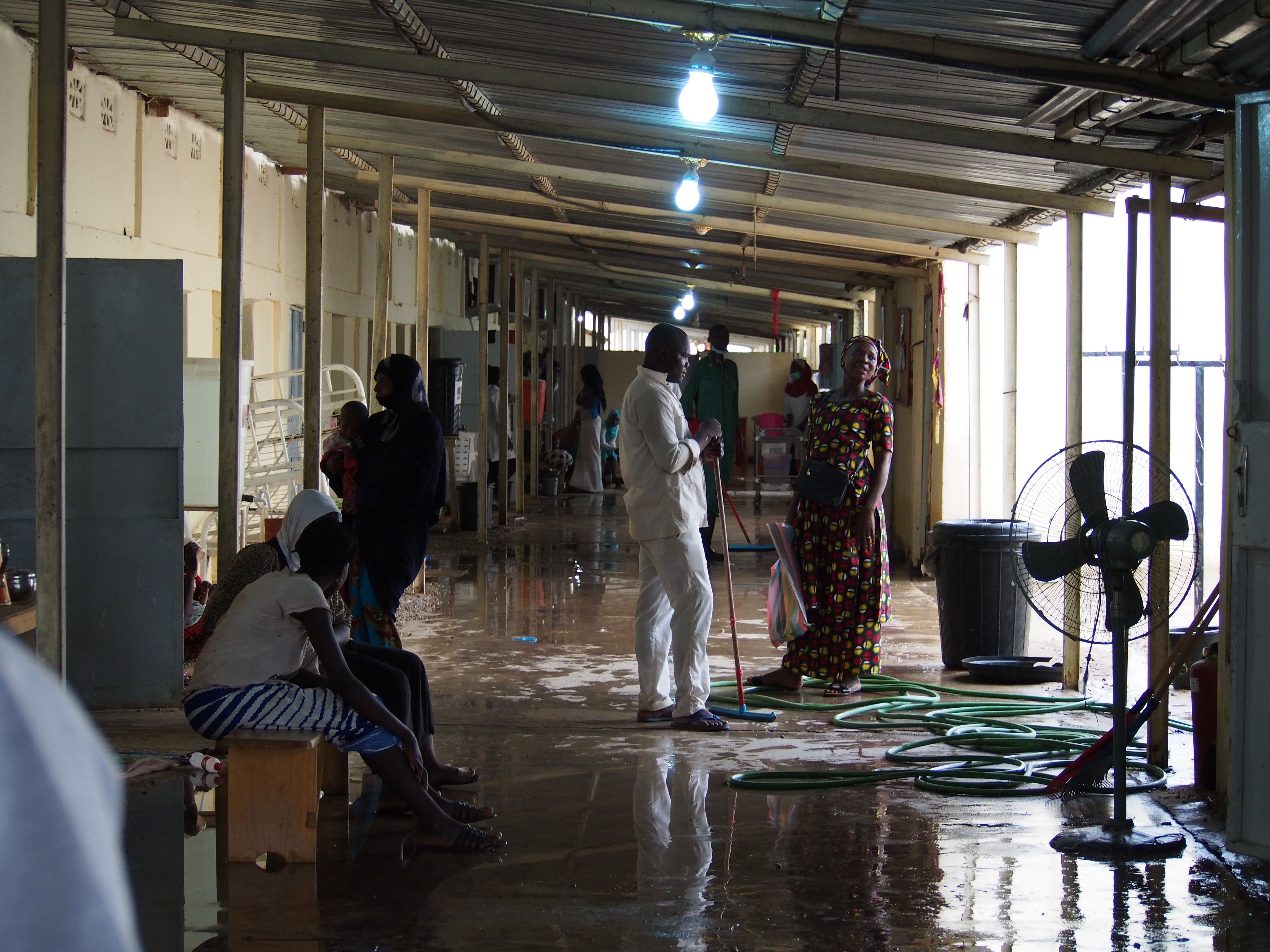 The wet season has started in N’Djamena. [Cécile Barbière]

“Children often arrive in hospital in critical condition,” said a nurse. Because of these late admissions the death rate has also increased to 7% in 2018, the majority of these deaths occur within 24 hours of hospitalisation.

In addition to poverty severe acute malnutrition is also a result of poor nutrition and does not only affect disadvantaged social classes.

To avoid relapses and prevent malnutrition the hospital provides training for young mothers to feed their children properly. One of the trainers, Clarisse, organises daily culinary workshops as well as awareness workshops on infant feeding. “I show mothers that with the food available to almost all families such as sorghum, rice or millet, they can feed their child properly”.

Clarisse is also trying to encourage young women to practice exclusive breastfeeding, which is uncommon in Chad. “Many women come here saying that their milk is cursed, that it spreads diseases to their child. Ignorance plays a lot into these beliefs”.

Such training often prevent malnutrition being repeated from one child to another. “And it works best when the father attends the workshops because they are the ones doing the shopping,” said Clarisse.