By Mark Anderson | In partnership with The Guardian 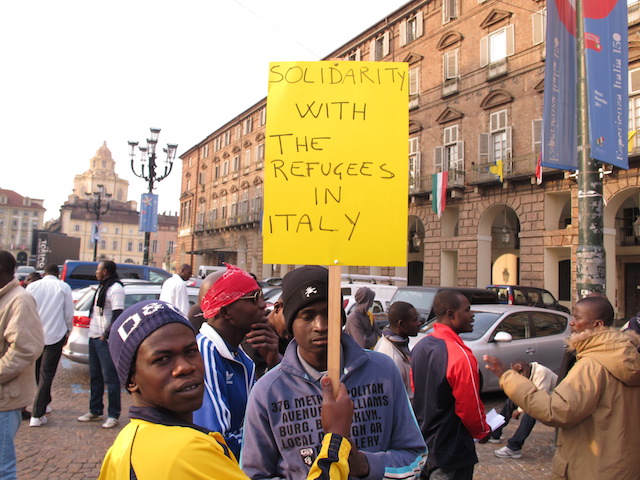 Levels of hunger in the developing world have fallen by nearly one third since 2000. But an “unacceptably high” number of people still do not have enough to eat, largely due to the spread of armed conflicts, this year’s global hunger index warns.

>>Read: There is no place for malnutrition in the 21st century | Lawrence Haddad, Corinna Hawkes and Emorn Udomkesmalee

There are 27% fewer hungry people in the world today than at the turn of the century, according to the 2015 index, which was released on Monday by the International Food Policy Research Institute (IFPRI), Welthungerhilfe and Concern Worldwide.

The index assessed the level of hunger in 117 countries where the issue is considered to be a problem and where data is available. It takes into account undernourishment, child wasting, child stunting and child mortality.

There are “serious” concerns about the level of hunger in 44 countries and “alarming” signs in eight other nations, the index said.

Armed conflict, which has cut civilians off from food supplies, is behind high levels of hunger in Central African Republic, which ranked bottom of this year’s index, according to Dominic MacSorley, CEO of Concern Worldwide.

“You can contrast where there has been progress and go to Ethiopia and Rwanda, where the hunger levels have fallen substantially,” MacSorley said.

“Preventing civilian access to food markets, food production and/or food aid is the equivalent of using hunger as a weapon and is therefore a direct violation of human rights and international humanitarian law,” said Jean-Michel Grand, executive director of Action Against Hunger UK, an international NGO.

Many of the countries affected by the most violent conflicts in the world today – including Syria, South Sudan and Somalia – did not have enough data on hunger to be included in this year’s index. In total, 13 countries had to be omitted from the index because of a lack of available data.

>>Read: Malnutrition linked to nearly half of deaths among under-fives

In September, world leaders committed to the wide-ranging sustainable development goals (SDGs), which aim to end extreme poverty, address the impact of climate change and reduce inequality by 2030. SDG2, the second goal, seeks to end hunger, achieve food security and improved nutrition, and promote sustainable agriculture over the same period.

MacSorley said: “Without peace, ending poverty and hunger by 2030 will never be achieved. The time has come for the international community to make conflict prevention, mitigation and resolution a far higher political priority.”

But humanitarians are optimistic that the world can make progress towards meeting SDG2.

Shenggen Fan, director general of the International Food Policy Research Institute, said: “We are more confident today than ever before that we can end hunger, provided we do not rest on our accomplishments.”

>>Read: Annick Girardin: ‘The SDGs can solve the causes of the migrant crisis’

Grand said: “If world leaders are serious about fulfilling their ambitions to end hunger and malnutrition by 2030, as stated at the sustainable development summit held less than a month ago at the UN general assembly in New York, then they must start by launching meaningful peace processes in war-torn countries where millions of people are denied access to food markets, food production and/or food aid.”

The 2015 index includes data on child stunting and child wasting instead of just on the number of underweight children in a given country. This provides “more accurate information on undernutrition, enabling better humanitarian programming decisions to be made”, Grand said.