In comparison, the Commission proposed setting the total level of commitments at €160.6 billion and payments at €145.4 billion.

But member states on 12 July decided to cut the Commission’s proposals by €1.2 billion. The European Parliament deplored this “mechanical” cut, while NGOs denounced the decrease of development aid and its re-directing to combat immigration.

The resolution on Parliament’s position on the EU’s 2018 budget was approved by 414 votes to 163, with 90 abstentions.

In their budgetary resolution, MEPs stressed that they fail “to understand how the Union can achieve progress in these fields considering the cuts proposed by the Council”.

NGOs hailed the Parliament vote and the priority they gave to poverty eradication, and in particular the MEP’s rejection of the Commission’s proposal, which had suggested a 6.7% reduction in development aid. ONE, Save the Children, Oxfam and Plan International welcomed the MEPs decision.

But the Council told the Parliament that it cannot accept all the amendments. This triggers a three-week conciliation process, starting on 31 October. Council and Parliament will have until 20 November to bridge their differences.

As a follow up to last week’s EU summit, MEPs also cut the pre-accession funds for Turkey by €50 million (with a further €30 million put in reserve) in view “of the worrying deterioration of the situation as regards democracy, rule of law and human rights”.

Märt Kivine, deputy finance minister of Estonia, which currently holds the Council presidency, and chief negotiator for the 2018 budget said: “The presidency is looking for structured and constructive discussions while edging towards a reasonable and sustainable budget decision for 2018”.

The Council stresses that the two institutions share the same priorities for 2018, namely to boost growth and job creation, strengthen security and address migration. In the Council’s view, the main task will be to find an agreement on an adequate level of funding for these priorities.

One of the most contentious issues, not mentioned by the Council, is foreign aid. The Commission had suggested to reduce the total funds under the ‘EU as a Global Player’ (heading 4) part of the text by €232 million compared to 2017 levels, i.e. 5.6% cut and a cut of 6.7% to development aid.  The Council has proposed to further cut the former by €90 million. 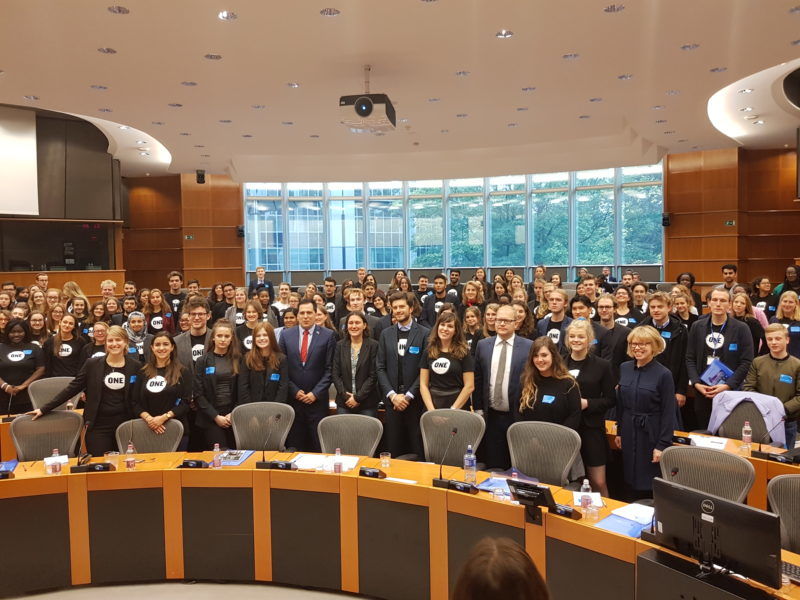 Ahead of the European Parliament’s vote on the EU’s draft 2018 general budget next Wednesday (26 October), campaigners have put pressure on MEPs not to reduce the EU’s development aid.

Conversely, the Parliament has followed the proposal of the Budgets Committee to increase EU’s external spending by €232 million:

NGOs consider that funding under heading 4 should not prioritise migration control and EU borders protection over poverty eradication. They say that such an approach contradicts the EU treaties which determine that poverty reduction and eradication should be the primary objectives of development cooperation.

Valentina Barbagallo, Brussels Policy and Advocacy Manager at ONE, said: “In these uncertain times of pandemics, famine and instability, the EU has to recognise the critical need to invest in long-term development now. The European Parliament’s proposal to increase development and humanitarian aid - especially for crucial education programmes - shows vision and commitment. With Africa’s population set to more than double by 2050, access to quality education and jobs could transform a booming youth population into the engine of global growth, with the potential to wipe out extreme poverty. Member States must now show the same foresight and back these indispensable increases to EU aid.”

Hilary Jeune, Oxfam’s lead policy advisor on development cooperation, said: “The increase to humanitarian aid and development cooperation is much needed, but the money given to fighting poverty, where it is most needed, is merely crumbs next to the cake given to promoting the EU's race to stop migration. Member states must now ensure the budget is not reduced to shoring up ‘Fortress Europe’, but instead defend Europe's role as the world leader in development. Aid money must go to actually helping people, and not be dependent on other EU priorities such as migration.”

Tanya Cox, Plan International’s EU Representative (a.i.), said: “With this vote, the European Parliament has demonstrated its continued commitment to ensure that poverty and inequality are tackled. Given the huge weight of gender inequality in some parts of the world, special attention will need be given to realising girls’ and women’s rights, to make sure that no one is left behind.  We also welcome the focus put by MEPs on human development and on the need for the EU to respond to crises - particularly through supporting education in emergencies. We expect Member States to agree and support this position during negotiations with the European Parliament in the coming weeks.”

Jacqueline Hale, Head of Advocacy at Save the Children, said: “Humanitarian aid, food security and adequate nutrition, and access to education – including in emergencies – are vital to children and young people. Parliament’s vote to increase these budget lines sends a positive signal that MEPs support funding for children living in poverty or in crisis-affected countries. Thank you to Daniele Viotti, Charles Goerens and rapporteur Siegfried Mureșan for these increases. We now urge the Parliament’s representatives in talks with Council to continue to negotiate for humanitarian aid and ambitious EU action to fight poverty and alleviate suffering outside its borders during their meetings in November.”