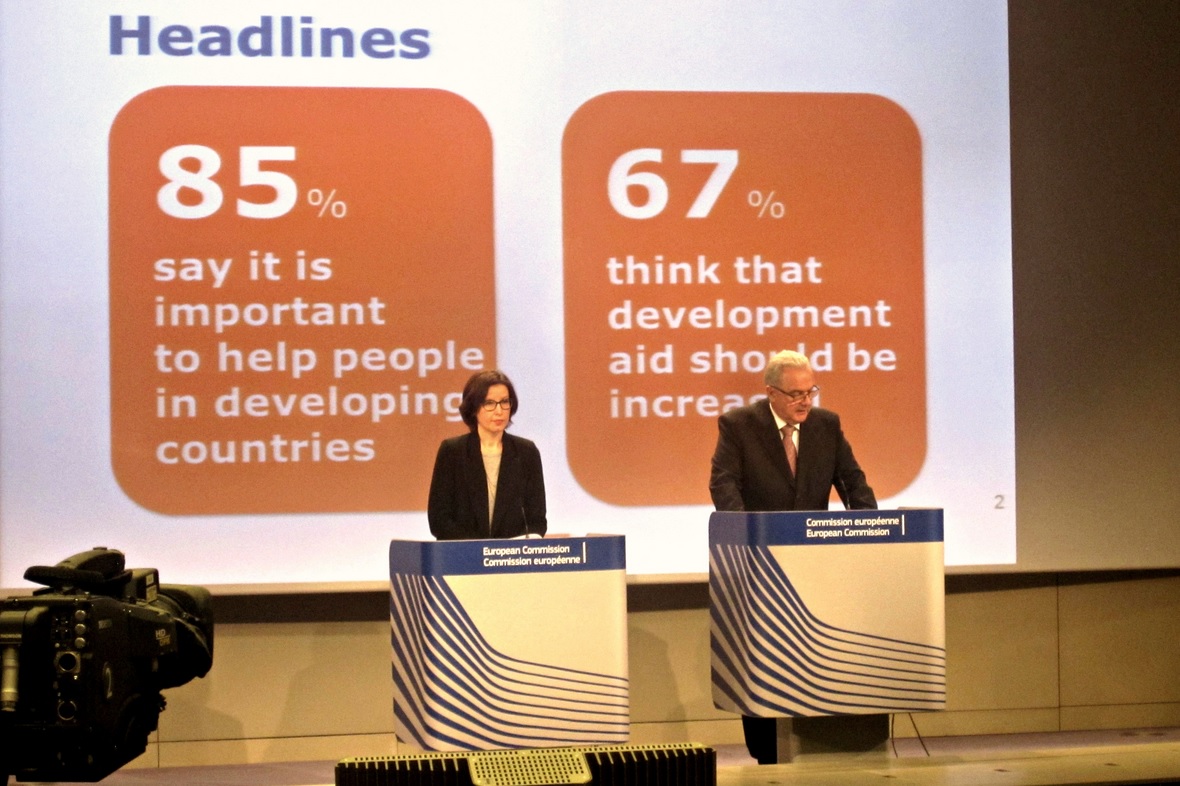 Neven Mimica at the presentation of the development aid survey in Riga. [George Gotev]

The European Commission has officially launched the European Year of Development. But a report has revealed just how little European citizens understand development policy, despite broadly supporting it. EURACTIV France reports.

The European Year of Development was inaugurated on 9 January in Riga, the Latvian capital. Despite appearing as a top priority for the international community, it is still a subject of great ignorance among EU citizens.

According to a study on Europeans and development, carried out by TNS for the European Commission, 87% of those questioned said they had never heard of the European Year of Development before the survey.

More broadly, the study points out that European knowledge of development policy is, at best, flimsy.

France is among the countries where this lack of knowledge appears to be most deeply rooted: 66% of the French citizens queried admitted to not knowing the destination of development aid, and 32% said they had some knowledge.

In spite of the lack of detailed understanding, European citizens show a strong attachment to development policy.

Almost two thirds of the survey’s participants (64%) believe that fighting poverty in developing countries should be one of the EU’s top priorities.

>> Read: ODA in austerity: development to the detriment of the less advanced countries? (in French)

Even today, with several EU member states experiencing a period of severe financial hardship, the majority of Europeans think that aid should be increased to meet the levels promised (52%) or higher (15%).

Scepticism from the French

While 78% of French people agree that it is important to help the populations of developing countries, this proportion is “among the six lowest across all EU Member States,” according to the study, and represents a fall of 9% since the last survey. France is not alone in this respect, as approval for development aid has also suffered a 9% drop in Belgium and Italy. Overall, 85% of respondents to the survey said they believe development aid to the poorest countries to be important.

The survey’s respondents placed health (39%), peace and security (36%) and education (34%) at the top of the list of issues they consider to be most important for developing countries, leaving gender equality (6%) and climate change (6%), both among the top priorities for the EU member states, far behind.

Neven Mimica, the European Commissioner for International Cooperation and Development, said "I feel very encouraged to see that despite economic uncertainty across the EU, our citizens continue to show great support for a strong European role in development. The European Year will give us the chance to build on this and inform citizens of the challenges and events that lie ahead during this key year for development, helping us to engage in a debate with them".

Seamus Jeffreson, the director of the European development NGO CONCORD, said it was "very good news at the opportune moment. These positive results are a perfect start to the European Year of Development. The challenge now is to engage our citizens in a new debate on development. A debate that will go beyond the importance of aid and will analyse how our consumption, our ways of life and our policies affect global development as a whole".

Every year since 1983, the EU has chosen to raise awareness of a specific theme among European citizens, and to try and change their outlook on certain subjects. The themes are proposed by the Commission and adopted by the Parliament and the European governments. See the list of annual themes here.

In dubbing 2015 the European year of development, the EU hopes to better inform citizens bout development and demonstrate to the contributors that every euro allocated to development aid brings benefits both to the inhabitants of the poorest countries in the world and to the European citizens themselves.

The various events of the year of development will be centred on monthly themes. From January to December, these themes are: Europe in the World; Education; Women and Girls; health; Peace and Security; Sustainable Green Growth, Decent Jobs and Businesses; Children and Youth; Humanitarian Aid; Demography and Migration; Food Security; Sustainable Development and Climate Change, and Human Rights.