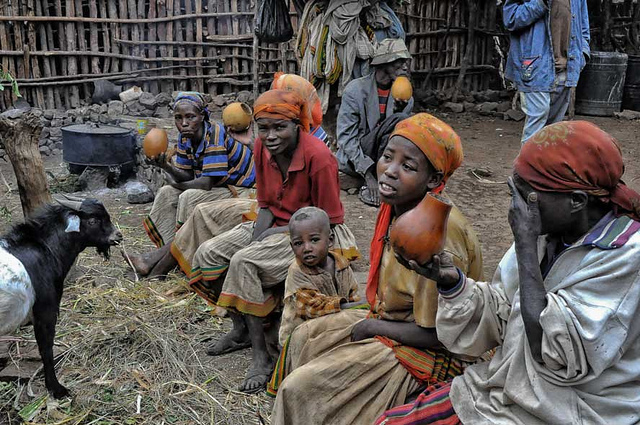 African countries such as Ethiopia would benefit from growing quinoa, a plant that is both resistant to very long periods of dry soil as well as one of the most nutritious crops, according to a development aid organisation.

The Danish development aid organisation Folkekirkens Nødhjælp is working on a project that encourages Ethiopian farmers to grow quinoa as climate changes have lead to poorer harvests. The organisation says that the changing local weather patterns can determine whether a family lives or dies and therefore, the new experimental fields need to show the local farmers that quinoa is not only able to grow, but is also able to improve the whole family’s nutritional status.

“I’m really positively surprised to see how well quinoa has done during the irregular rain periods in Ethiopia over the past year,” said Mads Lindegaard, of Folkekirkens Nødhjælp.

Quinoa is not a common crop in Africa, as it originates from the Andean region of Peru, Bolivia, Ecuador and Colombia.

The plant’s growth is highly variable due to a high complexity of different subspecies, varieties and landraces. Nutritional evaluations indicate that raw (uncooked) quinoa is a rich source of protein, dietary fibre, several B vitamins and dietary minerals, nutrients whose contents are substantially reduced by cooking.

Over the past 20 years, Ethiopia has brought down the number of malnutritioned from 75% to 35% of the total population. Still, the people of the African country have one of the highest risks of hunger and 33% has less than €1.6 to spend per day.

“The rain doesn’t come anymore like it used to,” Agregash Adissie, a farmer in Tedesh, told Folkekirkens Nødhjælp.

“Vegetables and wheat grow worse than before and our sheep die of an illness which is perhaps due to the fact that they don’t get enough food. So now we keep goats. The coffee production is also worse now, so I only have a few crops left and I have started buying coffee.”

Adissie added that she and her neighbours worry as the average temperature in Ethiopia is rising while the rain isn’t coming as often as it used to, making their harvest progressively worse. It is also getting increasingly difficult to get through the ‘hunger months’ before the harvest and this also decreases the economic possibility of sending the children to school.

Folkekirkens Nødhjælp’s Mette Lund Sørensen said an improved diet could give families and whole villages more energy and influence over their lives and development.

EU development policy seeks to eradicate poverty in a context of sustainable development. The Union is the world's leading donor providing over 50% of all global development aid.