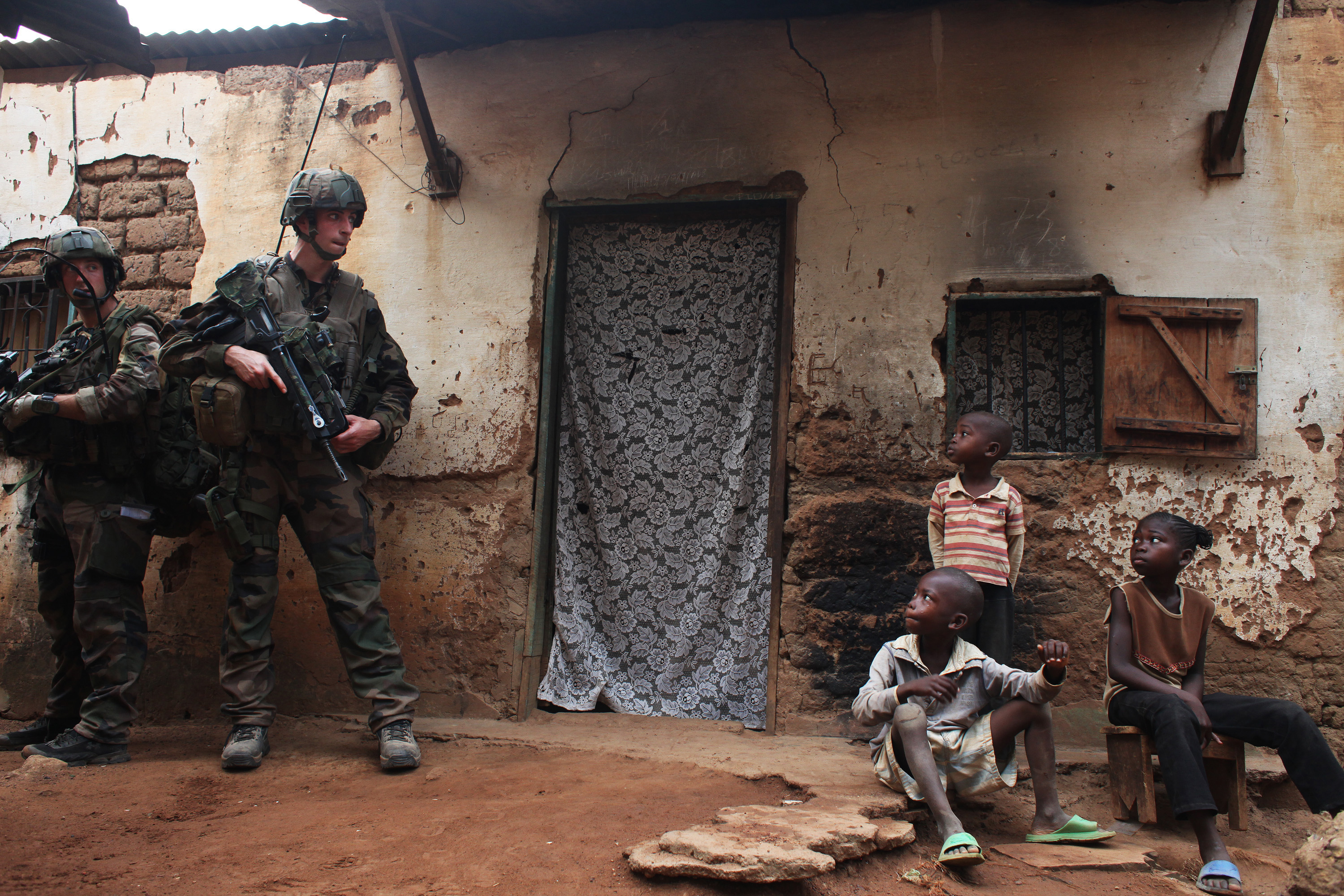 The European Union and the United Nations are looking to balance short-term security and "stabilisation" measures with immediate humanitarian aid, pledging along with other donors some half a billion dollars to the conflict-stricken Central African Republic.

The EU and the UN, as well as other donors such as the United States, World Bank and African Development Bank, pledged $496 million (€366 million) to the CAR after a meeting at the European Commission in Brussels on Monday (20 January).

Some $296 million will go to “stabilisation” measures, including part humanitarian relief as well as the restoration of basic services and cash-for-work programmes, officials told reporters.

The other $200 million will go to urgent humanitarian needs coming as a result of the increased violence.

“The United Nations and partners have scaled up our efforts significantly to deal with the humanitarian consequences of that deterioration,” UN Under-Secretary General for Humanitarian Affairs Valerie Amos said.

“The key thing that came out this morning was linking our humanitarian work to a broader stabilisation agenda and indeed to the reconciliation efforts which are going on throughout the Central African Republic,” she added.

The pledge represented full funding for a 100-day programme of intervention in the CAR, a country of 4.6 million people, half of which are children.

The European Commission also decided to increase its humanitarian support to €45 million in 2014, based on a study of the needs in the region, including shelter, health, protection from violence, water, sanitation and hygiene. The European Union gave €76 million in 2013, with €39 million coming from the Commission.

In 2012, the entire amount of aid the EU sent to the CAR was €20 million. “Unfortunately it was a forgotten crisis. Today was a turning point in that,” said David Sharrock, the spokesperson for Humanitarian Aid Commissioner Kristalina Georgieva.

The situation in the CAR has deteriorated to “pre-genocidal” levels, the Food and Agriculture Organization’s director of emergencies, Dominique Burgeon, told EURACTIV.

Over one million people are estimated to have been displaced by the violence, in addition to the thousands killed since the mostly Muslim rebel coalition Séléka seized power in March, which prompted a wave of revenge attacks by Christian militia. Over 1,000 people were killed last month alone in the capital Bangui.

Over one million people are estimated to have been displaced by the violence and about 60% are in dire need of aid.

The funding pledge came during a meeting of EU foreign ministers in which they pledged to send some 500 troops for up to six months to calm tensions. Officials hope the mission can be on the ground by March, AP news agency reported. France has already deployed some 1,600 military personnel.

This would be the EU’s first fully-fledged military operation for six years, since the mission in Chad, which started in 2008.

Burgeon said on Thursday, the day after returning from two days in the CAR, that the long-term resilience of many communities was at risk, due to their abandoning their homes and farmsteads out of fear for their safety.

“We did a 23km-long road from Bonsangua to Zere [northwest of Bangui] and the level of devastation was really impressive. Many many villages were completely burned and both the houses and in the field we could see very few animals.

“When we arrived in Zere, we could interact with a few people and they showed us that it has not been limited to raiding the cattle, to destroying the houses but all their productive assets have been either looted or burned.”

The devastation has affected harvests, leading local people to turn to their food reserves, which are only expected to last until February, instead of July. Unless they get back in the fields, many communities are running a high risk of famine and malnutrition.

A woman identified as Julienne Yasso, from Zere, told UN officials last week: “Unhappily they [rebels] came and there are a lot of people who are dead. They came and they stripped us of all resources, our goods and all that we had. They attacked our children, our young people, and they exterminated them.”

Burgeon said that despite the devastation there were signs of hope. “On the very same road we saw some people coming back and some people even starting rebuilding their house,” Burgeon said.

“I think they realise that there will be humanitarian assistance but they have to take care of their own destiny and try to resume their livelihood as soon as possible.”

Last Friday, EU officials warned that there was a “growing risk that the crisis in the CAR could degenerate into a wider regional conflict” without action.

A transitional council has been launched to help restablish political stability in the country. Members of the Council named the mayor of Bangui, Catherine Samba-Panza, as the interim president yesterday.

"Central Africans are enduring a major humanitarian tragedy and their suffering is truly appalling. The international humanitarian community assembled in Brussels today is determined to reinforce assistance and provide urgently needed aid to the most vulnerable", said Kristalina Georgieva, EU commissioner for humanitarian aid and crisis response.

"Through the successful mobilisation in Brussels today, 90% of the funding requirements estimated by the United Nations will be covered. This is a decisive moment in the face of the dramatic humanitarian crisis in the Central African Republic", said France's deputy minister for development, Pascal Canfin.

Georgieva said the Central African Republic, or CAR, was in "complete chaos" while adding that Niger, northern Mali and Sudan's Darfur region were also plagued by lawlessness.

Some 91% of the humanitarian disasters occur off the radar, she said, saying that millions of people suffered and hundreds of thousands were dying in overlooked conflict areas with little attention for the outside world.

Georgieva said she was taking the CAR case “very personally," pledging 15% of her the humanitarian budget to “forgotten crises”.

Development Commissioner Andris Piebalgs has agreed that foreign aid funds also would be dedicated to such areas, she added.