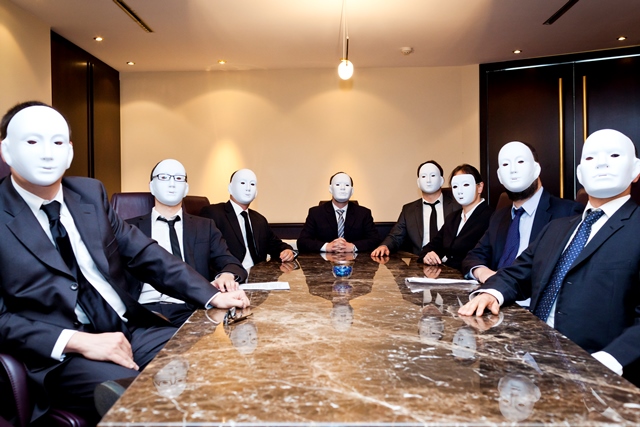 The registers are designed to unmask the real owners of companies, as part of the fight against corporate tax evasion. [Eurodad]

EU governments have agreed to create centralised registers of company owners, but stopped short of making them public or applicable to all kinds of trusts, after ambassadors struck a compromise deal with the European Parliament late last night (17 December).

The registers will now only be accessible to members of the public, including journalists, who can prove a “legitimate interest”. Only owners of trusts that generate taxable income have to register, under the agreement on the draft fourth Anti-Money Laundering Directive (AMLD).

The compromise comes in the wake of the Luxembourg Leaks tax scandal that has rocked the European Commission and greater public scrutiny of corporate tax practices. Campaigners argue that public registers of company ownership would be a vital tool in the fight against tax avoidance by multinational businesses.

Such corporations can legally minimise their tax payments by shifting money to their subsidiaries in other countries. Individuals and businesses can also use shell companies and trusts to illegally evade tax by hiding their assets. The registers will also help fight money laundering and organised crime, MEPs said.

MEPs in the Economic and Monetary Affairs (ECON) and Civil Liberties, Justice and Home Affairs (LIBE) Committees added the register requirement as an amendment to the AMLD bill.  They called for the register to be public and to include owners of both companies and trusts.

But that was watered down in talks over the AMLD last night. In order for it to become EU law, both Parliament and Council must agree an identical text.

Details on how the legitimate interest would be proved remain unclear but EURACTIV understands that member states will have some leeway in setting their own bar.

Denmark, France and the UK have signalled they will make their registers fully accessible to the public.  The Financial Transparency Coalition, a global network of NGOS, called on member states to follow their example.

Those passing the legitimacy test will be able to access the beneficial owner’s name, month and year of birth and residency and details on ownership. MEPs added some exemptions, such as one for underage trust holders, which they said was to guard privacy.

The European Parliament said that any exemption to the access provided by member states would be possible only on a case-by-case basis in exceptional circumstances.

“Requiring the public to prove a ‘legitimate interest’ is contradictory to the idea of transparency, and places all the burden on the public, rather than the potential criminals who are treating the European financial system like their personal launderette,” said Nienke Palstra ,of Transparency International.

“In a world where money moves a mile a millisecond, without public registers we’re giving criminals and their enablers years to figure out the best ways to continue exploiting the system,” said Christian Hallum of the European Network on Debt and Development (Eurodad).

Not making the register fully public robbed them of their potential to deter legal tax avoidance by multinationals, campaigners said.Companies would fear the public relations backlash if they were shown to not be paying a domestic tax commensurate with their success. Google, Amazon and Starbucks have all recently been criticised for aggressive tax planning.

Robert Palmer, money laundering campaign leader at Global Witness, said, “We now urge all member states to follow the example of the UK and give the public access to these new registers”.

Under the compromise, the register will only include trusts that generate taxable income. This was potentially a loophole that could be exploited, campaigners said.

An OECD study, Report on the Misuse of Corporate Vehicles for Illicit Purposes, said, “Trusts often constitute the final layer of secrecy for those seeking to conceal their identity”.

It gives the example of Nigeria’s former President Sani Abacha. Abacha is estimated to have stolen up to US$5 billion during his rule from 1993 to 1998. Part of the cash was held in trusts in Guernsey which had bank accounts in London, secret bank accounts in Europe and shell companies in British Crown Dependencies.

The United Kingdom had pushed for trusts to be exempted from the final agreement but had earlier said it would bring some “new language” to the negotiating table, in an effort to seal a deal. That could be the taxable income compromise.

The deal must now pass to ambassadors and EU finance ministers for ratification. It will be voted on by the full European Parliament next year, after ratification by the two committees.

The two MEPs leading negotiations on the bill welcomed the agreement.

“For years, criminals in Europe have used the anonymity of offshore companies and accounts to obscure their financial dealings, said ECON rapporteur Krišj?nis Kari?š , a Latvain member of the European People’s Party.

“The new rules agreed today will provide much greater transparency of the shadowy business structures that are at the heart of money laundering schemes, as well as schemes used by businesses to avoid their tax responsibility,” added LIBE rapporteur Judith Sargentini, a Dutch Green.

Yes we have white smoke: parliament and council agreed on a Public register to tackle money laundering and tax evasion #amld

Sargentini told EURACTIV last month that Luxleaks would be influential in a successful finish the negotiations.

“Luxleaks has put tax issues into the spotlight,” she said, “I think that will convince member states who are against the register to try and find a way forward.”

Luxleaks exposed how the Duchy cut deals with global companies, allowing them to save billions on tax bills. Yesterday Commission President Jean-Claude Juncker, prime minister and finance minister of Luxembourg at the time the deals was made, announced there would be a drive to fight tax evasion as part of the Commission’s 2015 work programme.

Aggressive tax planning was already high on the agenda of policymakers keen to raise much needed revenue after the financial crisis. In June, the European Commission opened investigations in the tax policies of Ireland, Luxembourg and the Netherlands.

The state aid investigations centre on three cases, Apple in Ireland, Starbucks in the Netherlands and Fiat Finance & Trade in Luxembourg.

On 7 October, the Commission opened another investigation regarding Amazon in Luxembourg. The probes examine whether they provide certain companies a competitive advantage by offering them sweetheart deals.

The European Commission today enlarged the enquiry into the tax ruling practice under EU state aid rules to cover all member states. The Commission will ask nations to provide information about their tax ruling practice, in particular to confirm whether they provide tax rulings, and, if they do, to request a list of all companies that have received a tax ruling from 2010 to 2013.

Competition Commissioner Margrethe Vestager said, “We need a full picture of the tax rulings practices in the EU to identify if and where competition in the Single Market is being distorted through selective tax advantages. We will use the information received in today’s enquiry as well as the knowledge gained from our ongoing investigations to combat tax avoidance and fight for fair tax.”

“The amount of progress made over the last year and a half is encouraging, and the fact that all EU nations agreed to centralized registers is a significant step,” said Koen Roovers of the Financial Transparency Coalition. “But with countries like Denmark, France, the UK and Ukraine announcing commitments to public access, the European Union should see the writing on the wall.”

The new standards were turned into a legislative proposal by the European Commission in February 2013. MEPs introduced an amendment to the bill calling for an EU wide public register of company owners and trust holders, which supporters argue is vital for fighting multinational tax avoidance.