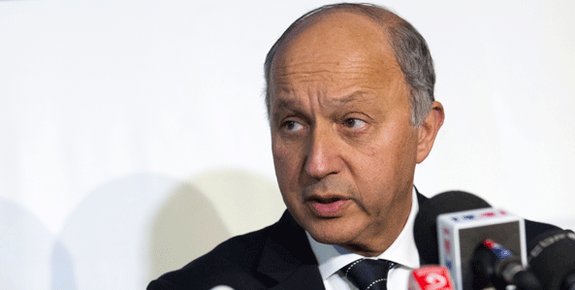 European Union governments will this week question how to best use their economic ties with Egypt to pressure Cairo's army-backed rulers into finding a peaceful compromise with supporters of deposed Islamist President Mohamed Morsi.

At stake could be a €5 billion package of grants and loans promised by the EU, its member governments and international financial institutions last year, as well as various trade incentives, EU officials and experts say.

The EU's ability to exert immediate economic pressure on Cairo is limited – much of its current aid is already stopped because of inadequate democratic reforms.

But the hope is that such a signal could help end a bloody crackdown by the government against Morsi's Muslim Brotherhood, in which around 800 people have died, and prevent further bloodshed between the two sides.

President of the European Council Herman Van Rompuy and European Commission President José Manuel Barroso, two of the most senior EU officials, said in a statement on Sunday (18 August) the 28-member bloc should "urgently review" its relations with Cairo to try to end the violence.

Senior EU diplomats will meet in Brussels on Monday to decide which areas of economic cooperation could be targeted and prepare a possible meeting of EU foreign ministers to be held in the next two weeks.

"Egypt is a key partner of the European Union," the two officials said. "Further escalation must be prevented. It could have unpredictable consequences for Egypt and for its broader neighbourhood."

In the past days, a host of European foreign ministers have raised the spectre of suspending economic aid.

"What is evident is that we must quickly stop the bloodshed and reach an inter-Egyptian dialogue. It is not easy of course. We have to mobilise all our energies so that a solution is found by Egyptians," he told reporters on Sunday.

Austria's Michael Spindelegger called on the EU to withhold its main aid deal.

"This is my demand: The 5 billion have to be held back until the process returns to democracy," he said in an interview with the newspaper Kurier published on Sunday.

Experts and officials said Brussels could also threaten to suspend a broad deal dating back to 2001, which includes provisions for free trade in industrial goods and concessionary arrangements for trade in agricultural products, as well as broader political cooperation and a cultural exchange.

The United States and the European Union have tried jointly to facilitate a peaceful, political solution to the stand-off between the army and the Muslim Brotherhood of Mursi, Egypt's first freely elected president.

But since the army crackdown on pro-Mursi protests started on Wednesday, the focus of international involvement has shifted. In choosing its next steps, the EU will have to tread carefully in who it targets with any new measures.

Along with Washington, it needs to balance the need to support democratic principles with a vital interest in the stability in the Arab world's most populous nation.

Cutting off aid completely could damage support to the civil society which now benefits from the vast majority of EU cash. Since 2012, no new funds have been approved for direct budget support in Cairo, because of a lack of reforms.

It could also damage Europe's ability to mediate between the two sides in the future. European commercial interests could weigh, as well.

"Some will say … Why do want to push the Egyptian market into the hands of Chinese," said Daniel Levy, Middle East director of the European Council on Foreign Relations think-tank.

On the other hand, he said, the spectre of severing broader commercial ties could, in time, push the Egyptian business elites to pressure the army into political dialogue with the Muslim Brotherhood.

"[They] … will also be uncomfortable and they will start sending internal signals," he said.

Liberals and young Egyptians staged huge rallies demanding his resignation. On 3 July he was toppled by the army. The authorities have responded with violence to protests by his supporter from the Muslim Brotherhood.

Since Morsi was deposed, Gulf Arab states have pledged $12 billion in aid, buying the interim government valuable time to try to put its finances back in order.