By Sam Jones | In partnership with The Guardian 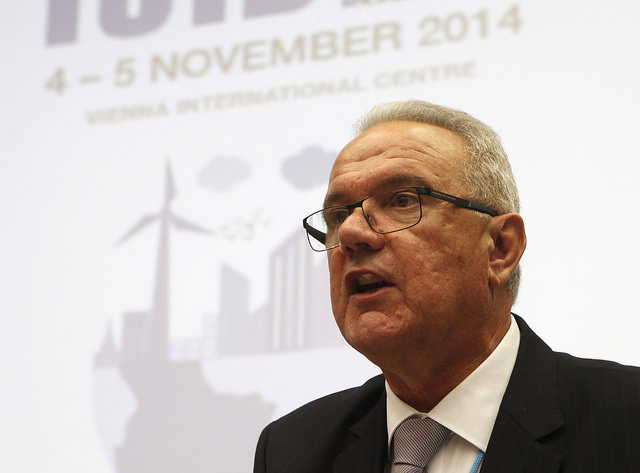 EU member states must finally make good on their pledge to spend 0.7% of gross national income on foreign aid as the world prepares to agree the development agenda for the next 15 years, a European Commissioner has warned.

Neven Mimica, the EU commissioner for international cooperation and development, said that honouring the commitment on official development assistance (ODA) would enhance Europe’s global standing and help pressure other countries into accepting their financial responsibilities.

“The EU should collectively recommit to the target of spending 0.7% of gross national income spent on ODA,” he said.

“That would actually leverage our negotiating position at the UN when encouraging other developed countries to make the same level of financial commitment. It would also engage emerging donors from upper-middle income countries to take their fair share of their commitments on implementing the new development agenda.”

So far, the UK, Luxembourg, Sweden and Denmark are the only EU member states to have hit the 0.7% target, which was originally agreed in 1970.

Speaking as the European commission published its plans for the post-2015 agenda, Mimica said that July’s development finance conference in Ethiopia and September’s UN meeting to agree the sustainable development goals would both require demonstrations of good faith and generosity.

“This financial track will be the most sensitive and delicate part of the Addis Ababa meeting,” he said. “It won’t be easy to get all the developed countries – let alone the emerging donors – to take their fair share. But we can succeed – but only if we as the EU and the largest donor really set an example on committing to this important financial target.”

The commissioner conceded that appealing for development funding was difficult at a time of enduring global financial crisis, but said he hoped the EU would heed “the prevailing expectations of European citizens when it comes to European development solidarity”.

However, despite the call for the union to honour its ODA commitment, Mimica said aid could no longer be seen as the be-all-and-end-all of development.

“We do not want all our negotiating partners in the UN process to think only of the ODA part of the development agenda,” he said.

“We want people to take on board the private and public contribution to the goals, as well as the mobilisation of domestic resources and revenues, and the importance of good governance. We also want people to think about the development impact of tax, trade and technology transfer.”

In May, the commission announced proposals to boost the role of the private sector in development, arguing that investment could help improve sustainable agricultural production and better the lives of women, young people and the poor.

Mimica said business could be “an important engine” for development progress in areas such as resource efficiency and infrastructure building.

“We would like to encourage such investments through innovative financial means,” he said.

“We are ready to strengthen and broaden our blending capacities, which means bringing together our grant component with the loan capacities of the public or private sector in order to leverage the financial capacity to finance infrastructure projects. We see private sector engagement much more along the lines of major development policy goals than along the lines of pure profit.”

The commissioner said that the key meetings of 2015 – Addis Ababa, New York and the UN climate summit in Paris in December – represented a once-in-a-lifetime opportunity to reach agreement on the sustainable development agenda.

Failure to act collectively and responsibly, he said, was not an option.

“I would rather not speculate on what would happen if we were unsuccessful because it would be disastrous to the overall needs of the planet,” he said. “The goals and challenges in front of us are so huge that I can’t see what kind of irresponsibility could prevent the world from coming to an agreement.”

Some, however, have questioned the commission’s approach to the development agenda after 2015, when the Millennium Development Goals will be superseded by sustainable development targets.

Tove Maria Ryding, tax justice coordinator for the European Network on Debt and Development, said the latest communication lacked ambition and dodged all the difficult questions on how the SDGs would be financed.

“The European commission has suggested that the EU could recommit to the target of delivering 0.7% of GNI in official development assistance within a given timeline,” she said.

“While we very much welcome a renewed discussion about how and when the EU can fulfil its commitments, we don’t think that recommitting to a 40-year-old target gives the EU the right to call itself a global leader.”

Ryding said that poor countries had already called for developed countries to fulfill their old aid commitments, action on the debt crisis and the creation of a new UN body to address the failings of the global tax system.

“The developing countries have made it clear that they don’t want to be the only ones to take on new commitments, and they want a negotiation about financing for development,” she said.

“Unless the EU becomes more ambitious, there is a very real risk that the international negotiations will collapse. This could cost us both the sustainable development goals, as well as the new global climate treaty, which is supposed to be agreed at the end of the year. The EU is playing a dangerous game.”