EU eyes warmer Cuba ties with push for new accord 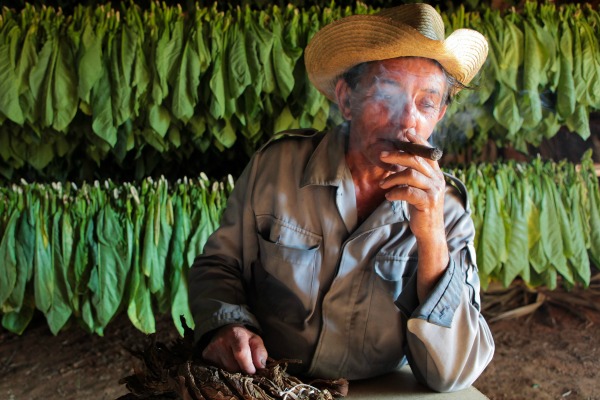 The European Union agreed on Monday (11 February) to launch negotiations with Cuba to increase trade, investment and dialogue on human rights in its most significant diplomatic shift since Brussels lifted sanctions on the communist-ruled country in 2008.

After more than a year of discussions, EU foreign ministers decided to seek better ties with Havana to support the Caribbean island nation's market-oriented reforms and to position European companies for any transition to a more open economy.

"These negotiations will help consolidate our engagement with Cuba," the EU's foreign policy chief Catherine Ashton said after the decision. "I hope Cuba will take up this offer," she said in a statement.

EU negotiators aim to agree the so-called Political Dialogue and Cooperation Agreement by the end of 2015 and say Cuba has signalled a willingness to sign.

While EU investment in Cuba and progress toward multiparty democracy are not expected to change dramatically in the near future, the pursuit of the accord is symbolic, highlighting the bloc's warmer ties with Cuba in contrast to the United States, which has maintained an economic embargo on Cuba since 1962.

EU officials repeatedly said human rights would be a core issue in the negotiations, and the European Union's ambassador to Havana said Cuban authorities had indicated that "everything could be on the table," including human rights.

"That was the message at the very beginning of the process, but now we have to set agendas and there, of course, the more difficult issues will come out," EU Ambassador Herman Portocarero told reporters in Havana.

Although U.S.-Cuba relations have taken a more pragmatic tone recently, with officials from both sides pointing to improvements, Washington has barely budged since easing Cuban travel restrictions in 2011.

The United States previously exerted pressure on Europe to isolate the Cuban government. But one senior EU official who met U.S. officials last week to brief them on Europe's plans said the EU's overtures were met with Washington's "full understanding."

The EU official also denied any suggestion that Brussels was trying to "buy" democratic reforms in Cuba, saying EU aid to Havana would remain at current levels.

Cuba has received about €80 million in development aid from the EU since 2008, according to EU data.

The EU is Cuba's biggest foreign investor and second biggest trading partner after Venezuela. One third of tourists visiting the island every year come from the 28-member EU.

Even without big surges in trade – Cuba exports little – the symbolism is huge for the EU, whose ties with Havana had been strained since Brussels imposed diplomatic sanctions in 2003 in response to the arrest of 75 dissidents.

Although the EU lifted those sanctions in 2008, the normalization of relations has been tortuous because of resistance from Poland and the Czech Republic due to their own communist past.

Warsaw and Prague now back a deal with Cuba, while the Netherlands sent its foreign minister to Havana in January – the first such trip by the Dutch since the 1959 Cuban Revolution.

The EU's Education Commissioner Androulla Vassiliou will also visit Cuba this week, a sign that high-level visits by EU officials may be resuming.

The last time Havana and the EU came close to an economic cooperation agreement was in 1996, but the Europeans called off talks in the wake of the shooting down of two small U.S. planes by Cuba off its shores, killing four Cuban exiles aboard.

As a result, the EU adopted its "common position" on Cuba in December 1996, placing human rights and democracy conditions on improved economic relations.

Havana rejects the common position as interference in its internal affairs, but Spain says this policy will remain until the cooperation accord is agreed.

"The European position appears now to realize that the common position is not a good position and has failed. Change in Cuba will never come about through external pressure," said Carlos Alzugaray, a former Cuban ambassador to the EU.

With global trade talks stalled, the European Union is trying to sign free-trade deals with fast-growing economies in Asia and Latin America, as well as with developed countries including Japan and the United States, to revive its economy.

In December 2012, the EU approved free-trade accords with Colombia, Peru and six Central American nations, giving them permanent access to the EU's 500 million consumers and offering the EU's stagnant economy new markets for its cars and luxury goods.

More recently, the EU announced plans to expand its 'Erasmus' study-abroad programme in Latin America, giving thousands of students and academics an opportunity to trade places for up to three years.