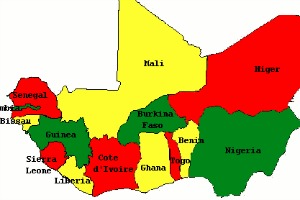 Negotiations over an Economic Partnership Agreement (EPA) to promote free market access broke down a year and a half ago amid disagreement over the speed at which West African nations were willing to open their markets and lift tariff barriers.

However ECOWAS heads of state agreed last month to implement a single customs tariff regime from 2015, allowing talks with the EU to restart.

"It was a breakthrough in Dakar in October. It's on the basis of that breakthrough that we are of the opinion that we can come to a close of these negotiations anytime soon," De Gucht told journalists at the end of a visit to Ivory Coast.

"I believe it is possible and realistic to close these negotiations within two to three months," he said.

ECOWAS's Common External Tariff aims to harmonise customs duties charged on imported goods to the bloc of some 300 million people.

The eight-nation Economic and Monetary Union of West Africa (UEMOA) – whose members form part of ECOWAS – already has a single-tariff scheme and a shared currency.

"They have also come forward with new offer for market opening for European products that we will very closely look at," De Gucht said.

The talks also involve Mauritania, which is not a member of ECOWAS bloc.

The EU is the biggest trading partner for Africa and remains its most important donor. African countries received close to €24 billion in development aid from the EU in 2007–2012. This represents 43% of EU’s total overseas aid.

The EU sees as its counterpart the African Union (AU), the successor of the Organisation of African Unity (OAU), which was was created in 2002 and currently has 54 member states.