At the June Council summit in Brussels, EU leaders asked the Commission to study ways to set up “regional disembarkation platforms” in North African countries, including Tunisia, for migrants rescued by European vessels in the Mediterranean.

Within days of the summit, Morocco and the African Union led continent-wide rejection to the EU’s idea of setting up ‘regional disembarkation platforms’ or ‘hot spots’ on their territories.

Rabat’s Foreign Minister Nasser Bourita has accused European leaders of over-reacting, pointing out that the number of migrants attempting to enter Europe has dropped to around 80,000 so far this year, compared to 300,000 in 2016.

During a visit to Tunisia on 26 October, Commission President Jean Claude Juncker repudiated the idea that the European Union was trying to set up migrant camps in North Africa.

“This is no longer on the agenda and never should have been,” Juncker told a news conference in Tunis with Tunisian Prime Minister Youssef Chahed.

Instead, it seems likely that the EU will have to settle for ad hoc solutions, and several options are now in the pipeline, including a series of ‘cash-for-migrant control’ deals with North African countries.

Having launched in September, talks between Brussels and Fatah El Sisi’s Egyptian government are ongoing, with a view to striking some kind of ‘cash-for-migrants’ agreement. A deal should hopefully be finalised by the time of an EU-Arab League summit scheduled for next February in Cairo.

While any pact will involve less than the €4 billion offered to Turkey in 2016, Egypt is likely to demand a generous package of aid and low-interest loans.

El Sisi will take over the presidency of the AU from Rwanda’s President Paul Kagame in January at a summit in Addis Ababa that will focus on migration. 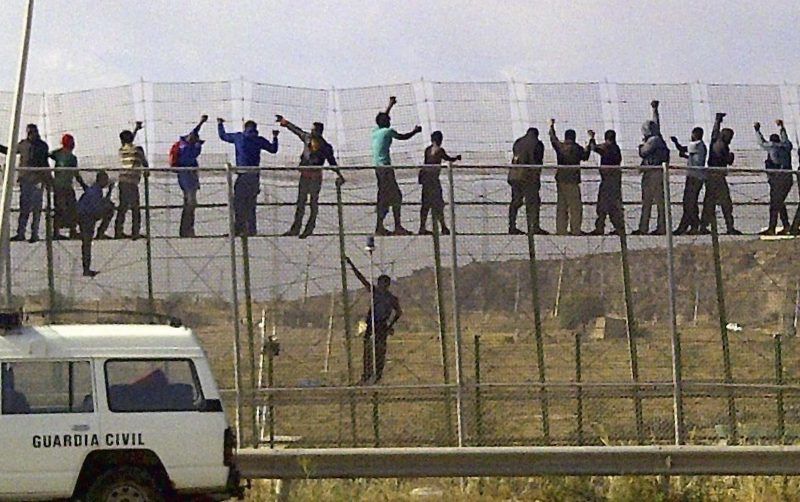 But the pressure on North African countries has not gone away.

On Thursday, Reuters reported that the Moroccan foreign ministry had imposed new requirements on citizens of Congo Brazzaville, Guinea and Mali to apply for travel permits four days before their planned arrival in Morocco. Guinea and Malian citizens account for most of the migrants arriving in Morocco, in the hope of eventually reaching Europe.

Morocco had been under pressure from Spain to reduce the number of border crossings by migrants.

The provisions on migrant returns in the successor to the Cotonou Agreement, on which negotiations between the EU and the African, Caribbean and Pacific community have just begun, are unlikely to be toughened.

Cotonou, which expires in 2020, already contains requirements for African governments to take back migrants who fail to obtain work permits or asylum, but which have not been adhered to. “African leaders will never respect these Articles on migration,” an insider to the talks told EURACTIV.

Although the African Union failed to keep its member states united behind its plans to negotiate on the basis of a ‘common African position’ in the post-Cotonou talks with the EU, it has fared better on migration. The AU’s action plan on migration was “one of the better documents on migration”, added a civil society leader.

Unlike the EU, in which Hungary, Poland and Italy are among a group of countries demanding far tougher rules on migration control than other member states can countenance, African leaders are united when it comes to migration.

“The EU is not in a position to negotiate on migration, the African Union is,” she added.

Anxious to show their citizens that they are doing something to control migration, the EU may have to opt for migration arrangements that are both piecemeal and expensive.

3 responses to “EU lowers its ambitions on African migration control”