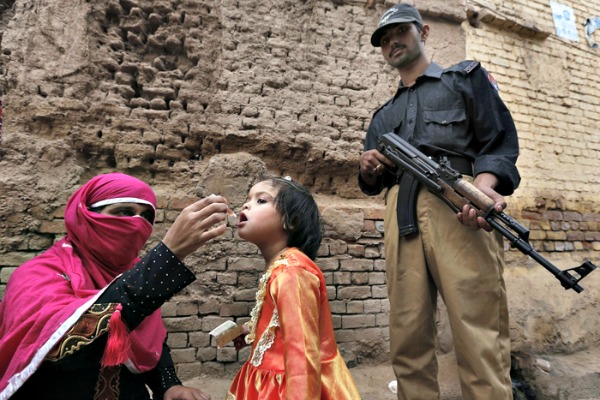 The EU has pledged an increase to its annual aid budget for vaccines and immunisation programmes from €10 million to €25 million in the 2014-2020 budgetary period, on the day that the Gavi Alliance launches a funding replenishment appeal.

“It is horrible and unacceptable that around 1.5 million children still die each year from diseases which could be prevented by a simple vaccine,” the EU president José Manuel  Barroso told a conference in Brussels today (20 May). “We are committed, in the long term, to doing all we can to make sure that more men, women and children have access to life saving vaccines, no matter where they live.”

The new revenues will go to Gavi, a public-private partnership formerly known as the Global Alliance for Vaccines and Immunisations, whose campaigns since 2000 have helped to protect 440 million children, and save six million lives.

The chair of the Gavi board, Dagfinn Høybråten, welcomed the EU’s pledge, saying that the new funds would “enable GAVI Alliance to get closer to its goal of hugely increasing its impact by 2020, protecting millions more children against deadly diseases in the poorest countries.”

Gavi is the biggest player in the global vaccination community and has received $12 billion from several funding sources to date. Three quarters of donations have come from governments, and the rest from benefactors such as Anglo-American plc, the Bill and Melinda Gates Foundation, the Opec Fund for International Development, JP Morgan and Statoil.

In the 2016-2020 period, Gavi is seeking to mobilise $7.5 billion to immunise a further 300 million children and save 5-6 million lives. Doing so would increase ten-fold the number of children fully protected by the 11 World Health Organisation (WHO)-recommended vaccines, the group’s report says. It would also generate between $80-$100 billion in economic benefits.

Gavi will now take its appeal to several fora, culminating in a final meeting hosted by Germany at the beginning of 2015, Europe’s Year of Development.

Until today, EU contributions had only stacked up 0.7% of Gavi’s funding, and several NGO’s called for an increase to €50 million over the next funding period, double the sum announced today.

But Eloise Todd, the Brussels director of the Charity ONE, told EURACTIV that President Barroso and the development commissioner Andris Piebalgs deserved great credit for raising aid spending during an overall budget freeze.

840,000 more children could be protected each year

“The €15 million of additional funding annually from the Commission means that 840,000 more children could be provided with three key vaccines to protect against some of the biggest killers each year,” she said.

When additional funding commitments to GAVI were included, today’s pledge could be worth a total of €175 million in practice, according to ONE’s number-crunchers. “We want other donors to follow the example of the EC and scale up their GAVI contributions,” Todd said.

Gavi works by reaching agreements with big pharma firms for discounts and tiered pricing and discounts in return for block purchases of vaccines, including some newer ones such as Hib and Hepatitis.

But the group does have critics within the NGO community who say that the prices it charges are still too high to allow universal coverage, and that its model prevents emerging suppliers from marketing affordable generic versions tailored to local disease strains.

Crucially, they say, the group’s focus on the poorest 72 ‘low-income countries’ neglects great lakes of the world’s poor who live in emerging economies.

“Almost 25% of the countries eligible for support are undergoing ‘graduation’ (to middle-income status) and will losing Gavi support. Many of these countries have unimmunised children,” Kate Elder, the vaccines policy advisor for Médecins Sans Frontières (MSF) told EURACTIV over the phone from Geneva.

“While we want to reinforce Gavi, it should be making key strategic shifts to ensure that their policies still cover the 22 million kids who are not fully vaccinated and whose coverage will be decreasing as these countries lose Gavi support,” Elder added.  “We are really pushing Gavi to reconsider its eligibility criteria.”

Since 2003, the EU has given Gavi €83 million, two-thirds of which has been spent in the Africa, Caribbean and Pacific (ACP) group of states. Sub-Saharan Africa accounts for around one half of all deaths of the world’s young children, and the same percentage of global maternal mortalities.

GAVI funds support 11 vaccines, including those against pneumococcal disease and rotavirus, the leading vaccine-preventable causes of pneumonia and diarrhoea, and human papillomavirus, which causes cervical cancer.

But where Gavi can offer pneumococcal vaccines at $3 a dose, NGOs such as MSF, which does not does not have access to Gavi-negotiated prices, had to pay $7 per dose of the vaccine in a recent refugee immunisation campaign in South Sudan.

Gavi is currently preparing a review of its policy which may cover, for example, allowing Hep B vaccination programmes in China. China and India contain a third of the world’s unimmunised children.

Renate Baehr, the director of Deutsche Stiftung Weltbevoelkerung (DSW), a developmental charity, said: "DSW welcomes the European Commission’s decision to double its funding for the GAVI Alliance. With the deadline for the MDGs fast approaching, and progress lagging far behind on key indicators for maternal and child health, the support announced by the Commission today is vitally important, given the huge impact that immunisation programmes have had on child mortality in low- and middle-income countries."

Eloise Todd, the Brussels director of the Charity ONE, said: “President Barroso and Commissioner Piebalgs deserve great credit for more than doubling the EC contribution to GAVI in the context of an overall budget freeze. The €15m additional funding annually from the Commission could mean that 840,000 more children could be provided with three key vaccines to protect against some of the biggest killers each year. The EC has also added additional funds to GAVI in 2014 and 2015 and made a long-term commitment through to 2020, making today’s pledge worth a total of €175m. We want other donors to follow the example of the EC and scale up their GAVI contributions. We also hope that the Commission leaves the door open to future investments to GAVI, one of the most effective life-saving mechansims in development.”

Every year immunisation helps avert an estimated 2.5 million deaths around the world, and millions more debilitating illnesses and disabilities. It is one of the most cost-effective health investments, with proven strategies that can reach the most dispersed and remote populations.