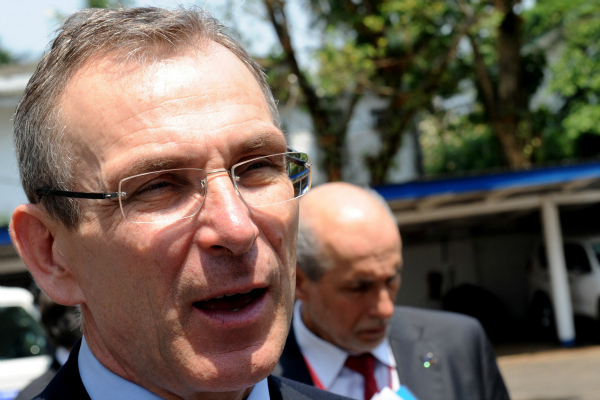 The European Commission's proposals for future global development goals, to be unveiled on Wednesday (27 February), risk running into opposition from emerging countries if they veer too broadly from fighting poverty.

The Commission’s ‘Decent life for all by 2030’ communication will map out proposed negotiating positions on the successor to the United Nations’ Millennium Development Goals (MDGs), the eight targets agreed in 2000 that were to dramatically reduce global poverty.

The MDGs expire in 2015 and a successor framework will be forged at the UN level in the months ahead. Early drafts of the communication cite the EU's support for a post-2015 framework that commits to poverty reduction through sustainable growth and natural resource protection.

Yet the EU has had a spotty record of shaping such initiatives at the international level. European leaders failed to achieve their bold plans for action on climate change at a UN Copenhagen meeting in 2009 and for sustainable development at the Rio+20 conference in June 2012.

Analysts say developing nations and emerging economic powers like Brazil, China and India have become much more assertive at international conferences since the MDGs were agreed, especially in defending unfettered economic growth.

“I don’t think anyone really believes it’s going to be that easy [to reach consensus], not least because the situation has really changed since last time around,” said James Mackie, senior advisor on EU development policy at the European Centre for Development Policy Management, a Brussels think tank.

“You have a different constellation of actors in very different positions – you’ve got all the emerging economies with more resources putting their positions more strongly in international fora, you’ve got Western countries which have been traditional aid donors in the last 50 years having trouble maintaining increases in [aid] because of the economic and financial crisis,” Mackie said. “So you have a very different situation.”

The Commission’s ‘Decent life for all’ plan is expected to say that reducing poverty will not happen unless action is taken to address climate change and depletion of natural resources. The Commission’s roadmap for the UN Conference on Sustainable Development in Rio de Janeiro in June 2012 included similar arguments.

The MDGs included an environmental component in the seventh out of the eight goals. Yet its calls for sustainable development and reducing biodiversity loss have been nearly forgotten with emphasis put on another of its priorities – reducing the number of people without safe drinking water and sanitation.

In a recent speech, EU Development Commissioner Andris Piebalgs, called for a “new vision” to replace the MDGs.

“As the 2015 deadline is fast approaching, we need to propose a new vision for the world to address key challenges ahead such as poverty, inequality or sustainable development. The EU will remain at the forefront of this process and I hope to see post-2015 agenda more comprehensive and inclusive,” Piebalgs told an MDG conference in Monrovia, Liberia, on 30 January.

Analysts say that while the MDGs have helped donors and governments focus on improving childhood health, hygiene, education and nutrition, many goals are not likely to be achieved by 2015.

In a review of the MDGs a decade after they were agreed, the British aid advocacy group Bond called the goals “badly off track.” Concord, a European consortium of charity and advocacy organisations, has cited gender inequality, insufficient donor aid and conflicts as knocking the MDGs off course in many countries.

Funding could remain a challenge for the post-2015 anti-poverty framework. The largest sources of development assistance, the EU, United States and Japan, are all under budgetary stress and poverty-fighting groups fear that foreign aid will be among the first casualties of long-term austerity measures.

Piebalgs has urged national governments not to shirk the commitment to steadily increase development funding. Still, doing so in times of domestic fiscal trauma will not be easy.

“Somewhere they’re going to have to think carefully about that before they go into the discussion at the UN,” said Mackie of the European Centre for Development Policy think tank.

The leaders called for spending €58.7 billion over the next seven years to help poorer nations, nearly the same as the previous budget. The figure must still be approved by the European Parliament.

Reacting to the report, Eloise Todd, Brussels director of The ONE Campaign said:

“The Commission says it wants to build on the existing MDGs, focus on economic drivers such as agriculture and help developing countries harness the wealth of natural resources; these are laudable aims."

“By fighting for these changes in the post-2015 MDGs, the EU can help maximize the impact of scarce development resources and accelerate progress in the fight against extreme poverty in the future,” she added.

European development ministers earlier this month agreed that the EU would speak with one voice in future international negotiations on new targets for sustainable growth and eradicating extreme poverty.

Joe Costello, the Irish trade and development minister, said on 12 February that “ensuring a unified EU position to the negotiations to agree a new global development framework” was a priority of his country’s presidency of the EU Council.

“Our aim is to eliminate extreme poverty within one generation. We believe we now have a historic opportunity to achieve this goal,” Costello said at a meeting of development ministers in Dublin.