EU and African leaders were meeting in Valletta, Malta, for a two-day summit in response to the migration crisis. €1.8 billion from the EU budget and European Development Fund was stumped up for the emergency trust fund, which will pay for measures to tackle the reasons refugees flee.

“For the Africa Trust Fund and our response to be credible, I want to see more member states contributing and matching the €1.8 billion the EU has put forward,” European Commission President Jean-Claude Juncker said as EU leaders signed the deal.

But, at time of going to press, 25 of the 28 member states, and two non-EU donors Norway and Switzerland, had pledged a total of around €78.2 million matching funds, far short of what Juncker has called for.

The European Commission has said it expects further contributions in the future. A European Council meeting will be held to further discuss migration this afternoon, although the UK and Poland are not present.

President of Senegal Macky Sall said the €1.8 billion fund was simply not enough. He added that if multinational corporations paid their taxes in Africa, and if fair prices were paid for African goods, the continent would not need anywhere near as much development aid.

Later, EU and African leaders signed a five point action plan. It aims to secure Africans’ help in returning illegal migrants to their home country and clamping down on people smugglers.

The plan offers Africans larger but limited legal channels of migration and cash to improve the economic and social situations in their countries. The fund will be the financing instrument used to implement the plan.

European Council President Donald Tusk said the EU was in a “race against time” to save the Schengen area of passport free travel. “We are determined to win that race,“ he said. “Without effective border controls, Schengen will not survive.”

As the migration crisis worsened, some member states reinstated border controls with other EU countries. Today, Sweden was the latest country to add itself to the list, which also includes Hungary, Germany and Slovenia.

Maltese Prime Minister Joseph Muscat said that safeguarding borders and renewing migration laws was vital, but not in order to create a “Fortress Europe”.

Referring to the plan and fund, he said, “This is an important first step forward but no one is expecting this to be the be all and end all.”

Civil society organisations have warned that, if they do pay into the trust fund, EU countries could divert development cash meant for schools and hospitals to checkpoints and barb wire.

Sara Tesorieri, Oxfam’s migration policy lead in Malta, said, “The EU Trust Fund for Africa must have a clear separation between development aid and security cooperation envelopes ? these have different objectives and do not belong in the same pot.”

EU officials told EURACTIV that the trust fund would not be conditional on issues such as returning migrants to Africa.

Campaigners also fears that member states could be tempted to use any future trust fund contribution to top up their Overseas Development Assistance (ODA).

In April, the European Commission said the EU would miss its 2015 ODA target of 0.7% of Gross National Income (GNI). Member states have now reconfirmed the 0.7% goal, as part of the Sustainable Development Goals, but hope to hit it by 2030, fifteen years late.

EU officials told EURACTIV that it would be up to national governments to decide how their contributions were defined.

Development aid experts told EURACTIV that any money classed as ODA would have to comply with reporting requirements.

But that did not mean countries would not try to use their contributions to increase the ODA percentage, raising the risk that development cash would be redirected to the migration crisis. Only the UK, Sweden, Luxembourg, and Denmark surpassed the 0.7% target last year.

Norway, which also beat its 0.7% target, was criticised this week for cuts in long-term development aid to pay for domestic refugee costs.

It has decided to use more than a fifth (21%) of the aid budget to cover its refugee costs ? making Norway by far the largest recipient of its own development aid.

The country will receive almost ten times more aid funds than the second largest aid recipient, which in 2014 was Afghanistan, said Save the Children Norway.

Meanwhile, officials from EU member states have been meeting in Brussels to discuss slashing the EU draft budget for 2016. Proposed cuts could reduce the EU’s chief fund for poverty eradication by nearly a quarter.

“While European leaders have been shaking hands and promising greater development cooperation with their African counterparts, their representatives in Brussels have been working to cripple the EU’s ability to fund such cooperation,” said Oxfam’s Tesorieri. 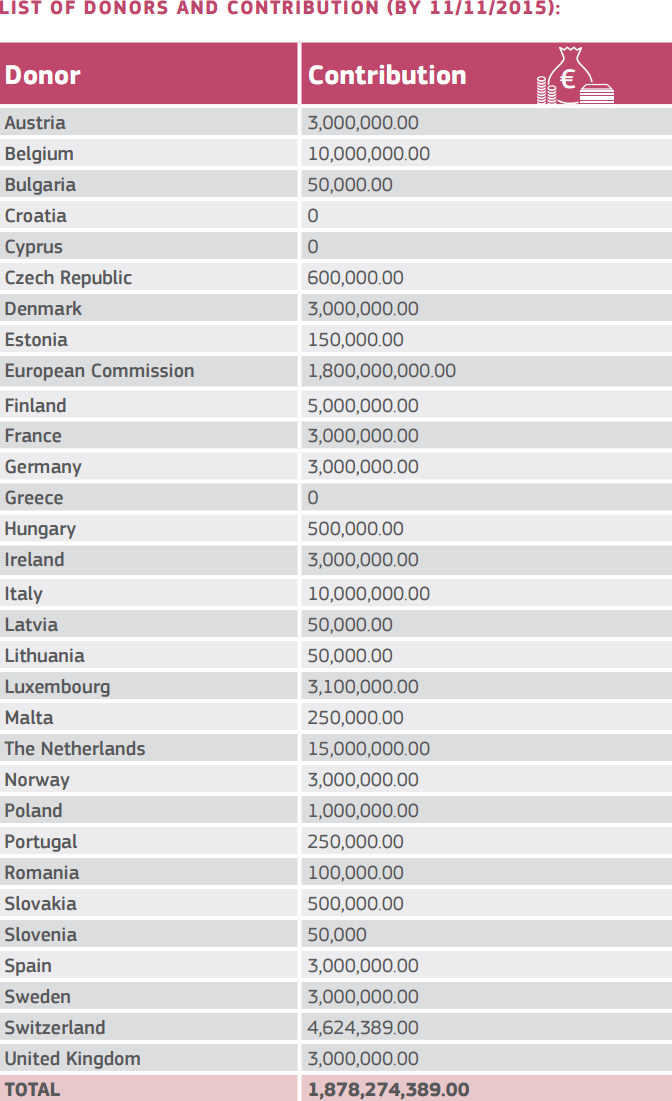 In the frontline of the refugee influx this year, Greece has been criticised for failing to implement EU law on registering new arrivals. Now, the EU plans to persuade refugees to wait in Greece for paid flights to other countries offering asylum, rather than risk dangerous winter treks through the Balkans.

During a mini-summit with Balkan states on 25 October, Athens committed to hosting 50,000 more refugees by the end of this year. Another 50,000 places should be made available in countries further north along the Balkan road. The EU has promised funds to Greece and the other countries to provide emergency help.