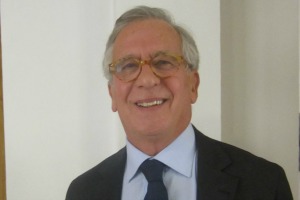 The European Union does not negotiate in the area of ??human rights, which is a sovereign issue dealt with by the Moroccan government, the former EU ambassador to Morocco, Eneko Landaburu, told EURACTIV in an interview.

Eneko Landaburu was the head of  the European Commission’s external relation directorate and the EU's Ambassador to Morocco between 2009 and 2013.

In an interview with EURACTIV, Landaburu explained that Morocco has remained a stable a country despite the presence of an Islamist party in power and the jitters caused by the “Arab spring” in the wider region.

In such a country, discussing human rights is a matter of persuasion, negotiation and political power relations, he said.

"Fortunately, the EU is very important for Morocco, so we are listening. This does not mean that we are always followed," he said.

The former diplomat explained that in terms of human rights, the EU representatives were not in a position to co-manage a policy, but "to operate as custodians, observers and facilitators at certain times and on a number of advances".

Morocco receives the most financial aid from the EU of any country in the region. The funding is aimed at modernising the Moroccan economy and helping out on social policies, such as literacy programmes, a structural problem for Morocco, where 30% of the population is illiterate and where many children have no access to schools in rural areas.

But the biggest novelty is the help which the EU now provides to the civil sector in Morroco, reflecting a re-orientation of the EU's aid policies after the Arab Spring.

“We will be more present to support the civil society, as an element that strengthens democracy and consolidates democratic progress. We are funding organisations that defend human rights and help improve the life of emprisoned persons. We are financing the Moroccan parliament for greater technical efficiency in the development of legislation,” Landaburu said.

The country has shown some signs of openness lately thanks to a new Constitution, which broadens the spectrum of human rights and liberties. But the government is not willing to abolish the death penalty yet. The debate is ongoing and Morocco is aware of the strong pressure the EU applies over the issue, Landaburu said.

On immigration, the ambassador explained that the EU is currently working on a “new agreement on mobility”, which is aimed at accompanying and helping legal migrants when they reach European soil, while combatting illegal migration.

“We call on Morocco to put in place a consistent migration policy”, the ambassador said explaining that part of the problem is that “there is not a sufficiently structured migration policy at EU level”.

Landaburu regrets that there is no European vision for immigration, as Europe has an aging population and immigrants will be necessary if it wants to continue to prosper and progress, he said.

The EU-Morocco association agreement was signed in Brussels in 1996 and entered into force on 1 March, 2000. It replaces the 1976 Co-operation Agreement.

In line with the new generation of association agreements between the EU and its Mediterranean partners, the preamble emphasises the importance of the principles of the United Nations Charter, in particular the observance of human rights, democratic principles and economic freedom.

Furthermore, the agreement includes provisions on freedom of establishment and the liberalisation of services, free movement of capital and competition rules, the strengthening of economic co-operation and the co-operation on social matters, supplemented by cultural co-operation.

Another important chapter of the association agreement refers to migration and social affairs. Since the entry into force of this agreement in March 2000, several meetings at ministerial and expert level that addressed migration and related areas have been held.

As part of this policy, the Commission received the mandate to start negotiations on an EC re-admission agreement with Morocco in September 2000. Negotiations are on-going.