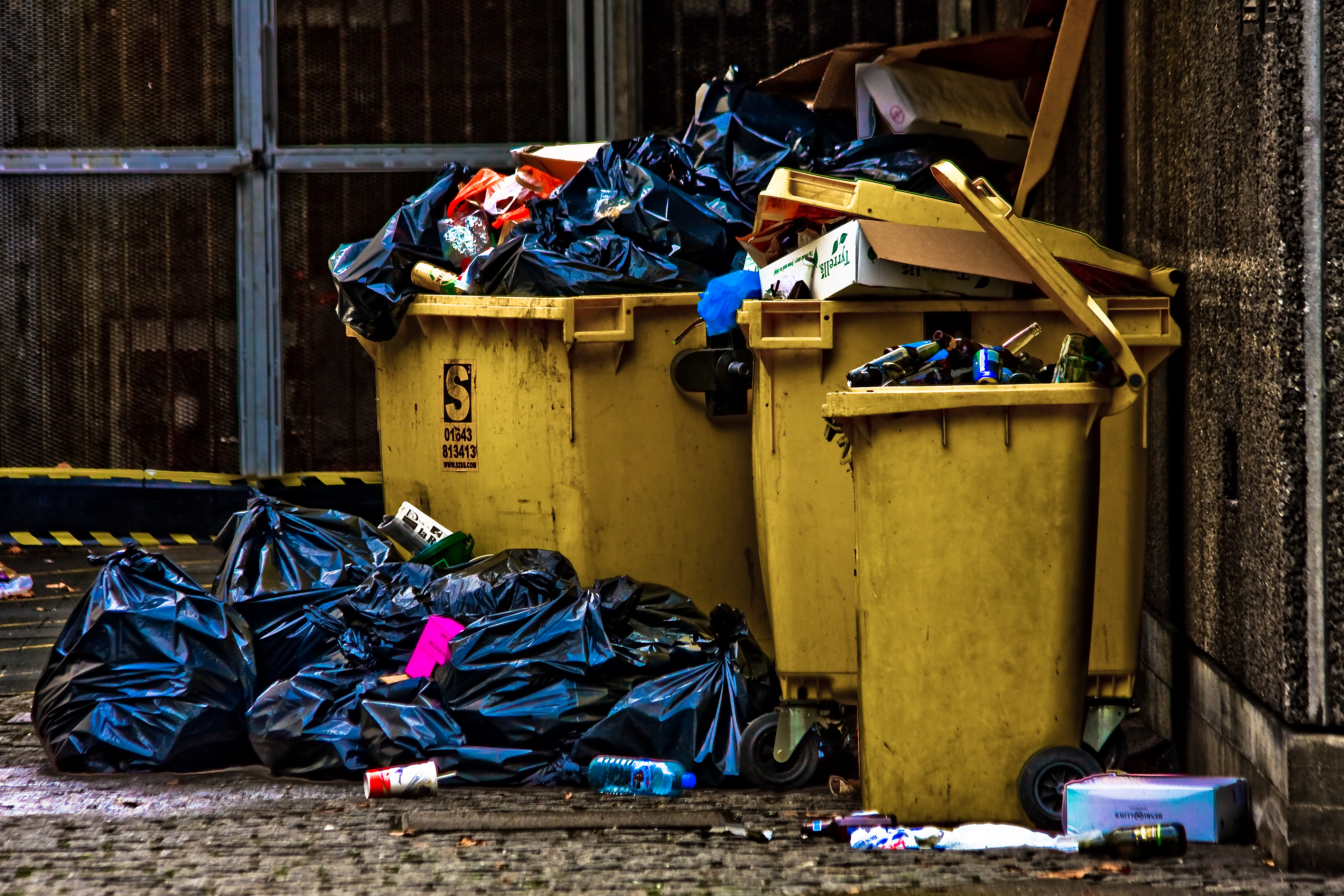 High levels of waste production are among the areas in which Germany performed poorly. [Garry Knight/Flickr]

In a few weeks, the international community will set new Sustainable Development Goals (SDGs) for the period to 2030. A number of EU states are struggling according to a preliminary SDG “stress test”. EURACTIV Germany reports.

Most industrialised nations are not ready for the post-2015 agenda. Countries like France, Germany, Greece and Hungary are far from reaching their overall targets. World leaders will meet later this month to finalise the new agenda. On Tuesday, the Bertelsmann Foundation published its findings from its “stress test”.

Accordingly, it is not just a question of industrialised nations doing more to fight poverty in developing countries. There is demand also in their own countries, especially regarding sustainable production and consumption patterns. Moreover, their economic systems often exacerbate the gap between rich and poor.

At the end of September, the UN General Assembly will adopt 17 primary targets, known as Sustainable Development Goals. They will replace the soon-to-be-outdated Millennium Development Goals. In addition to fighting hunger and eradicating poverty, the SDGs also address the issues of gender equality and sustainable economy.

The Bertelsmann study compared the 34 OECD countries, using 34 indicators within the sphere of the 17 SDGs to reach its findings. The five countries that are most likely to reach the UN targets include four of the Nordic countries; Sweden, Norway, Denmark and Finland, with Switzerland completing the list.  The study praises Sweden in particular, for its efforts in reducing greenhouse gas levels, which are currently about a third lower than what they were in 2006, in comparison with GDP.

The United States, Greece, Chile, Hungary, Turkey and Mexico failed the stress test. The US ranked among the lowest in terms of social inequality, malnutrition and CO2 emissions. 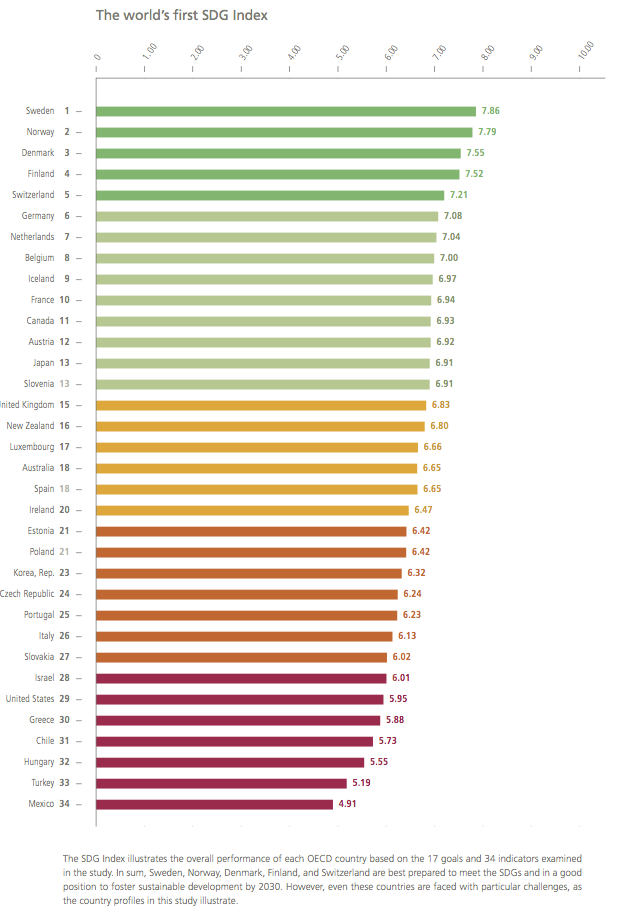 “Our study is the first stress test of the industrialised nations, based on the new target criteria,” explained Aart De Geus, Chairman and CEO of the Bertelsmann Foundation. Rich countries are no longer considered to be global leaders, especially when growing social inequality and poor resource conservation are analysed, according to De Geus.”

Pluses and minuses for Germany

Germany was ranked 6th overall in the study. In 12 of the 34 examined indicators, Germany took one of the top spots. Good performance in the areas of economic growth, employment and research and development, coupled with a relatively low poverty threshold, comparatively good social security, a low murder rate and numerous nature reserves, mean that Germany demonstrated some good results.

However, according to the study, there are also a number of shortcomings. Germany has a high waste production rate, with an average of 614 kg of waste per person per year, well above the OECD average of 483 kg and far exceeding Japan’s average of 354kg per person.

It also performed poorly in terms of sustainable agriculture. With a surplus of 94 kg of nitrogen and phosphorus per hectare of total agricultural land, soil, air and water pollution is a significant threat.

Germany also ranked low, in 27th place, regarding the amount of threatened species, due to a combination of factors such as exploitation of water resources and fine dust pollution.

Germany has to play catch up in a number of areas, said Günther Bachmann, General Secretary of the German Council on Sustainable Development (RNE), in an interview with euractiv.de. “We must reduce our ecological footprint. In a just world, we consume more resources than we would be entitled to. Our consumption of resources has led to unacceptable conditions in developing and emerging nations.”

One of the proposed SDGs is the halving of food waste by 2030.Achieving this would necessitate all countries tackling the issue together, by addressing the supply chain and the consumption of richer nations, explained Bachmann. “Our level of consumption causes inhuman suffering, from Bangladeshi seamstresses to Brazilian soy farmers,” said the RNE chief.

According to analysts, since recent sustainable development strategies have rarely led to actual changes in legislation, it is necessary to amend the national constitution. Bachmann proposes that sustainability principles be integrated into the state’s objectives under article 20. It must also be made clear that the government commits itself to the principles of sustainability. In laws or declarations, these principles would have to be explained in detail.

The expansion of the renewable energy sector, decarbonisation, recycling and sustainable fiscal policy should be among these principles. “In concrete terms, a sustainability assessment should be carried out on every law at a thematic level, not just on a formal basis. In the German parliament, laws that do not adhere to these principles must be rejected,” insisted Bachmann.

The RNE calls for a similar process at EU-level. “The Strategy for Sustainable Development was an unloved child under the Barroso Commission. President Junker should pay more attention to the issue in the future. Frans Timmermans should subject every guideline and decree to a sustainability assessment,” added Bachmann.

On 25-27 September, the international community will adopt a new sustainable development agenda that will shape the political direction of the UN member states for the next 15 years. The SDGs will supersede the Millennium Development Goals at the end of the year.