Around 100 EU electoral observers will spend two months in the country, before, during and after the 8 August poll, in a bid to ensure the key partner state remains stable.

Kenya, home to the head offices of many NGOs, receives around €100 million a year in development aid from the EU, and is seen as key ally in a region plagued by insecurity – the Horn of Africa – and drought.

It also hosts around 500,000 refugees, mainly from South Sudan, in the Dadaab and other camps, whilst the north of the country has been hit by terrorist attacks, often originating from Somalia.

Kenya has announced plans to shut down the largest refugee camp in the world and repatriate its occupants to their home countries in a move intended to counter terrorism but which has also been condemned worldwide. EURACTIV Germany reports.

Speaking to MEPs at an event in the European Parliament, Claudia Wiedey, head of the Horn of Africa and East Africa unit at the European External Action Service, outlined the risks, saying: “Kenya is an extremely important country for us.

“It is stable, it is on the move, it has achieved a lot but it is in an extremely fragile neighbourhood.

“This is not just one of the biggest missions ever, but we are also doing follow-up missions, to support the electoral process, to support civil society organisations.”

The disputed 2007 election unexpectedly, and quickly, descended into mass killings, along ethnic and tribal lines, that lasted for several months.

After Mwai Kibaki was declared the winner in December 2007, both sides alleged electoral malpractice, with the defeated Raila Odinga urging protesters onto the streets.

Early tallies of results had suggested Odinga had won. Within minutes of the result being announced, violence against Kibaki’s people broke out, ultimately leaving up to 1,500 people dead, including two MPs from Odinga’s party.

Despite the 2013 election passing relatively peacefully, fears are growing that the August election could precipitate similar violence.

Riccardo Chelleri, policy officer for Democracy and Electoral Observation at the EEAS, told MEPs that the EU observation team has had two experts on the ground in Kenya since April, with a fully-fledged team of around 100 in place by June – depending on security considerations.

“This is the most important [electoral observation mission] of the year for the European Union,” he said.

Although smaller than the election observation teams that the OSCE can mount, this is still believed to be one of the biggest ever put in place by the EU alone.

Kenya is “one of the few, if not the only, role models in the region that has democratic elections”, Wiedey added, in what may be seen as a slight at the elected but authoritarian regime in Ethiopia, another key recipient of EU development aid.

The Reverend Canon Peter Karanja, from the National Council of Churches of Kenya (NCCK), warned that the “pain of 2008, the wounds, have still not fully healed.

“Some communities are preparing again for violence – it will be harder to damp down again [this time].”

He added that “the prospects for a peaceful election are quite good…but the management of the results, the one, two, three days after the election, are they key.

“That’s when things can go south. The police will swing into very serious action if violence breaks out [with] an almost total certainty of abuse of human rights to protect those in power.”

One of the problems is that although Kenya has a relatively free media by African standards, much of it is owned by two rival political dynasties, while the remainder, according to Karanja “is a business. They like to read the political weather, and stick with those in power.”

“We cannot say they give equal coverage to all parties,” he added. 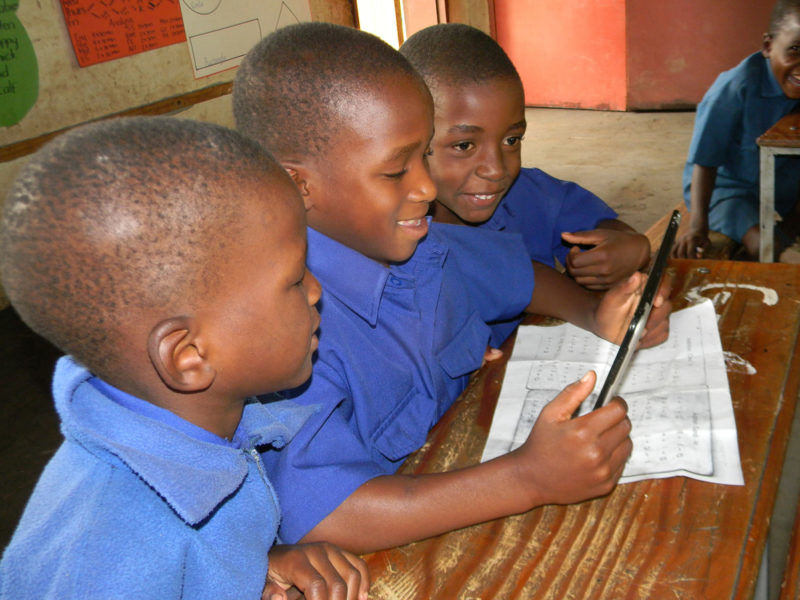 Another worry, expressed privately by officials, is Kenya’s reliance on electronic voting.

According to one senior EEAS official, speaking unattributed, “The situation is madness  – across Africa. Many of these countries have been persuaded to buy electronic systems. But if anything goes wrong, if its hacked, there is no way of checking the original voting papers – you are just left with corrupted [computer] logs.”

Karanja, who has worked with Muslim and Hindu leaders to promote inter-faith dialogue in Kenya, added: “The technology failed in 2013 [the previous election], although whether it was failure or sabotage, we don’t know.

“We have assurances the tech will work – but our confidence levels are not high. It is a matter of prayer.”